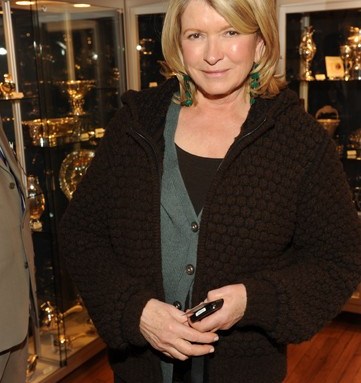 A state judge here ruled Penney’s can move ahead, for now, with its plan to set up Martha Stewart shops next spring. That’s a setback for the Terry J. Lundgren-led Macy’s Inc., which sells Martha Stewart goods under a 2006 agreement and sued Penney’s this month to stop it from moving ahead with the home goods brand.

Penney’s lawyers agreed not to violate the terms of a prior injunction protecting Macy’s agreement to sell certain Martha Stewart-branded goods exclusively, including housewares, cookware, bedding, bath and kitchen textiles, home decor and certain furniture. Judge Jeffrey Oing said he would consolidate Macy’s cases against Penney’s and Martha Stewart Living Omnimedia Inc. A trial is set to start in November.

“The real concern [for Macy’s] is J.C. Penney is on the rise — we’re transforming,” he said.

Under the guidance of Johnson, who is chief executive officer, Penney’s has eliminated coupons, streamlined its operations and is trading the department store format for one centered around a group of specialty shops. The financial toll of that reinvention has been worse than expected and comparable-store sales fell 20.3 percent in the first half.

Although still operating at a different price point, Penney’s approach is putting it in more direct competition with Macy’s, and Oing was careful not to get between the two.

“It’s one thing to enjoin MSLO because I believe the company is sort of the centerpiece of all these actions,” the judge said. “It’s another thing to enjoin a retailer from doing business.”

Oing said it was enough for Penney’s to agree not to sell any Martha Stewart-branded products in the categories under dispute. He did note that any harm Macy’s suffers could be satisfied with “monetary relief” and that he would have “no trouble telling J.C. Penney to yank all the items off the shelf” at some later date.

“We have two retailers here trying to get a share of market,” Oing said. “Macy’s consumers are different from JCP’s consumers. JCP is trying to increase the kinds of consumers that JCP has coming through their stores. That may or may not work. I don’t want to extend that [Martha Stewart] injunction any further and tie JCP’s hands.”

At the hearing, Penney’s argued that the contract with Macy’s doesn’t cover designs by Martha Stewart that don’t bear the brand’s name.

The judge noted, “If you’re going to sell it in a store-within-store concept…it’s almost like putting a mark on the product.”

But Penney’s lawyer, Epstein, said Macy’s was trying to get more than it got when it negotiated its deal with Martha Stewart.

“The contract does not say that any idea that [Martha Stewart] comes up with in the middle of the night in flatware, that’s Macy’s,” Epstein said. “Macy’s did not buy MSLO’s brand. They didn’t hire its designers. Macy’s bought the branding; they didn’t buy the brand.”

The judge pressed Macy’s attorney, Theodore Grossman of Jones Day: “They want to sell a spoon….If it’s not branded with the trademark, it’s not an exclusive product” under the Macy’s agreement.

“It’s not an exclusive product, but that doesn’t mean they can sell it,” Grossman replied.

Under the terms of the Macy’s contract, Martha Stewart is allowed to sell branded goods at its own stores, and lawyers for the home goods firm have argued that the Penney’s shop-in-shops qualify under that provision.

“It is the MSLO store provision that J.C. Penney is relying on to sell this item with a wink,” Grossman said for Macy’s.

The judge said that it was up to Martha Stewart to adhere to his earlier injunction and that Penney’s was “on the sidelines waiting for someone to ask them to dance.”

A Penney’s spokeswoman said the firm was “pleased with the outcome” and a Macy’s spokeswoman said, “J.C. Penney has agreed that it won’t sell Martha Stewart-branded merchandise in our exclusive categories as long as the MSLO injunction is in effect….We expect to continue to exclusively sell Martha Stewart-branded merchandise in categories such as cookware, kitchen utensils, bed and bath for the term of our contract, which currently extends to January 2018.”