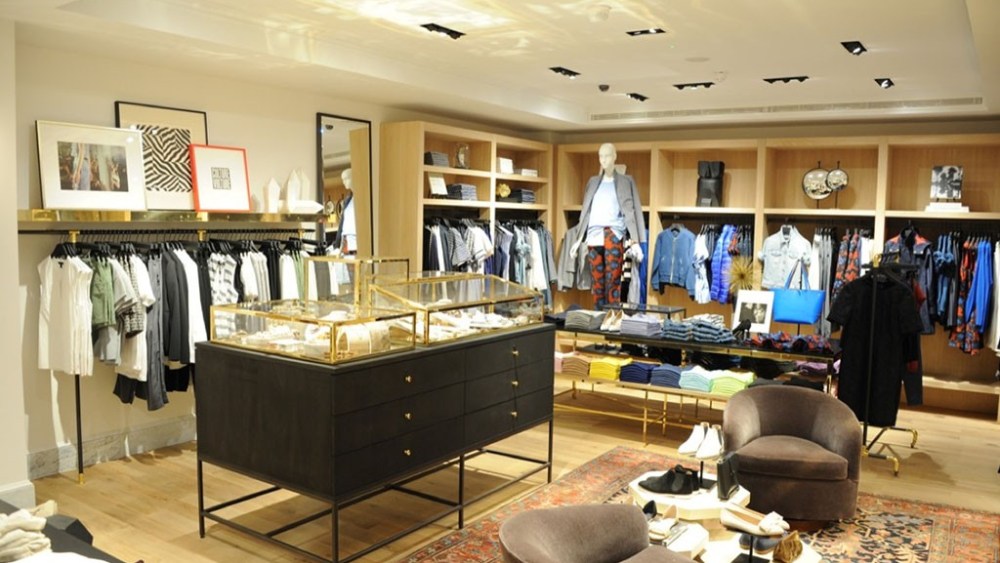 CREW’S NEWS: J.Crew is making more inroads in Europe, with the opening of its fifth London unit this week, at 19 Marylebone High Street, the buzzy retail thoroughfare just north of Selfridges, and not far from Baker Street.

Interiors are similar to the other J.Crew outposts, with reclaimed oak floors and brass fittings, while the century-old dark wood double doors at the front are an original feature. Artwork includes a mix of vintage magazine covers, collages, exhibition posters, prints and sketches by Sonia Delaunay, Hugo Guinness and Max Farago.

Next up is a 1,000 square feet branded space at Harrods for the J.Crew children’s collection, Crew Cuts, set to launch at the end of April. The brand is also looking to open another men’s only store in East London in the fall. Next month, J.Crew is slated to open its first unit in Paris, a women’s only store that measures just under 2,000 square feet on Rue Malher in the Marais.