JD.com Executives Have Alibaba in Their Sights

The company invited a group of foreign journalists to its headquarters here, home to 13,000 of the group’s 120,000 employees. 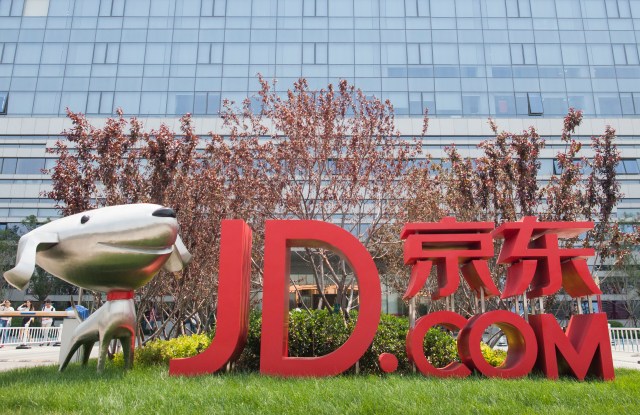 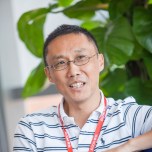 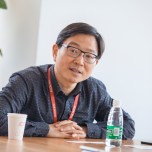 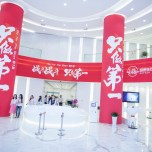 BEIJING — JD.com has managed to stay out of the line of fire in recent months.

Unlike e-commerce giant Alibaba, JD.com, China’s other major online shopping company, has not faced direct public scrutiny from the Chinese government for alleged unfair business practices. Nor has it had complaints lodged against it with the U.S. government by a fashion trade association over claims counterfeit products are for sale on its platforms. It has also not been sued by a major luxury group over alleged trademark violations, among other charges.

Most recently, JD did not deal with several luxury brands departing from the Washington, D.C.-based International Anticounterfeiting Coalition. Gucci and Michael Kors were among members that reportedly left over the fact that Alibaba was granted membership to the nonprofit in April. After the IACC suspended Alibaba’s membership, the group’s founder and executive chairman Jack Ma canceled his keynote speech at the IACC’s annual conference held Thursday in Orlando, Fla.

JD executives say they have, so far, not been seeking an IACC membership. They say they may pursue it in the future if the organization reinstates its general membership category, now suspended.

It appears JD is trying to capitalize on Alibaba’s embarrassment. The company invited a group of foreign journalists to its headquarters here, home to 13,000 of the group’s 120,000 employees, this week so that, according to a spokesperson, reporters could “be more familiar with us and our executives.”

Similar media roundtables are planned in coming weeks. Topics range from JD’s efforts to combat fake products, which have also been an issue for the company, to technology innovations and marketing strategies.

Such events — featuring extensive, on-the-record conversations between Chinese executives and foreign journalists — could also signify that an already existing rivalry is becoming more intense as both Alibaba and JD race to penetrate the country’s vast online retail market, which — while already big — remains relatively low in terms of a percentage of the country’s overall retail spend.

The question remains whether JD will be able to catch up.

Executives say JD is the “largest retailer in China, both online or off-line.” Similar to Amazon, JD purchases products from brands to sell to consumers. Inventory is stored in JD’s some 43 million square feet of warehouse space in 50 cities. The company owns its logistics operations. It also has a smaller business-to-consumer division with around 100,000 brands selling directly to customers.

In contrast, Alibaba’s core business resembles that of a shopping mall operator, creating platforms for brands to open online storefronts on Tmall.com. It also has a large consumer-to-consumer business, Taobao.com.

While JD executives say they continue to see robust revenue growth, the company has yet to be profitable. For the first three months of 2016, it reported a net loss of $141.1 million. Alibaba’s net profit for the same period was $832 million. JD has around 170 million active users. Alibaba has 423 million.

“I think the economic slowdown has probably had an impact on us,” Shen said.

The company is using catchphrases such as “peace of mind” and “quality life” as part of a concerted push to make its brand synonymous with reliability.

While Chinese historically have turned to the Internet for bargain hunting, “more and more people are looking for quality and authenticity,” said Chen Zhang, chief technical officer for JD Mall. “Pricing is now not always the most important thing. More and more consumers care about quality, particularly upwardly mobile consumers.”

How the authenticity push will play out in more rural areas where consumers have far less exposure to brands — and where there is huge growth potential — remains unclear. Zhang said data analysis of consumption patterns in Beijing alone showed vast differences in product choice and the amount of money spent in the relatively poorer outskirts versus more affluent inner-city areas.

Zhang spoke extensively about JD’s development of drones to serve “remote locations not benefiting from e-commerce.”

“There is a significant population not being served,” he said.

JD executives said that in 2015 for the first time sales on B2C platforms overtook those on C2C platforms. Shen said JD does find fake products among some of its merchants using its B2C marketplace. The company takes immediate action to remove the products, he said. A seller of counterfeits also is immediately banned from the site, even for a first offense.

“We have a zero tolerance policy” for counterfeits, he said, adding that counterfeits are still a major problem in China. “But there is no question that the marketplace is harder to police than direct sales.”

Mobile is becoming central to China’s e-commerce ecosystem with transactions via smartphones and other devices now outpacing those on personal computers for both JD and Alibaba.

JD executives say they’ve observed that shoppers using their phones make faster purchasing decisions, care less about price and more about authenticity. To leverage this behavior, JD is launching digital campaigns for brands on social media platforms operated by Tencent, an Internet company that owns a 20 percent stake in JD.

The marketing campaigns center on WeChat. JD and Tencent share data to identify target customers, helping brands gain more visibility and promote products on the app, which in turn leads to more transactions with JD.

Japanese skin-care brand SK-II amassed 20,000 followers on WeChat in one day as a result of the branding tool, according to JD. Upon the release of one of its latest smartphones, Samsung sold 35,000 handsets, priced at 5,888 yuan, or $900, in an hour. The WeChat tool is now available for brands to use worldwide.

Aside from digital and traditional marketing strategies, there is also the Chinese phenomenon of the so-called shopping festival. JD has its own festival, a day when brands offer discounts and other promotions, coming up on June 18, which marks the company’s anniversary. Other e-commerce companies, including Alibaba, also hold promotional events on the date, according to JD.

Then there’s Single’s Day. JD said it received 30 million orders last year, double the amount from the Nov. 11 festival in 2014.

“Of course, there is a big, big party [at Alibaba],” said Laura Xiong, JD.com’s head of marketing. “We all see that. It’s a huge blast.”

JD is branding this year’s June 18 shopping festival as “Quality Product: Party On.”

“We want to encourage the whole society to anticipate this big celebration,” Xiong said. “This is the first time we actually give some meaning to our anniversary.”

Shen, the JD Mall ceo, describes e-commerce as a “perfect storm for China.”

Demand for better customer service and a more diverse product selection has outpaced a still maturing brick-and-mortar retail sector still struggling to meet the needs of increasingly savvy consumers outside of first-tier cities, like Beijing and Shanghai.

But e-commerce is emerging in arguably one of the most cutthroat tech sectors in the world. Major foreign players, for example Google, have experienced massive failures here. Domestic companies are known to use tactics, however unfair, to gain a competitive advantage. Government regulation is intermittent.

Ultimately for China’s two main e-commerce players, it may not be the meaning behind the party, but the tactics deployed to get as many people as possible to show up.

“It is a very, very, very competitive market,” Shen said. “Chinese entrepreneurs have every incentive to win. It is everything for them. I think you shouldn’t underestimate that.”