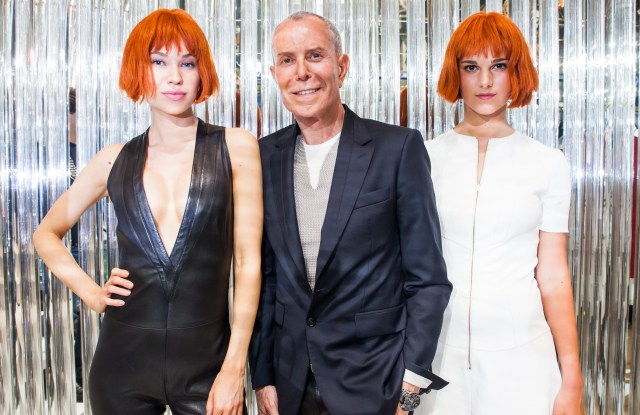 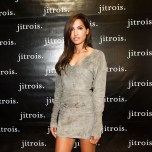 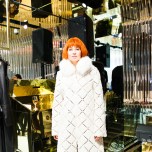 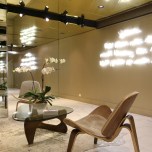 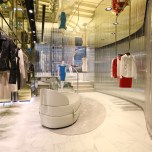 Jitrois, a luxury leather label worn by celebrities from Cher and Elton John to Cindy Crawford and Heidi Klum, on Tuesday opened its first U.S. flagship, a 700-square-foot store at 959 Madison Avenue between 75th and 76th Streets. The flagship is estimated to do sales of $2 million in its first year, $3 million in its second and $4 million in its fourth, said Jitrois chief executive officer Gilbert Maria. “We plan to develop our own freestanding stores across America,” he said, citing Miami, Los Angeles and Las Vegas as target cities.

Jean-Claude Jitrois, founder of the luxury leather brand, attended a party on the eve of the store opening, wearing a silver mesh vest and skintight leather pants. The store is licensed to Annette Presley, a New Zealand entrepreneur and cofounder of Slingshot, one of the country’s largest Internet providers, which she recently sold, and Jodi Shelton, founder and ceo of Shelton Group and Global Semiconductor Alliance. Shelton downplayed the big differences between technology and electronics and fashion, saying only that they met Jitrois “serendipitously” in Paris.

“They completely bought into my philosophy,” Jitrois said.” We loved it because the customers are so loyal,” Shelton said.

The brand has a cult following for its styles, which range from full-on aggressive carved leather dresses in bold colors that mold to the body to paper-thin suede slipdresses in natural shades of gray and moss and delicate perforated leather jackets. Mostly, Jitrois is known for its heavily embellished leather items such as a white leather jacket for $13,150, with appliquéd white roses in which petals are lined with red, blue and yellow suede. As the jacket wears, the petals lift to reveal more color.

“I have very sweet memories of America,” Jitrois said, sitting in the store’s lower level as models did turns in various outfits including a sheepskin coat embroidered in a diamond pattern and a striped top, $4,250, made of leather strips alternating with silk. A white dress with embroidered roses on the bodice is $8,100. “I have longtime customers living on Madison Avenue. My American debut started a long time ago. I used to do trunk shows. They were like Tupperware parties.”

Typical Jitrois collections feature 280 items, including stretch leather and washable leather. Buying a piece “is an emotional charge,” Jitrois said, “but it’s very expensive. It stays in your wardrobe and stays in your life. Lady Gaga and Carla Bruni wear Jitrois, but they don’t wear the same part of the collection.”

Jitrois explained that leather sliced very thin and bonded to Neoprene feels as soft and thin as cotton. To remove any doubts, an assistant fetched an iron and began ironing his leather shirt. Jitrois called a particular kind of leather used by the company planger, or dipped in water. “There’s no imperfection in the skins,” he said. “The lambs need to be bred in a nice environment” with no overcrowding.

Jitrois had his first brush with leather when he was a child and saw his father, a pilot, wearing a leather flight jacket. His first job was as a child psychologist. “I realized you must reinforce the ego,” he said. “One way was to dress them in a strong way.”

Presumably, Jitrois didn’t dress his charges in leather. That came with his next career, when he decided he would “give women something to make them stronger and more able to face the world.”