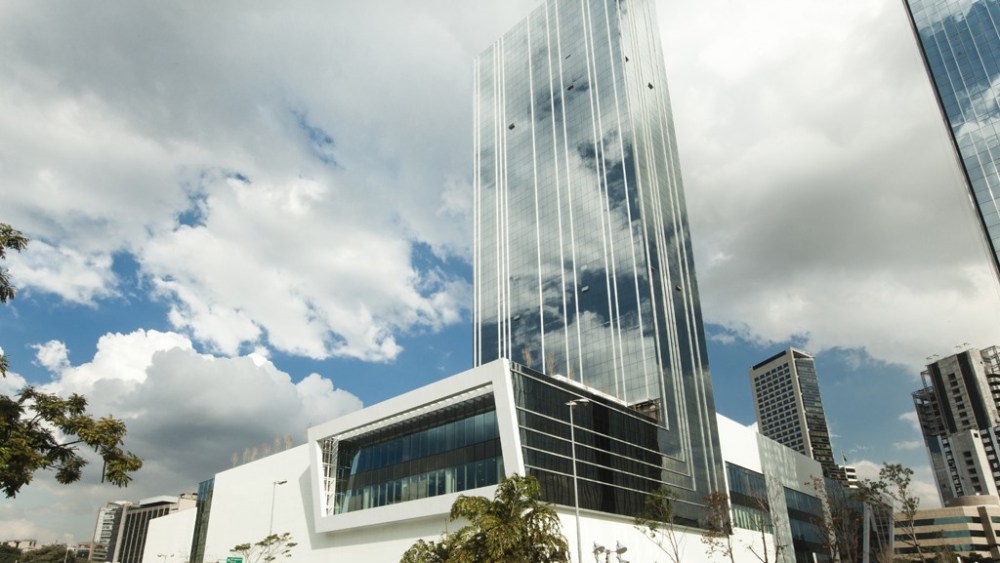 SAO PAULO, Brazil — It was a very sunny Sunday — after the rainiest start to winter in nearly seven decades in São Paulo — and Parque do Povo was packed with cyclists, children and runners. So the odds were against scores of people packing into an enclosed shopping mall.

But 70,000 people did exactly that on the opening weekend of the JK Iguatemi mall here. Last last month, the mall, Iguatemi Group’s 13th in Brazil and third in São Paulo, finally opened. It has been plagued since its original opening date, which was planned for April 18, largely by infrastructure and road requirements set forth by the city. The 65-day delay was estimated to have cost about 40 million reais, or about $19.6 million, in lost sales for the period, and does not include other costs, like paying staff that was not yet able to work so as not to lose them. (One of the current hot topics in local retail circles is how hard it is to find experienced workers for the luxury retail market. Store managers are the most important and in demand.)

The mall is the new home to stores including the first Van Cleef & Arpels, Lanvin, Miu Miu and Topshop units in Brazil, plus a mix of shops like Bulgari, Prada, Kate Spade, Chanel, Diesel, Hugo Boss, Nicole Miller, Adidas, Lacoste, Zegna and Zara.

About 20,000 cars over the opening weekend formed lines on Avenida Juscelino Kubitschek to enter the parking lot, filling the 3,000 spaces available. On a perfectly smooth sidewalk — something quite rare in this city — people strolled by long stretches of windows as if they were walking down Madison Avenue.

From the outside, they could easily peek in the windows of Bottega Veneta’s second store in Brazil and the first with ready-to-wear, and the first Dolce & Gabbana in the country. Previously, the brand’s only Brazilian outpost was at Daslu.

The 7,500-square-foot store is operated directly by the house and filled with capsule collections set to work as a barometer of local tastes. This month, the store will offer a made-to-measure service and the fall collections. A shirt costs 1,000 reais ($482) — reflecting prices up to 30 percent higher than in Italy. That’s the aim of most of the brands here — a welcome relief, since product usually costs 80 percent more here for international brands, owing to import duties.

“It’s hard to believe on such a beautiful day people would prefer to come to the shopping center,” said one salesperson at Burberry, which is selling summer and fall merchandise.

On opening weekend, the food court was so packed that Burger King had to close temporarily during the lunch hours. They sold out of burgers and had to wait for reinforcements to continue service.

“This is what people want: comfort, security and a feeling of space,” said a worker at Ermenegildo Zegna’s biggest store in the country.

The mall has 189 stores, 60 of which are international brands, and 30 of those are new to the Brazilian market.

On the ground floor of JK, where all the major brands are concentrated, there is only one spot still open for rent. Sources say several European brands, including Valentino and Yves Saint Laurent, are among the stores exploring options.

Corridors stretch from about 50 to 80 feet wide.

“The ceiling is so high, you feel as if you are outside,” said one shopper.

Part of the attraction of the project is its architecture: a building made of glass that enables people to see the streets and surrounding area, from the cars whizzing by to the 1,200 trees in the Parque.

“We are a tropical country with beautiful natural light,” said Carlos Jereissati Filho, chief executive officer of Iguatemi Group, who said the mall was designed so it wouldn’t separate people from the sky, the weather or the sense of time. “I wanted that transparency very much.”

It was also Jereissati’s idea to keep the architecture as discreet as possible, opting for off-white polished floors, to work as a canvas “for the stores to shine.” The ends of major corridors, traditionally coveted by the brands, were reserved for ceiling-to-floor windows.

“We never had stores so big, so deep in [floorspace] — which also means depth of product,” he said.

The other major statement is the Van Cleef-meets-Topshop mix. “I believe in high-low, in local-global, art-commerce,” said Jereissati, who plans pop-up exhibitions of Iguatemi’s art collection in one of the corridors. “That’s the way contemporary people consume.”

That mix was critical in the decision for Van Cleef to enter the Brazilian market, said the firm’s chief, Nicolas Bos.

Topshop had a line of 150 people waiting for it to open. Merchandise arrived at the last minute so it would be in synch with what’s available abroad.

Despite the long wait, some stores weren’t completely ready. Some labels didn’t have prices marked in reais, nor the sizes adapted to the local market. Van Cleef’s windows were empty, with busts waiting for sparkling jewels from the collection Caresse d’ Eole. Chanel and Prada, across from each other, remain closed, as well as Gucci, Christian Louboutin, Ladurée and three other Richemont brand’s: IWC, Panerai and Jaeger LeCoultre.

This is the first time Brazilians will experience a monobrand watch store — timepieces are typically sold in jewelry stores.

There were curious people as well as heavy shoppers, especially at stores such as Tory Burch, Kate Spade and Coach. Many midtier brands (or “democratic luxury,” as people like to call it here) are new to the local shopping landscape. Vendors welcomed clients asking whether they had heard of the brand previously.

The mall did not promote its opening with parties or a major advertising campaign. Vendors from the lesser-known brands worried that the lack of promotion would hurt their sales, since Brazilians are very keen on big names. Shoppers were overheard saying things such as “It’s famous in New York, right?” Curiously, all the publicity generated by stories in the media related to the delayed opening seemed to have the effect of an aggressive ad campaign.

At Tory Burch’s second store in the country (the first opened about a month ago in Iguatemi), Reva’s ballerinas, one of the brand’s signature products, were highly sought after and sold for 600 reais ($290). “I prefer to pay a little bit more for an imported product than 400 reais ($190) for Brazilian shoes that copy a trend,” said one consumer. “It’s creative and the quality is good.”

The offerings from Coach, Kate Spade, Burch and Zara Home are so extensive that people seemed, in some cases, more seduced by the sheer variety of product.

The horizon of Brazil’s shopping experience is just starting to expand.

A study by A.T. Kearney shows Brazil is a top target for merchants because there is less political and economic risk than China, Russia and India. Among emerging countries, the per capita expenditure is $5,500, compared to the United Arab Emirates ($9,120), China ($1,460) and India ($711).

Owned by the Jereissati family, Iguatemi Group is credited with opening the first mall in the country, the Iguatemi, 45 years ago. With 11.3 million inhabitants (6 percent of the total population of Brazil), São Paulo is the country’s capital of luxury and wealth, home to 70 percent of the nation’s billionaires (21) and 22.5 percent of Brazilian millionaires (29,000). The city ranks sixth in the world for high-net-worth individuals.

For the past decade, Jereissati has been acting as a kind of Brazilian high-end market ambassador, meeting with fellow ceo’s to offer a perspective on local business opportunities.

Just before JK’s opening, he talked about laws put into effect in the past couple of years that mandate improving the infrastructure of the country to facilitate business, and pointed out that the luxury market has accelerated faster than the government’s ability to respond to the changes.

Specifically, Jereissati was referring to the city’s 2010 “counterpart law” that says major construction projects are to invest up to 5 percent of the total cost of the site in public roads, exits, viaducts and other infrastructure improvements.

JK has already invested 52 million reais ($25.5 million) on widening two major roads: Avenida Juscelino Kubitschek, where the entrance to the mall stands at number 2041, and about five miles of the 14-mile extension of Marginal Pinheiros, the major eight-lane highway that runs along the Pinheiros river, crossing the megalopolis from north to south.

It also installed monitoring cameras to the service of CET (Companhia de Engenharia de Tráfego), São Paulo’s equivalent of the Department of Transportation; an underground garage for public buses, and signs for pedestrians. Starting in late 2007, Jeressati said the group invested 10 million reais ($4.9 million) to transform a 1.2 million-square-foot abandoned and dangerous parcel in one of the most expensive areas of the city into the Parque do Povo. This year, Iguatemi Group is set to invest another 42 million reais ($20.6 million) on a viaduct — expected to be ready in seven months — and bike routes.

The whole complex — the 1.2 million-square-foot mall plus three office towers, each with 19 floors — won’t be completed until 2014.

Jereissati pointed to the skyline, viewed from his contemporary building, a project by Miami-based Arquitectonica with interiors by Parisian firm Carbondale.

“From our rooftop, São Paulo is another São Paulo, with fewer buildings in the Morumbi neighborhood and the green along the river. It’s like seeing Central Park from the Met,” he said.

On the ground, São Paulo still has a lot to do to catch up with New York. “I am optimistic,” the 40-year-old ceo said. “Brazil is not frozen, but moving very fast. What we have to do to keep walking is to work together, public and private sectors, at the same pace.”