The Canadian brand's first freestanding unit in the U.S. will be followed in the spring by a flagship at 510 Fifth Avenue and 43rd Street. 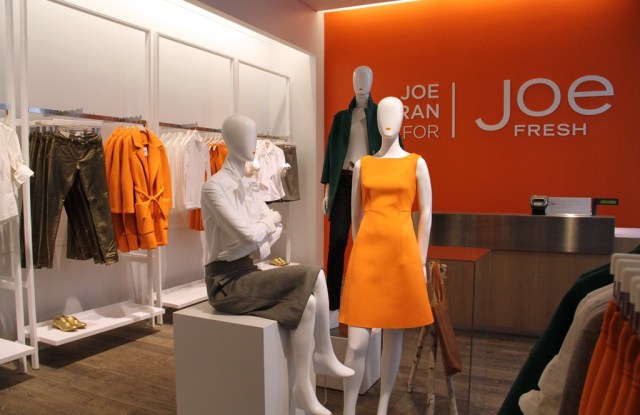 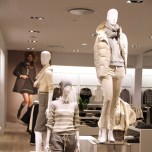 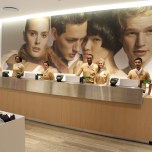 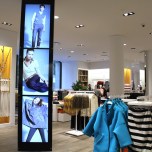 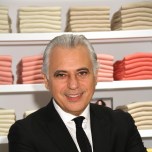 NEW YORK — There will be no loudspeakers blaring, “Clean up in aisle six” or “Price check,” at the 9,800-square-foot Joe Fresh store opening today at 110 Fifth Avenue and 16th Street here. The company’s first freestanding unit in the U.S., the store will be followed in the spring by an 18,000-square-foot flagship at 510 Fifth Avenue and 43rd Street.

The Canadian brand is sold in 330 Loblaws and Real Canadian Superstores. While the Fifth Avenue unit is filled with tangerine Neoprene coats and dresses, strawberry V-neck cashmere sweaters and puffer jackets and T-shirts in 32 colors, there’s no fresh produce in sight. “There’s something about the edible colors of the supermarket that becomes part of the brand’s essence,” said Joseph Mimran, founder of Joseph Mimran & Assoc., who created Joe Fresh five years ago. Mimran launched Club Monaco in 1985 and sold it to Polo Ralph Lauren Corp. in 1999.

Mimran clearly sees opportunity for Joe Fresh outside Canadian supermarkets. “What really distinguishes us is the hand feel of the sweaters,” he said. “We try to belie the price. There are a lot of players in this niche. We want to give [Joe Fresh] a voice.” In the U.S., the line is being branded Joseph Mimran for Joe Fresh.

Women account for 85 percent of Joe Fresh customers, but the men’s business is starting to grow. Mimran said Joe Fresh has a big opportunity in accessories and footwear. Newborn, toddler and kids collections are sold at Loblaws and Mimran wants to bring those to the U.S. at some point. He declined to discuss sales volume, citing the ownership of Loblaw Cos. Ltd., which is in a quiet period.

The brand, which produces thousands of stockkeeping units, makes 13 deliveries a year. A short fringe skirt in fake leather is $39, V-neck cashmere sweaters, $69, fake shearling coats, $99, and turtlenecks, $14. Promotions for the opening include a down packaway jacket for $5 for the first 300 customers who spend at least $50. Items marked down from $39 to $19 include silk shirts, slim jeans and merino V-neck sweaters. A full cosmetics collection is “very true to our idea of beauty,” Mimran said. “Everything’s natural.”

Joe Fresh occupies the former Esprit space. Before that, it housed Emporio Armani. “This is not far from my stomping grounds,” Mimran said, referring to Club Monaco on Fifth Avenue and 20th Street. Asked if he missed working with higher-priced collections, Mimran said he’s exposed to that by his wife, Kimberley Newport-Mimran, who designs Pink Tartan.

“I believe there’s more of a design challenge at these price points than at higher price points,” he said. “I think Joe Fresh’s supermarket heritage is what gives it its charm. It shows the democracy of fashion.”