Johanna Ortiz is the latest in a string of smaller brands to build an international audience with social media. 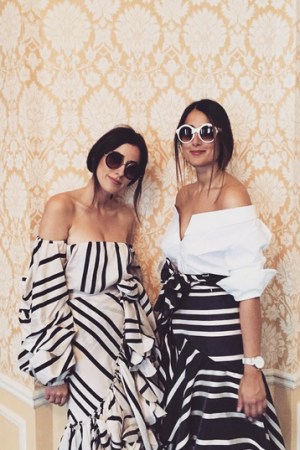 Johanna Ortiz went from relative fashion obscurity — having spent more than a decade quietly selling her line in few doors in South and Central America — to a plum spot on the New York retail scene in a year’s time.

Today, Bergdorf Goodman will launch the Colombian-based designer, hosting a breakfast in honor of the arrival of her resort collection. It’s the first American retailer to carry the line in-store. Luxe e-commerce site Net-a-porter will follow suit later this month. Her collection is now sold in 14 countries, including Bahrain, Kuwait, Turkey, Taiwan and the U.K.

Ortiz largely credits this to her social media exposure from influencers such as Leandra Medine of the Man Repeller and Olivia Palermo, who have 1.2 million and 2.8 million followers on Instagram, respectively.

Johanna Ortiz is just the latest in a string of smaller brands to use their digital savvy to build an international audience and woo big name retailers — from Kiini with its poppy, crochet detailed bikinis to Vita Kin and its embroidered frocks.

About a year-and-a-half ago, Lauren Santo Domingo, cofounder of Moda Operandi, commented on a photo posted by Ortiz on the brand’s Instagram account (@johannaortizofficial), which has more than 70,000 followers. The image was taken during one of the designer’s fashion shows in Colombia, and Santo Domingo was alerting one of her buyers to take a look at Ortiz’s new collection. Santo Domingo had known Ortiz socially for years, but they had never worked together.

“I wrote an e-mail to Lauren, and I asked her for advice and to see my collection. She’s an influencer,” Ortiz said. “Her feedback was that she wanted to see the collection in person and that’s when it started.”

The designer flew to New York City to show Moda Operandi the collection and in December of last year the e-tailer hosted the first Johanna Ortiz trunk show. Santo Domingo called the designer’s “Tulum” shirt, the “shirt of the summer,” noting that the e-tailer sold hundreds of the $500 to $550 top. Ortiz’s resort 2016 show was one of the site’s “best performing trunk shows to date,” according to Santo Domingo.

Ortiz said: “We were sold in a small market [before]. I was never known around the world. The Middle East was so unreachable for me, and now I’m selling in a lot of places there.”

Kiini designer Ipek Irgit has also found a direct correlation between social media and an uptick in sales.

In a year’s time she went from having fewer than 10,000 followers on Instagram to 155,000 and saw her wholesale accounts tripled. Net-a-porter, Everything but Water, Shopbop and Matchesfashion are among the 80 stores and e-commerce sites that sell the $285 bikinis.

“The champions are the people who put it on and snap a pic,” Irgit said. “It just happened really organically, and it’s for sure much more genuine than top-down advertising or telling people how and where they should wear it and what they should look like.”

“Traveling became a lifestyle rather than just taking a vacation. And people use social media to document it,” she added.

The Turkish-born designer is jetting off to Asia next week to oversee production of a new batch of suits. Materials are gathered at a facility, she explained, and then each bikini is sewn by hand by a crochet maker. For the spring season, she will release a one-piece silhouette, as well as additional bikini styles and colors.

No doubt, it will make the rounds online.