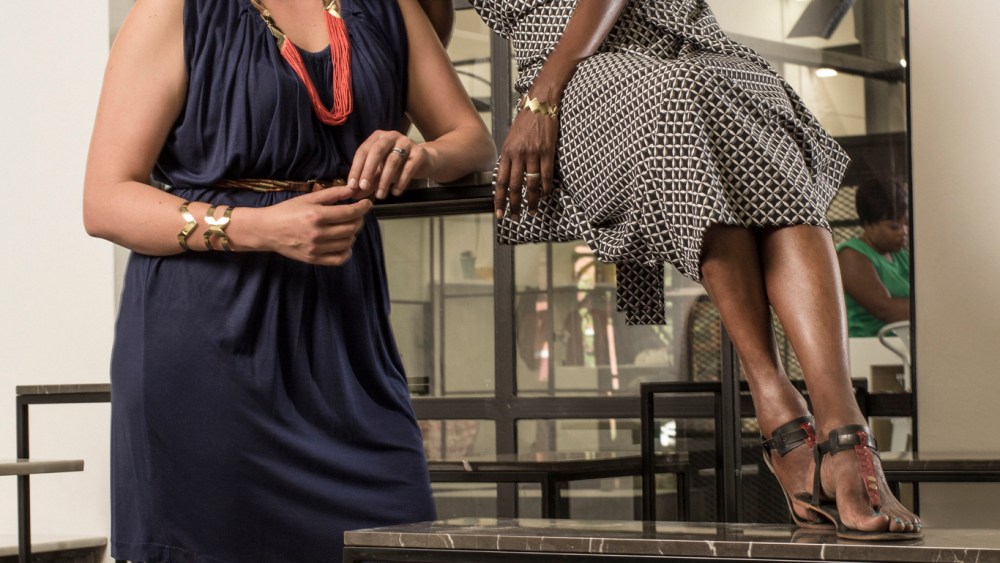 The current state of political and economic turmoil in South Africa, which saw the currency lose up to 17 percent of its value in a single week, may end up benefiting local designers.

With the exchange rate hovering past 15 South African rands to the dollar, the prices of imported clothing are likely to rise, making even fast-fashion purchases a luxury.

Last month, lines snaked around the massive Sandton City shopping center for at least a mile as eager shoppers waited for H&M to open its doors in Johannesburg, with some camping out as early as 3 a.m. The store opened for trading at 11 a.m.

H&M’s opening came on the heels of an encouraging uptick in retail growth rates in South Africa, according to Statistics South Africa, with the textiles, clothing, footwear and leather category posting year-on-year retail sales growth increase of 5.1 percent for the month of October.

Now that the lines at H&M have long cleared — and given the rand’s weakness — retailers specializing in locally designed and manufactured clothing are hoping that some of that foot traffic will make its way to their stores instead.

In recent years there have been significant retail property developments in downtown Johannesburg, such as the revitalized Braamfontein area and The Maboneng Precinct encompassing Arts on Main and Fox Street, that have focused on creating a platform for local brands, among them Black Coffee, Love Jozi and Loincloth and Ashes. Earlier this month, Work Shop New Town opened its doors in the former Market Square in Newtown, another downtown neighborhood.

The old Potato Sheds, a designated heritage site in the center of town dating back to 1911, were transformed into an innovative retail space by the country’s leading design impresario, Julian McGowan of Source SA, in collaboration with architect Adri van Zyl of Atelier Interiors. The idea was to create a contemporary, sophisticated retail destination that would be occupied solely by South African and African brands while paying respect to the history of Newtown.

As McGowan explained it, “The Potato Sheds and the surrounding neighborhood are steeped in significance and our goal was to celebrate that history within this listed, magnificent structure. Designated areas, shops and booths pay tribute to the goldmines, markets, livestock stalls, cultural icons, industry and office workers that made Newtown the gateway to [Johannesburg] over 100 years ago.”

Architecturally speaking, the heritage-inspired design of Work Shop New Town is a combination of enclosed and open-plan stores and a layered design concept that Van Zyl contended immediately set it apart from conventional shopping experiences, making it a modern marketplace that blends art, design, fashion, heritage, inspiration and leisure. “At a fundamental level, it’s a lifestyle destination based on Africa’s emerging design culture, curated to the best international standards,” he said.

More than 100 local fashion, design and lifestyle brands are slated to open shops in Work Shop New Town over the next few months. Among the stores that have already moved in are accessories labels Pichulik and Henriette Botha; designer clothing brands Black Coffee, Kat van Duinen and Kisua, as well as the multibrand men’s wear boutique, Unknown Union, which originated in Cape Town.

Adhiambo Mula Lauwers, a shoe designer, launched her footwear label Galago two years ago. She felt that Work Shop would be “an emotive environment. An unconventional space for unusual brands, brands that imbue heritage and culture in contemporary ways. It felt like the perfect fit to be part of this retail story.”

Galago shares space with two other brands, One Of Each and Smith Jewellery. “It is a small space,” she said, “but enough to have a brand hand print with my peers.”

McGowan’s wife and collaborator, Trevyn, added that Work Shop offers shoppers an opportunity to buy from African enterprises. “With the current state of the South African rand, this is a welcome opportunity to shop for locally produced goods that have not had to be converted from dollars or euros in order to get to our shores. It’s the best time to be shopping for African design and supporting our own talents,” she said.

Craig Jacobs, the creative director of the homegrown eco-conscious line Fundudzi that is sold in several retail outlets throughout the country, said he was considering the possibility of opening his own stand-alone store in the future. “It’s not all gloom and doom for me,” he said. “Because my garments are made locally, primarily from locally sourced materials, they’ve remained stable in terms of price against currency fluctuations.

“In fact, with my range available in key designer boutiques, I have been tracking higher sales this season.”

Following what Lauwers called “a phenomenal launch,” foot traffic has been growing. “The space is gaining traction in the hearts and minds of discerning buyers. Early adopters, really, who love and support locally produced goods.”

Lauwers agreed. “With the rand devaluation, this also lends itself to more competitive exports. I am all about solutions and turning negatives to positives.”