After nearly a quarter-century of wholesaling casual Bohemian chic apparel, the Los Angeles-based company has branched into retail. 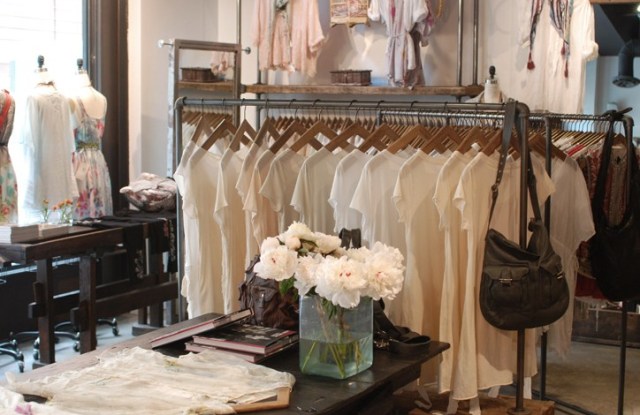 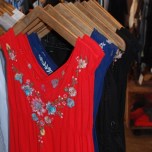 After nearly a quarter-century of wholesaling casual Bohemian chic apparel, Johnny Was has branched into retail.

The Los Angeles-based company tested the retail waters last year with a 1,440-square-foot store opened in August at the renovated Santa Monica Place. Convinced by the success of that location, which bested the shopping center’s roughly $1,000 sales per square foot annual average by at least $200, Johnny Was decided to open a second, 1,500-square-foot shop on June 26 at lifestyle center The Grove in a prime spot previously occupied by M. Fredric.

Johnny Was hatched retail plans about two years ago, when founder and owner Eli Levite signed on Catherine Nation, who was executive vice president of retail and marketing at Betsey Johnson when it grew from three to 45 stores, as Johnny Was’ executive retail director. A third Johnny Was store is expected to open before the holiday shopping season, and three to five more stores annually are anticipated in the coming years.

Johnny Was’ retail strategy is to put stores in busy locations such as class A malls or major retail thoroughfares, and concentrate first on the West Coast. “You have much more chances for success if you are in a well-trafficked area than if you are a pioneer in an off location,” said Nation. “He [Levite] doesn’t want to be in a B location. He wants to make a statement.” Speaking of The Grove location, Levite said, “They say 16 million people come to The Grove. 16 million people will see our brands.”

Levite and Nation stressed retail is raising awareness of Johnny Was with shoppers and potential wholesale customers, many of whom have checked out the revamped Santa Monica Place. Nation estimated about half of store patrons haven’t heard of Johnny Was before entering. And she noted the store is exposing Johnny Was, which has typically been bought by women 30-years-old and above, to younger customers. “Our collection has become better because of the store. It gives us a lab to see what’s selling or not selling,” said Levite, who pointed out that 100 pieces of a $196 poplin cargo pant from Johnny Was’ label Pëtë & Grëta sold in the store in one month.

In Johnny Was at Santa Monica Place, there are 300-plus styles on display between six brands. Johnny Was Collection, the embroidery-driven mainstay of the business, runs roughly from $140 to $320 at retail, while the romantic 4 Love And Liberty is from $108 to $400.

Johnny Was produces 100 new styles a month across its six brands, enabling it to refresh store merchandise every week. Tops constitute 76 percent of the Santa Monica Place store’s volume. Dresses are the next largest category. A small component of Johnny Was currently, Nation believes accessories is a category that can be built up. Washed leather handbags are available at the store for $187 to $280.

The Santa Monica Place store was imagined as a “cute apartment loft studio for a well-traveled woman,” said Levite. Finds from flea markets — like various sizes of glass and metal vessels filled with flowers, and worn suitcases, birdcages and shoes — decorate tables and shelves. Colorful scarves hang on clotheslines from the exposed ceiling. The store is awash in deep brown hues with the extensive use of reclaimed wood and stained metal, which covers the wall behind the cash wrap.

Johnny Was has 3,000 wholesale accounts in the U.S. and 400 overseas, with corporate showrooms nationwide and sales agents across Australia, Europe, the Middle East and Japan. Industry sources estimate the company’s annual revenues at $50 million. Levite said Johnny Was has registered year-over-year wholesale sales growth of 20 percent and that about 15 percent of sales are international. Retail has “had a very positive impact on the wholesale business,” said Levite. “We are opening more accounts.”