After opening a store on Madison Avenue in New York last year, the Los Angeles-based brand plans to expand to as many as 15 stores. 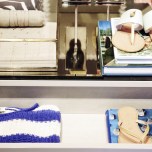 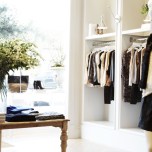 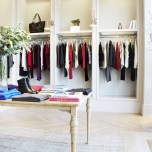 Joie is ramping up retail.

After ending a decade-long stay on the U.S. retail sidelines last year with a store on Madison Avenue in New York, the Los Angeles-based contemporary brand is embracing retail with plans to expand to as many as 15 stores in the country next year. As part of those plans, Joie has opened second locations in New York and California on Wooster Street in SoHo and Melrose Avenue in West Hollywood, respectively, to bring its total number of U.S. stores to four.

“Lately, we have been known for tops in silk, but we do more than that. We do shoes. We do handbags. We have outerwear, leather, trousers. You need a showcase. The only way to do that is to open stores,” said Serge Azria, owner and creative director of Joie.

On top of the 1,640-square-foot store on Melrose and the 2,300-square-foot store on Wooster, Joie has already pinpointed New York’s Meatpacking District and the California cities of Pasadena and San Francisco for future stores. Azria detailed that the brand puts stores in or close to bustling retail areas, but doesn’t usually go for the most expensive real estate. He noted the Madison Avenue store is between 87th Street and 88th Street, not in the pricier retail corridor between 57th and 72nd Streets.

“They will open strategically in different places,” said Azria of upcoming stores. “We will stay that way, testing and studying to see how it works and doesn’t work. We spend some time before going forward. The goal is not to be a huge retailer and open stores everywhere, absolutely not. We are very happy the way our company is structured.”

Although Joie’s stores vary slightly in each location (the Madison Avenue store features an orchid arrangement, for instance, while the Melrose Avenue store has a wilder arrangement of greens and white flowers,) their designs were all influenced by Southern California lifestyles and Parisian pieds-à-terre. The Melrose Avenue store has custom moldings, velvet tapestry, vintage Parisian rugs, gray walls and light washed herringbone wood floors. Joie worked with Paul Bennett Architects on the store.

Industry sources estimate that the Joie store on Wooster Street will generate $2.5 million and the Melrose Avenue store will generate $1.6 million in first-year sales. When the brand opened on Madison Avenue last May, industry sources estimated the store would generate $1.5 million in first-year sales. Azria said it surpassed that amount by $100,000, and he remarked that the Wooster Street store has done “very well” in its initial days.

Azria believes Joie’s retail business has been doing its job of exposing customers to the brand’s extensive repertoire. Looking over Joie’s recent bestsellers, he mentioned they included a leather jacket, three footwear styles and a cashmere piece. “I was really surprised. It is great because they are all quite new categories in our collections, and it is not the habitual silk tops or dressy tops. That means that people come to us now not just to buy one top,” said Azria.

Joie is carried at 1,000 wholesale doors worldwide, notably Neiman Marcus, Bloomingdale’s, Saks Fifth Avenue and Nordstrom. This year, Azria said the brand has grown more than 30 percent. “We don’t try to get crazy high-priced. We know exactly where our market is, and we don’t play with that,” he said. “This year, we refused about 2,000 orders because we really want to stay with stores that we do business with at the high end. We don’t want to go lower. We still did more than 30 percent even doing that.”