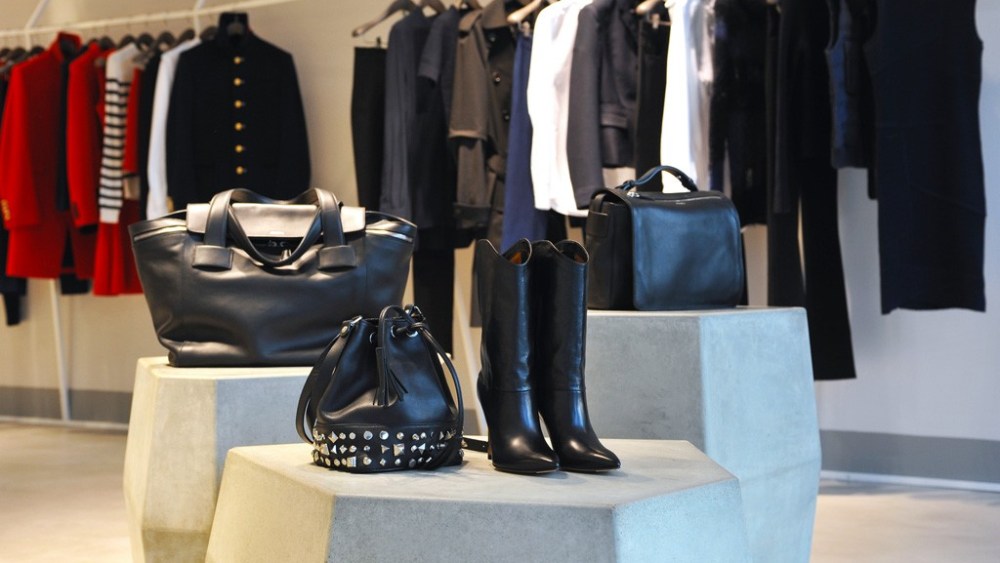 “We felt the time was right to open a store in L.A., because we wanted to increase our exposure on the West Coast and have the opportunity to offer the full Joseph collection,” said Louise Trotter, creative director of Joseph.

The high visibility on a block that has shops from the likes of Paul & Joe, Tory Burch and Alice + Olivia made Robertson ideal for Joseph, and the brand also gravitated to the street’s mix of local and international visitors. During a trip to the store, the salespeople noted that most customers at the store are already familiar with Joseph.

“I think Joseph is recognized internationally and our understated style has an appeal to women everywhere,” said Trotter. “We believe the customer exists in L.A. as much as New York, London and Paris.”

For the past four years, Joseph has been redoing its stores in a minimalistic and organic manner, and the Los Angeles store follows that direction. Aside from gray concrete floors and displays, the 2,500-square-foot space, designed by Raëd Abillama, is awash in white on its walls, ceiling and asymmetric metal shelving, as well as its exterior, which is punctuated by black signage.

“We wanted to create a clean atmosphere that showcased the clothes and didn’t take over the merchandise,” explained Trotter.

The merchandising in the Los Angeles store reflects Joseph’s strategy to grow sales outside of key items. Although its known for pants, knitwear and shearling, Joseph has put full collections on racks front and center at the store to raise their awareness with customers. Key items, most notably pants, maintain a large presence in the store, on shelves along its walls.

“The old model was much more about key items. You would have key-item displays,” said Trotter. “We still do that, but it was an intentional thing that we wanted to be more of a collection business and less of a key-item business, and the store was created to showcase the items in that way.”

In addition to building its collection business, Joseph is forging ahead with accessories. The brand has dabbled in handbags but is launching a complete bag line next spring. “So far, we have been doing a small amount of accessories to complement the look from a styling point of view, and we see there is really an opportunity to grow it,” said Trotter.

Joseph opened a total of three stores this year, according to Trotter, who said the brand is looking to open another store in the U.S., in SoHo, the New York neighborhood where Joseph previously had one. “We are steadily growing each year, and we plan to keep developing in key markets,” she said. Joseph has 100 stores worldwide.