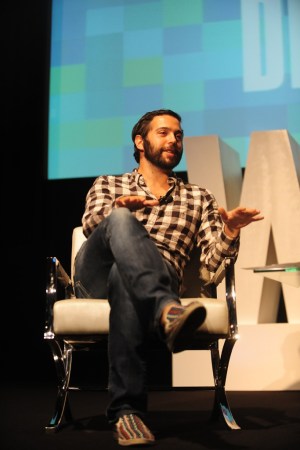 Today, e-commerce-only fashion companies are nothing new, but three years ago, when Josh Berman and Diego Berdakin were conceptualizing BeachMint, many said it couldn’t be done. As the serial entrepreneurs saw it, they just needed to create intent to buy.

“One of the things that made us start this business is the shift from ‘search’ to ‘push.’ There’s a lot of things the Internet did really well in e-commerce 1.0. If you knew what you wanted, it was a great fulfillment vehicle. Obviously Amazon has been the winner in that game, but they haven’t done a great job of creating purchase intent,” said Berdakin.

“We want to create serendipity and get people to buy things they didn’t know existed before. Obviously when you are a new brand you are in a tough spot because consumers aren’t necessarily aware of the value they are getting from you. Especially when you are e-commerce only,” he said.

So Berdakin and Berman looked for categories in which they could offer value, and decided to launch with a costume jewelry collection called JewelMint.

“We noticed walking around Kitson and Fred Segal that the price points were $90, $130, $150. We felt we could get the exact same or better product and offer it at a $30 price point. It’s affordable luxury,” said Berman.

They also realized the importance of partnering with style influencers, in this case, celebrities like Kate Bosworth, Mary-Kate and Ashley Olsen and Rachel Bilson. “It wasn’t about the most famous celebrities, but the ones with the most fashion credibility,” said Berdakin.

They then looked at how to tailor merchandise to each user via a fashion quiz taken during registration. “Instead of broadcasting the same message to 10 million people a week, you now have the ability to customize the message to every person,” said Berdakin.

“The default discovery engine online today as far as content goes is Facebook, and no one had done commerce well there. So we built the richest experience possible with social currency, game-ification, badging. We helped people do things they wanted to do anyway, which was build a community around our brand and be evangelists for us,” Berdakin said. The strategy paid off, and eventually 20 percent of JewelMint’s revenues came directly from its Facebook app.

The free membership model is not unlike price clubs such as Costco, and the demand for new and limited product drives sales at the beginning of each month.

Said Berman: “We haven’t launched men’s yet, so we are keeping an eye on new categories, but right now women’s accessories and fashion are exploding, so the focus is there.”