The accomplished documentary photographer published a book about her adopted city. 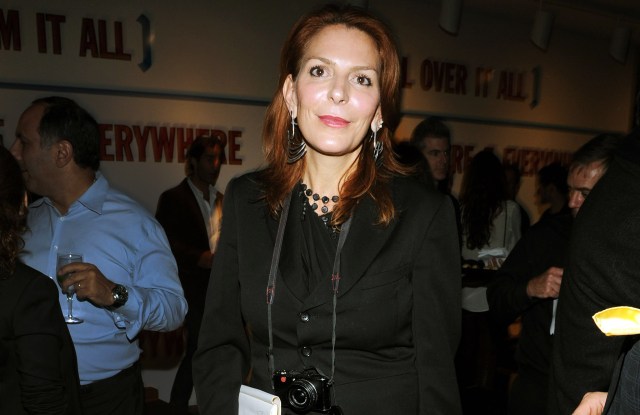 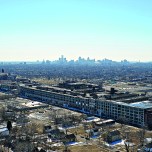 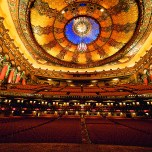 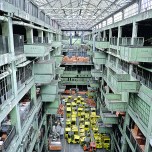 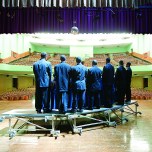 Reyes Taubman died on Sunday morning at home in Bloomfield Hills, Mich., after a long battle against cancer. She was 50 years old.

Tall and blonde, Reyes Taubman cut an elegant figure in the fashion-forward looks she favored. For all of the luxury brands populating upscale Taubman properties such as the Mall at Short Hills in Short Hills, N.J., and Beverly Center in Los Angeles, “She had a very distinct style,” said a family spokesman of Reyes Taubman. “She had a cutting-edge style.”

If Reyes Taubman’s main love wasn’t fashion, it was contemporary art. Active in the national arts community, she was a founder and board chairman of MoCAD, a member of the board of governors of the Cranbrook Academy of Art, and a former board member of the Rock and Roll Hall of Fame.

An accomplished documentary photographer and architectural historian, Reyes Taubman published in 2012, “Detroit: 138 Square Miles,” with a forward by best-selling Detroit author Elmore Leonard, with whom she developed a friendship. Over the course of six years, Reyes Taubman took more than 30,000 photos across Detroit. “It’s not a disgrace but a privilege and an obligation to listen to the stories only ruins can tell,” she said of the project.

“When she moved to Detroit when she married [Robert] in 1999, Julia took an interest in the city and the abandoned industrial area,” the family spokesman said. “There was a big Packard auto plant. Julia photographed that for a few years.”

Reyes Taubman and Leonard became acquainted socially in Detroit. “They were terrific buddies until he passed away in 2013,” the spokesman said. “He agreed to do the foreword to her book. They came from different backgrounds, but her courage to go to the toughest neighborhoods impressed him. They spent a lot of time together.”

“In Julia’s composition there is beauty in despair, and sometimes a glimmer of hope. We see life and death in Detroit, nothing Chamber of Commerce inspired, but more real than any other reality show,” Leonard wrote in the foreword.

Robert Taubman shared his wife’s love of art. For years, a member of the board of directors of Sotheby’s — which his father, A. Alfred Taubman bought in 1983 — Robert and Julia Reyes Taubman filled their home with contemporary art. “It could range from sculpture to traditional art,” the family spokesman said. “It was art that was fun. On an outside wall of the house in Bloomfield Hills, there was a work of graffiti art.”

Born and raised in the Washington, D.C., area, Reyes Taubman was a member of the Reyes family, owners of Chicago-based food and beverage distributors Reyes Holdings LLC. Founded by Reyes Taubman’s father and brothers, it became one of the largest privately held companies in the U.S., responsible for the distribution for most McDonald’s restaurants.

“On behalf of the entire Taubman Centers Inc. team, we extend our deepest condolences to Bobby Taubman and the entire Taubman family with the passing of Julia ‘Julie’ Reyes Taubman,” a spokeswoman for the REIT said. “We witnessed first-hand Julie and Bobby’s incredible love story during every step of her formidable battle with cancer. And while our hearts are heavy today, our spirits are lifted when we think of Julie’s love of family, her legacy of giving and her passion for our community.”

“I and our children were blessed to have her in our lives,” said Robert Taubman. “Julie’s extraordinary strength, free spirit, deep love for her family, and her memory will forever be a comfort and inspiration for us all.”

In addition to her husband, Reyes Taubman is survived by her children, Ghislaine, Sebastian and Theodore, and stepson Alexander, her father, and six brothers.

A visitation will be held Tuesday, from 4 pm to 8 pm at the A.J. Desmond and Sons Funeral Home in Royal Oak, Mich.