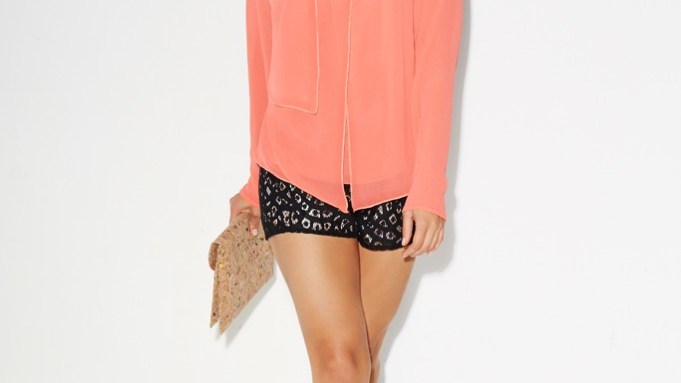 JustFab wants to be fast-fashion 2.0.

The company, which dipped its toe into apparel last year, will add some 5,000 stockkeeping units in clothing to its site April 1 and is set to introduce Fabletics for men this year, co-chief executive officer Don Ressler said during an exclusive tour of the company’s new headquarters in El Segundo, Calif.

The push into apparel follows JustFab’s close on an $85 million Series D round led by San Francisco-based Passport Special Opportunity Fund in August. Industry watchers estimated the five-year-old company’s valuation to be about $1 billion following the capital raise.

“The part I get excited about is that, you look at shoes, and we’ve dominated that category. And, typically, shoes are only 20 percent or a little less than 20 percent of most people’s business. It’s been 100 percent of our business and we’ve done really well,” Ressler said. “Now we’re going to have head-to-toe styling.”

JustFab hired Yuchin Mao, formerly of C&C California, about three months ago to head up design. A full range of women’s apparel themed around pop paradise with a bit of nautical will serve as the kickoff to ready-to-wear come April.

“Before we didn’t have to do looks. It was just accessories, so it was just items,” Mao said. “Now it’s one step further and I think with apparel it makes sense. Now we’re selling the whole outfit.”

Fabletics, the company’s fastest-growing division, will expand into men’s in the coming months, according to Ressler.

“I want it to be something that you can wear to the gym but I want you to be able to feel good about wearing it throughout your day,” he said. “It’s not going to replace the suit obviously.…It’s about having something that can really help diversify the wardrobe and that’s really how we’re building that out.”

The company is projecting apparel sales to total more than $50 million this year and by next year estimates ready-to-wear will account for 30 percent of overall sales.

JustFab has about 2,000 workers, the bulk of them in customer service. Orders are fulfilled and shipped from a warehouse in Louisville, Ky., and the company is eyeing a hub on the West Coast as it continues to grow.

The firm relocated its headquarters late last year to an office on Apollo Street, just steps away from its previous outpost, flanked by a sea of mostly industrial buildings and low-rise offices. Construction continues on the new space, which includes perks such as an employee kitchen serving organic fare on fine china, a bar area that will eventually be tricked out by New York graffiti artist Stash and a portion of the second-level floor blown out to make room for a staircase that can seat employees for town hall meetings. Fifteen sewing machines will be added to the sample room in the second quarter so samples can be made in-house. There are also studios for photo and commercial shoots, production rooms and greenrooms for visiting celebrities.

The company’s store at the Glendale Galleria in Glendale, Calif., which opened in 2013, marked its foray into brick-and-mortar, and it’s considering more, including one for Fabletics, but the timing has yet to be determined, Ressler said.

“I do think the person that really nails what we’re doing and translates that into retail is the one that’s going to win,” Ressler said. “Maybe at some point we could look at locations where we have a heavy population [of members] and give the consumer both options to touch and feel the product and open up instead of the more traditional way of ‘OK, I’m going to negotiate this lease. I’m going to cross my fingers and hope people show up.’”

JustFab’s latest funding round has fueled speculation about an eventual initial public offering, something the company doesn’t deny.

“At a company of our scale, of course IPO is part of our internal dialogue, but at this time we have no immediate plans to take the company public nor do we have a specific date in mind,” a spokeswoman said.

It’s a growth story at a time when some investors have grown weary of the rapid rise of some fashion e-commerce companies that quickly grew only to stall.

“My partner and I, we didn’t call this JustShoes; we called it JustFab,” Ressler said. “We picked to launch with shoes first, but we always wanted to get to the point where we’re at today and it was always all about the brand, building a brand.…You could become niche and niche can be sometimes cool. But we always from Day One said — people thought we were crazy — but we are building a multibillion-dollar company.”