Macy's kicks off another merchandising campaign with the usual hoopla and celebrity power. 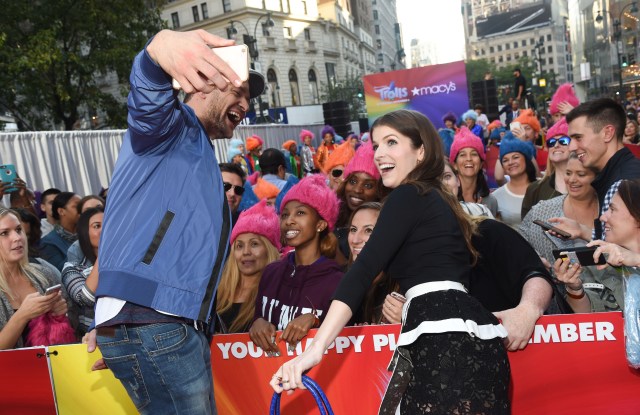 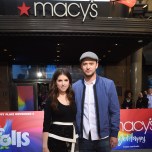 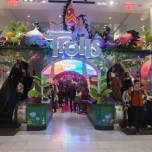 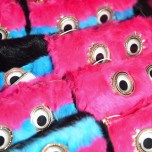 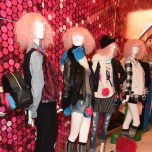 Was doing a voice-over as a Troll a stretch for Justin Timberlake? “No man. I’m an actor,” Timberlake deadpanned. “No, actually it was a lot of  fun.”

He’s the voice of Branch, one of the main characters in the Dreamworks animated movie “Trolls.”

“Branch is notoriously grumpy,” Timberlake said. “Ironically, I don’t sing or dance, I think. Well, maybe after an hour. You’ll just have to watch the movie.”

Timberlake appeared Thursday afternoon along with Anna Kendrick at Macy’s Herald Square to help launch “Trolls,” which will be released in theaters Nov. 4.

“When they first pitched me the movie, it seemed like an Abba video, one big sort of pop song,” Timberlake added.

The movie has original music by Timberlake, and mash-ups of songs from other popular artists. The film also features the voices of Russell Brand, James Corden, Kunal Nayyar, Ron Funches, Icona Pop, Gwen Stefani and others.

Right on Broadway, by Macy’s main entrance, the stars were preceded by dancers on roller skates, choreographed by Lynna Davis and wearing pink Troll wigs and sequined jackets. Free Troll T-shirts were distributed to many in the crowd, giving them a sample of what’s inside Macy’s stores now: a big licensed merchandise tie-in.

On the main floor, there’s the exclusive Betsey Johnson xox Trolls collection of accessories, leggings, knee socks, short shorts and novelty items like the cross-body alarm clock bag. Additional licensed Troll merchandise is on the kids floor and on the lower-level Millennial floor.

Trolls will be taking over Macy’s windows nationwide and the department store has designated Nov. 5 as “Trolls” Day when sales associates will be donning the colorful Troll wigs and apparel. Between the movie and the Macy’s launch, Trolls are bound to make a comeback. They were a big fad in the Sixties, after being created by Thomas Dam, a Danish fisherman and woodcutter, in 1959.