A crowd that began building Friday night, wrapped down the street and around the corner Saturday morning, as fans anxiously waited to get their hands on new designs themed around the rapper’s seventh album. 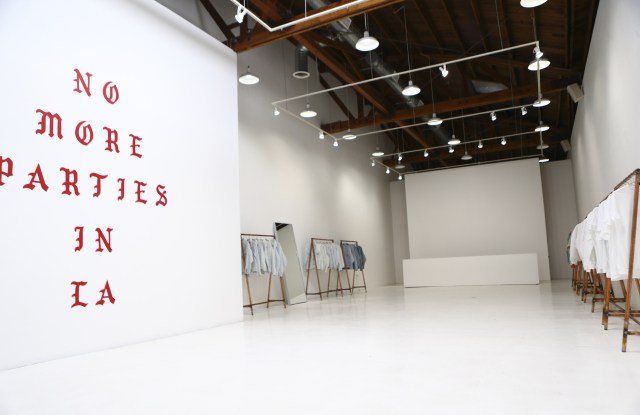 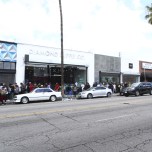 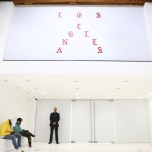 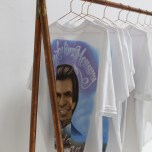 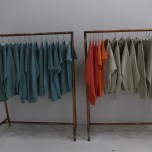 The rapper and designer managed to draw crowds of loyal fans, some of whom camped out overnight to have their chance at snagging new merchandise from West’s seventh studio album “The Life of Pablo” in an event that felt more like standing in line for a concert expected to sell out than just another retail store opening.

The pop-up shop, announced in a simple tweet on West’s Twitter feed at 7 p.m. Friday, is expected to remain open through Sunday at 441 North Fairfax Avenue next door to Supreme.

Not much went into the all-white space with the merchandise the main event. Three racks lined the walls to the left of the entrance featuring vintage denim jackets bearing the familiar “Pablo” in white gothic font repeated four times on the back with a price tag of $400. On another six racks to the right of the store were melon-colored short- and long-sleeve shirts along with sand-colored crew necks and hoodies with the lyrics or song names from “The Life of Pablo.” Hats, a white bodysuit and bomber jackets also filled out the store’s offering.

New merchandise is expected to be replenished for Sunday, according to West’s spokeswoman.

Employees, wearing the white “No More Parties in L.A.” T-shirt, selling for $55, rushed around Saturday morning putting the last touches on the store, originally set to open at 11 a.m. It wasn’t until closer to noon when a worker called out “Everybody, we’re going live,” that the doors cracked open to let the first wave of 15 customers into the store.

Diego Rosales, was part of that first group into the store, and came away with two bags full of clothing — purchasing one of every item — for himself and his girlfriend, dropping roughly $2,000 in the process.

“I was thinking I was going to spend more,” he said.

Rosales, who resides in the area, heard about the store by word of mouth and began waiting in line at 8 p.m. on Friday.

Ivan Rodriguez and his friend spent about $1,500 each, picking up the denim jacket and one each of the shirts. The two got in line at around 10 p.m. Friday evening.

Rodriguez, from the Long Beach area, said he had already been on Fairfax Avenue earlier Friday, shopping at Supreme, when he saw two of West’s friends hanging around outside the store followed by a sighting of rapper Frank Ocean.

“They were all right here so I was like something’s going on because they don’t just pop up on random days like this,” Rodriguez said. “And then we saw the tweet and drove [back] down here.”

The Los Angeles pop-up follows the Wooster Street temporary shop in New York, which opened in March and sold $1 million worth of clothing, according to a tweet from West following the store’s three-day run.