In the latest expansion vector for his signature brand, the designer is set to open at least five stores in Germany — and “several” in fast-growing China. 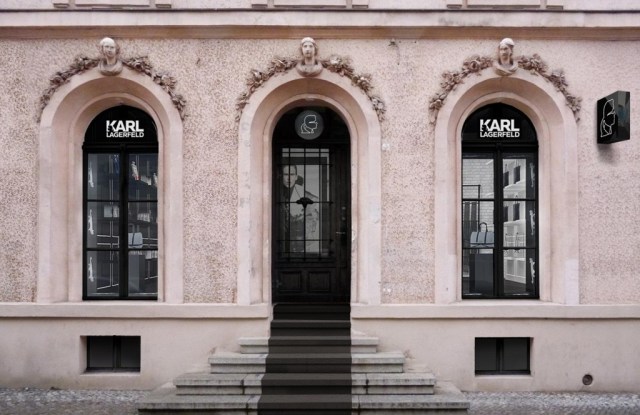 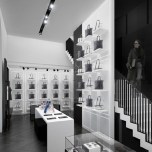 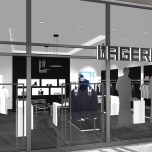 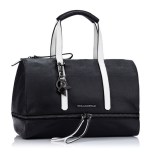 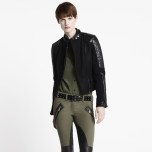 PARIS — Karl Lagerfeld is about to make a big splash in his native land — and far beyond.

In the latest expansion vector for his signature brand, the designer is set to open at least five stores in Germany — and “several” in fast-growing China.

Detailing the company’s latest retail projects, Lagerfeld chief executive officer Pier Paolo Righi said enthusiastic consumer reaction to its first new-look units — which opened in Paris and Amsterdam earlier this year — “gives us a lot of confidence that our plans are not exaggerated.”

The executive reiterated that the Lagerfeld business has the potential to grow to 100 locations worldwide within three or four years.

“Retail will be the centerpiece of our development going forward,” he said.

While Righi declined to detail sales figures for the 2,150-square-foot flagship that opened here last February on the Boulevard Saint-Germain, he said they were “far above our original expectations.”

“Most days, the store is very packed,” he said of the unit, rendered in various shades and textures of black and white, from rustic to gleaming.“Because there is not a plethora of Karl Lagerfeld stores in the world, the curiosity is very high.”

In Germany, the company will step into an edgy but burgeoning Berlin neighborhood first, opening a 1,100-square-foot unit in July on Neue Schönhauser Strasse, a stone’s throw from the denim superstore 14 oz. The location is a listed 19th-century building where novelist Theodor Fontane once lived, and will preserve some original features as a foil to more futuristic elements, such as video walls and iPad stations.

The 1,940-square-foot Munich unit, slated for a September debut, will be in a more “international, premium” location — on Maffeistrasse near the fashion stores Lodenfrey and Theresa, Righi said.

Those two cities are also slated for three new-look boutiques for Lagerfeld men’s wear, licensed to Miltenberg, Germany-based F.D. Fashion Herrenmode GmbH since 1990. These are to range in size from 800 to about 1,600 square feet, and join a “handful” of existing Lagerfeld units in eastern Germany, which are slated for refurbishment to the new design standard incorporating lots of black and white, glass, mirrors and Wassily chairs by Marcel Breuer.

Righi said the company is also actively scouting for locations in Düsseldorf and Hamburg, capitalizing on Lagerfeld’s fame in Germany.

France, where Lagerfeld spends most of his time as the longtime couturier at Chanel, is another major European economy considered a priority for further retail openings. Next up is a 700-square-foot, two-level unit slated to open on June 7 at 25 Rue Vieille du Temple in the Marais district.

As reported, the company should end 2013 with up to 10 Karl Lagerfeld boutiques in Europe, with London near the top of its list of priority cities.

Righi noted the retail network would be a mix of directly owned stores, franchise units and partnerships. He declined to elaborate on particulars for the thrust into China, but noted that product selections would be skewed to premium ranges there to meet robust demand for high-quality products.

Future units in all markets are to further accentuate expanded ranges of accessories, notably women’s handbags, many at the “sweet spot” price of 390 euros, or about $500 at current exchange, Righi noted, adding that ancillary categories — books, gadgets and Lagerfeld figurines — have proved popular as they are so emblematic of “Karl’s world.”

Lagerfeld’s latest brand extension, into watches under license with Texas-based Fossil, looks poised to perform well, with Righi citing waiting lists for certain styles at the Saint-Germain boutique. “We underestimated by far the sales results,” he said, noting the timepieces had been introduced in some 205 doors worldwide.

The executive hinted an expansion into jewelry could be the next big product volley. “We see that fitting so closely to Karl’s DNA,” he said, referring to the designer’s penchant for wearing heavy silver rings, chains and pendants, along with his collection of antique brooches.

In early 2012, Lagerfeld re-launched his signature business with the masstige-oriented Karl label for men and women and a premium range called Karl Lagerfeld Paris produced under license to Italy’s Ittierre SpA. Effective with the fall season, the ranges — spanning T-shirts and jeans up to evening dresses and shearling coats — are housed under the Karl Lagerfeld banner. Retail prices in the boutique range from 25 euros, or $32, for a lipstick done in collaboration with Shu Uemura, up to 1,500 euros, or $1,935, for a leather jacket.

“It’s very much tuned to the consumer and how women dress — say, in a Zara top and Christian Louboutin shoes,” he said. “And this is exactly what we’re doing under one brand umbrella. This is the most contemporary way of proposing a collection.”

In spring 2014, Lagerfeld is slated to unveil women’s and men’s fragrances made with its new licensing partner, Inter Parfums SA.