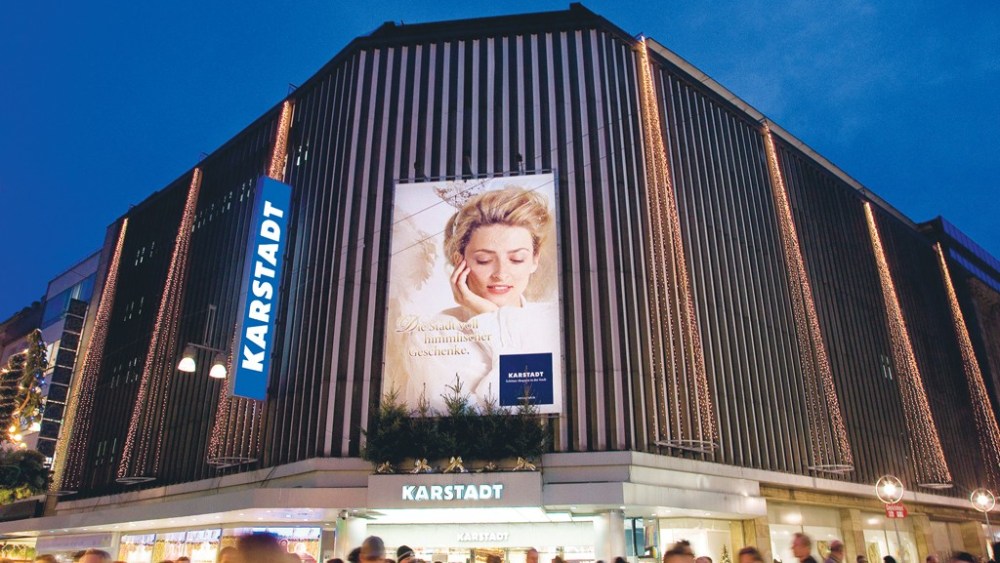 Karstadt has been ravenously courting vendors and making headway despite uncertainties on the home front.

Fifty brands — including 20 from America — will be flowing into many Karstadt stores for the first time this fall, while strategies rethinking shoe and jewelry departments are being developed. In addition, Karstadt has recruited a string of experienced fashion merchants in the last three months to senior level jobs in a reorganization that should further the brand buildup.

“This business has been around for a long time but is being rejuvenated and regenerated as we speak,” Andrew Jennings, the chief executive officer, told WWD. “I’ve been in America on an ongoing basis. We continue to have lots of inquiries by American brands interested in coming into the German marketplace and interested in Karstadt. In the past, German department stores have been focused on mainly German brands.”

The $5 billion retailer continues to fund store improvements, with 24 units recently renovated and seven on the program for 2013. That helps attracts brands. So does Karstadt’s new K-town store, selling contemporary clothes for a younger clientele and reminiscent of Barneys Co-op. A second K-town will open in Cologne in September, and further openings are seen in 2013. The pilot store in Göttingen opened in 2011 and has been successful, according to Jennings. In 2011, Jennings disclosed a budget of 400 million euros, or about $500 million at current exchange, was in place to renovate 60 stores over a four-year period.

Karstadt, which operates 86 Karstadt department stores as well as three premium department stores, 27 sports stores and six bargain centers, was rescued out of insolvency in 2010 by businessman Nicolas Berggruen, who now owns the company. As part of a restructuring pact bringing Karstadt out of bankruptcy, the retailer could not cut its workforce, though it was able to reduce salaries generally by 8 percent and eliminate bonuses. Full salaries and bonuses are being reinstated starting in September, which means Karstadt has to continue to find ways to mitigate the rising costs. Last month, Karstadt revealed that over the next two years, 2,000 workers, representing just less than 10 percent of the retailer’s entire workforce, will lose their jobs.

Karstadt is also grappling with the euro crisis dampening consumer spending, as well as distracting murmurs of a possible merger with Kaufhof, considered Germany’s top department store. Karstadt and Kaufhof, which has 109 department stores and 15 sports stores and is part of the Metro Group retail conglomerate, have been in and out of talks for years. Sources still say a merger is inevitable. Jennings declined to comment on the possibility, but did say that all the chatter and media speculation doesn’t undermine “Karstadt 2015,” which is the strategic plan he formulated to differentiate and modernize Karstadt, sharpen its profile and simplify operations. As Berggruen continues to engage in talks to purchase Kaufhof, Jennings keeps coming Stateside to visit showrooms.

Karstadt’s three premium department stores — KaDeWe in Berlin, Alsterhaus in Hamburg and Oberpollinger in Munich — already carry international luxury labels like Louis Vuitton, Prada, Gucci, Hermès and Rolex. But Theory, Theyskens’ Theory, Rag & Bone, Alexander Wang, T by Alexander Wang, Helmut Lang, Marc by Marc Jacobs, Polo Black Label, Club Monaco, Brooks Brothers, and accessories and handbags from Tory Burch, Victoria Beckham and Michael Kors, are being added to the mix. KaDeWe is the second-largest store in Europe next to Harrods (where Jennings once worked). Since July, 46 brands across women’s, men’s, accessories and shoes have streamed into the premium stores.

Kurt Geiger, now part of The Jones Group Inc., will operate a new shoe area selling Nine West, Vince Camuto, Rachel Roy, Vintage America, Anne Klein, Enzo Angiolini, Carvela, Kurt Geiger and Miss KG. There will be other shoe brands outside the Kurt Geiger space, such as Dune, Bertie and Aldo. Kurt Geiger launched this month at KaDeWe and will launch in Karstadt stores in mid-September.

With a new jewelry strategy under development, the first brands to launch in September will be Carolee and Kenneth Jay Lane.

“We’re [pleased] to be the first department store group [in Germany] to offer our customers this international brand mix, with a large distinction of American brands,” Jennings said during an interview. “Differentiation and fashionability are the key to the success of Karstadt 2015,”

“The team is currently working on finalizing spring 2013 and has already received confirmation for the rollout of additional brands,” Jennings said. “Karstadt is scouting new brands on an on-going basis at present.”

Asked how much of the inventory American brands will represent, Jennings replied, “I really can’t give you a percentage” of revenues. “Many will be introduced in a relatively low number of stores. However, American brands will play a key part in our success in the future. We see this as a differentiator.”

The company said that only 1 percent of the labels on its matrix have been American, but this fall, it’s more like 8 to 10 percent. At the premium stores, American labels will represent 18 percent of the total number of brands, up from about 13 percent. Some brands are being dropped, and others pared down to make room for the new wave, though Karstadt did not mention any labels on the outs.

Simone Heift has become fashion director, a new position. She was buying director of Quartier 206, a directional luxury boutique in Berlin. Heift earlier worked at fashion magazines and ran three Fred Segal stores in Los Angeles. “Simone will be the radar for all of our department and premium stores,” Jennings said.

The women’s team has grown from one to two general merchandisers, with Jane Munro-Hall named director of women’s wear, and Debbie Klein, director of accessories, shoes, luggage and lingerie. Munro-Hall previously had her own fashion collection in the U.K. and earlier held senior roles at Tom Tailor and Esprit. Klein was with V&D in the Netherlands as buying director for women’s, men’s, kids, lingerie, accessories, cosmetics and jewelry. Earlier she worked at Nike and Adidas in merchandise planning.

Sven Moeller has become director of leisure, which includes electronics, sweets, toys and stationery. He was with the Metro Group in Germany as the nonfood category manager. Andre Mannebach has become director of merchandise planning. He was with Kurt Salmon, Strauss Innovations and Team Retail Excellence. Previously, buying and planning was one function; now it’s split into two.

Jennings, a 37-year retail veteran, is drawing on past practices to bring Karstadt up to date. He’s also implemented the “nine-box grid,” which provides a road map on how to customize assortments so the percentages of good, better and best prices, and the percentages of classic, modern and trendy brands, are tweaked at each store location. It’s helping the team figure out which showroom doors to knock on.