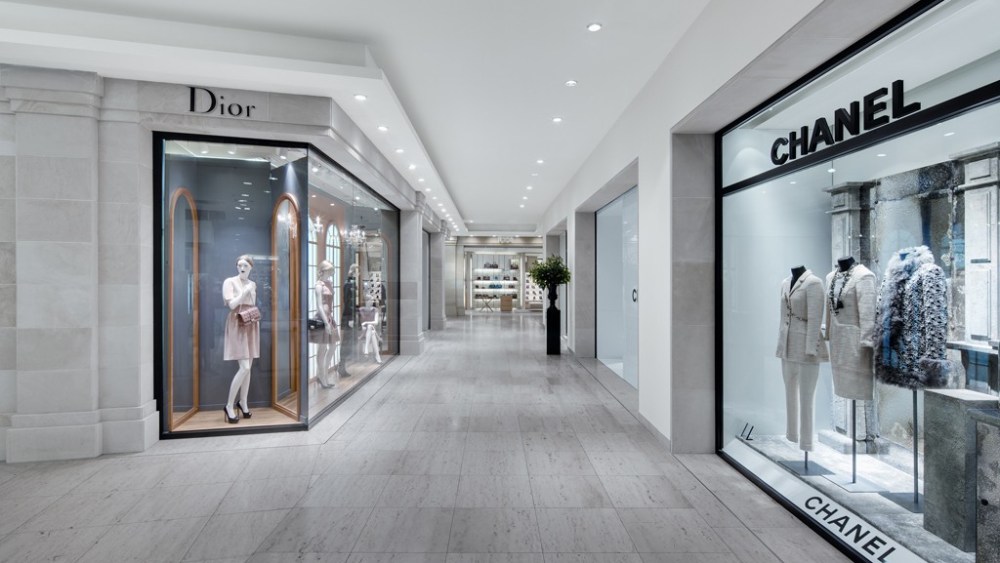 A triple-header of major store events has seen the German department store chain taking rapid strides towards modernizing and differentiating its business as outlined in the “Karstadt 2015” strategic plan. Reflecting the group’s multitiered structure, the moves have been made on both upper and midmarket levels. The consistent message, however, has been one of trading up and, to some extent, cleaning out.

Prior to the grand opening of KaDeWe’s new Luxury Boulevard, the store’s revamped beauty department and the third-floor The Loft with a 21,500-square-foot shoe salon, Karstadt chief executive officer Andrew Jennings met with WWD here to outline where the group is and where it’s going.

Jennings has been at the Karstadt helm for 20 months, brought in by investor Nicolas Berggruen, who rescued the group from Germany’s largest postwar insolvency in 2010. “He hired me to reposition three businesses: the premium group [three doors], the department store group [86 doors] and the sports division,” Jennings said.

While the core department stores clearly required the most attention, even the group’s jewel — the premium flagship KaDeWe — needed to sharpen its profile.

“If you don’t stand for something, you stand for nothing,” Jennings declared.

The second-largest department store in Europe, “KaDeWe has an unbelievable location and great traffic flow with 200,000 people coming through the doors weekly,” he said. Despite a 2004 upgrade that installed a boulevard of luxury accessories shop, he contended, “It was still a provincial store. Our focus now is to be international.”

Making KaDeWe the shoe destination “not only in Berlin but in Germany,” was a top priority for Jennings, who introduced Saks Fifth Avenue’s eighth-floor shoe department during his tenure there. Points of reference were Barneys New York, Selfridges and Harrods. While the business in Berlin might not be as large as those examples, KaDeWe’s new footwear setup is uncommonly spacious in design, and takes up more than 30 percent of The Loft, as KaDeWe’s entire third floor is now called.

Miu Miu, Prada, Ferragamo, Tory Burch, Mulberry, Dior, Chloé, Jimmy Choo and Yves Saint Laurent are among the brands whose boutiques create an airy network of individualized living room environments. Diane von Furstenberg, Kurt Geiger (a German exclusive), Repetto, Unützer, and Fendi are among the other new shoe collections introduced at KaDeWe this season, and also in the pipeline are Giuseppe Zanotti, Rachel Zoe, United Nude and Nine West, to name a few. “I think we’ll quadruple our shoe business. We will be a force to be reckoned with,” Jennings said.

Handbags are The Loft’s second main emphasis, with shops from Aigner, Burberry, Chloé, MCM, Michael Kors and Ferragamo, as well as selections from Alexander Wang, Anya Hindmarch, Loewe, Kate Spade (another German exclusive) and Victoria Beckham, among many other labels. Also to be found on the floor: a concentrated lingerie assortment, including a new shop from Agent Provocateur, and high-end children’s wear.

The 32,400-square-foot beauty department was rearranged and slimmed down by about 1,075 square feet, but gained a host of new luxury and niche brands, many exclusive, and 80 counters got new furnishings. Some notable newcomers: By Kilian, Byredo, Agonist and Blood Concept fragrances; Bare Mineral, Eve Lom and By Terry skin care; Deborah Lippmann and Spa Ritual, and premium hair care brands Philip B. Truffle by Fuente and MiriamQuevedo.

The main focal points, however, are the first (and only) full Tom Ford cosmetics counter in Germany, and Chanel and Dior’s mega-counters, each with a gross floor space of 1,200 square feet. Located adjacent to their brand’s shops in the Luxury Boulevard, they provide a fluid segue between beauty and fashion.

KaDeWe has renovated over 172,000 square feet of floor space in 40 weeks, and there’s more to come. Karstadt hasn’t released sales figures since the insolvency proceedings, but Jennings acknowledged, “We’re absolutely making money there [at KaDeWe]. Premium is a major focus for Nicolas [Berggruen], and the rumors about selling off the [premium] business are totally incorrect.”

In the next two years, KaDeWe’s women’s and men’s departments will be revamped. “We’ll be bringing fashion to a new level, looking at brands like Donna Karan, Armani Black Label, Caroline Herrera, and will probably edit out some lower brands,” he said. In men’s, Jennings aims to add Ralph Lauren Purple Label and Ermenegildo Zegna.

The store’s famous food department will also be upgraded, as well as the rooftop restaurant, and Karstadt’s premium door in Hamburg, Alsterhaus, will be getting a revamp in 2013.

Regarding the 83 door Karstadt department store division, 30 have been refurbished to date, and on Oct. 11,  the Düsseldorf branch re-opened its doors as the chain’s model store. Working with London’s retail design consultancy 20.20, the new in-store design makes use of pop up cubes and walk-in pavillions for cross-merchandised, story telling presentations on floors otherwise organized in clearly branded sections.

“It’s about clarity, space and editing,” Jennings said. Plus making some “big statements and stories” as provided by concession partners, which include Gerard Darel, French Connection, New Look, Karen Millen, Phase Eight and Reiss. At the same time, Karstadt is further developing and updating its own brands such as Adagio, currently a 60 million euros, or $78 million at current exchange, business that Jennings said could grow to about 100 million euros, or $129.6 million.

The ceo’s map for the next few years sees 10 national Karstadt stores going more upmarket, the rest residing midmarket. “But over time, there could be 30 upmarket stores like this [Berlin Ku’damm] appealing to a modern customer.”

The second K Town, Karstadt’s young fashion lifestyle store-in-store format, opened in Cologne in September. The pilot was introduced in Göttingen last year. The new 21,500-square-foot K-Town is housed on the main floor of the Cologne Karstadt, and indicative of the group’s directional changes, replaces the floor’s former bargain center and stationery departments. “It’s our answer to Barneys Co-Op, but at a different price point,” Jennings said. Featured brands, many of them unique to this store, include Republic, Blue Ink, One Green Elephant, Gestuz, G-Star and Scotch & Soda, plus accessories from Pieces, Liebeskind, George, Gina & Lucy, and Lacoste, Camper and Ugg shoes.

Jennings can envision rolling out another three K-Towns next year, and a total of 10 in the next decade. “And if it has legs, we could probably do 30 in our stores across Germany. I intend to own this segment of the market,” he said. To get the word out, Karstadt is making use of all social media, viral marketing, associations with universities, in-store DJs, a coffee shop and is establishing a K Town club with a specific app, he said.

Karstadt.de has also gotten a makeover. “Our e-business is small, but we’re working on it,” he said. “We used to focus on washing machines. Now it’s fashion, jewelry and modern living.”

Last in the Karstadt equation: active sportswear at Karstadt Sports, where two new stores in prime locations in Kiel and Cologne are in the works.

“What we do in our [26] freestanding stores is good,” Jennings said, “but we need to get it to great,” adding Karstadt is reviewing a strategy to “literally pole vault the sports business to another level.”

Though he couldn’t reveal details, he said a stepped-up use of technology and more benchmarks would be key, as would raising service levels and expertise. “Come learn how to surf or ski, and if you’re a runner, [get] a full assessment through an assessment center we’re looking at,” he said. “[Karstadt Sports] needs to become a haven for sports fanatics.”