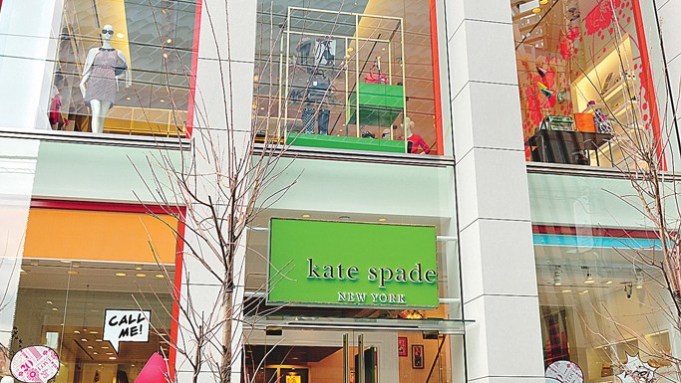 1993: Kate Spade launches with a collection of nylon bags.

• The company wins a victory against Gap’s Banana Republic unit, which agreed to stop selling copies of the designer’s bags, settling out of court.

• Donna Karan alum Stephen L. Ruzow joins the company as chief executive officer with a goal of making it a worldwide brand. He departs after three months.

• It opens its first store in Japan.

• The company teams with the Estée Lauder Cos. Inc. to develop beauty and related products, which hit stores in 2002.

2002: As it approaches its 10th anniversary, revenues are approximately $70 million.

• The company begins a major expansion in Asia.

2004: Kate Spade launches home; e-commerce is introduced, and a flagship opens in the Aoyama district of Tokyo.

2006: In November, the company is sold to Liz Claiborne Inc., now known as Fifth & Pacific Cos. Inc.

• A fragrance deal is signed with Elizabeth Arden. The first scent under this pact, Twirl, hits stores in September.

2011: Bedding and bath products are introduced.

• Kate Spade opens in Brazil and the Middle East.

2013: The brand marks its 20th anniversary with the theme “The year of Things We Love.”

• Live Colorfully, a fragrance developed in-house, is set to launch in April.