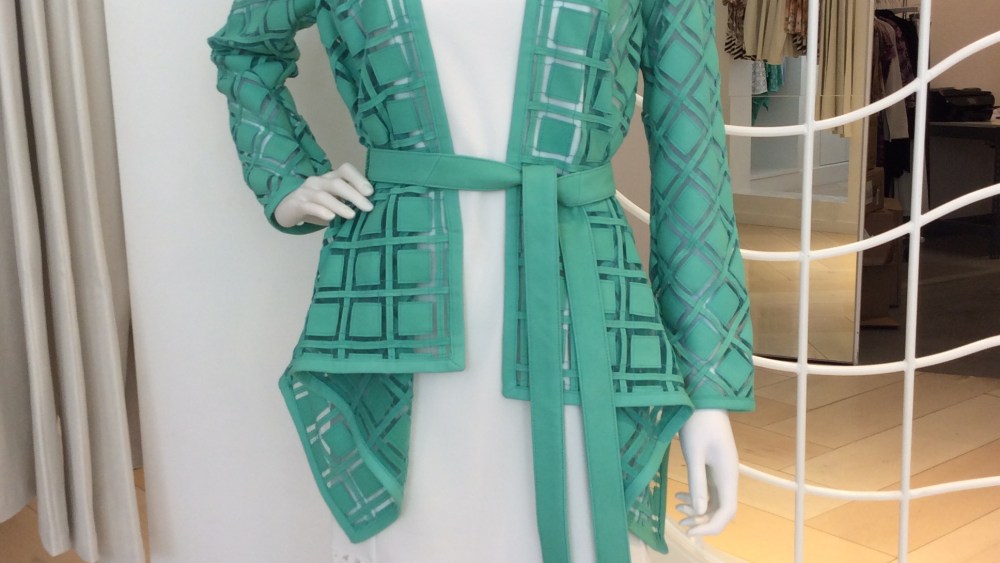 Kelly and Marie Gray have been carefully crafting a comeback into fashion since the launch of their high-end label Grayse two years ago, building a framework some might say is reminiscent of what the industry has seen in the past from the family.

It’s high-end separates with the majority of the line now made in the U.S., including much of it in Irvine, Calif., where the company is based. Prices range from $195 for a tank to a pavé limited-edition collection where gowns may sell for $1,200 to $2,000.

“It’s not unlike the start of St. John and we should only hope to do so well,” said Gray, who started Grayse with her mother Marie Gray, cofounder of the Irvine fashion house St. John Knits.

Grayse has two California boutiques — one in the luxury wing of Westfield Topanga and another at the Shops at El Paseo in Palm Desert. Last week, the company set down potential footing in Orange County, where their roots are, with a 1,400-square-foot pop-up at Fashion Island in Newport Beach. Saturday they bow a 3,500-square-foot pop-up at the Citadel Outlets in Los Angeles.

Grayse in the next 12 months would like to have four permanent storefronts, according to Kelly Gray.

She was less specific on timing of the pop-ups end and when pressed if Fashion Island and the Citadel would eventually become permanent stores, her response: “From your lips to God’s ears.”

Grayse will neighbor with Michael Kors, Tumi, Coach, Calvin Klein and Hugo Boss when the Citadel boutique opens. The mall, frequented by both locals and tourists, is a draw for its range of midmarket to designer offerings.

“I think one of the most interesting things about retail is the impact that the online business has had on it over the last 10 years,” Gray said. “When I left St. John, the online business wasn’t so dominant and coming back into retail you really notice the, quite frankly, lack of foot traffic. The foot traffic used to be much more boisterous and lively. There’s just so much accessibility with a click of a button.”

St. John is itself boosting its online presence this month with the introduction of e-commerce.

Grayse sells through its boutiques and its online site, but the wholesale business in Bloomingdale’s is still strong, Gray said.

“We have not pushed our online business. Part of me is a retailer and I love to provide the customer with that live experience,” Gray said. “But everyone has to adapt and we are moving and constantly evolving to stay current.”

The company’s already pivoted in its short time in operation.

“We’ve gone back to our roots and gone up in price and focused on luxury, specialty items,” Gray said.

About 70 percent of the line is now made in the U.S., up from roughly one-third when the company first debuted.

Gray and her mother remain sole owners in Grayse, of which they declined to provide annual sales.

“When you’re working with offshore manufacturing you have to make compromises with the fittings and with mom’s attention to detail and her eye for a perfectly fitted jacket or pant, we really wanted to bring [production] back,” she said. “But it costs more. But if it’s right, it’s edgy and it’s cool, they’re going to buy it.”