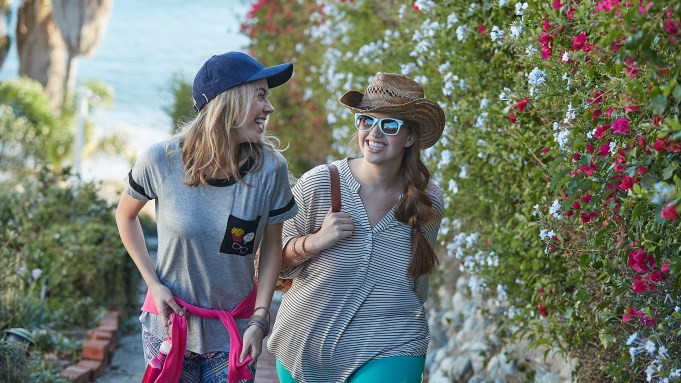 Kmart is beginning to roll out “Fabulously Sized” sections inside its stores and has established extended sizes in all of its women’s apparel brands. It’s also expanding the range in intimate apparel and swimwear and has abolished the phrase “plus-sizes” from its messaging.

“When we reached out to our members on social media, they told us we needed to have a better assortment and that we should we call it something different. They absolutely love this whole mantra of ‘Fabulously Sized,'” said Kelly Cook, Kmart’s chief marketing officer. “We’re proud to provide this apparel, and we’re also proud about our price points. We have ‘brag-worthy’ denim at $8 to $10 everyday.”

Historically, retailers have neglected large sizes or relegated them to the far corners of their stores. Over the last few years, several have been rethinking the business and recruiting designers to the cause. Nordstrom is developing a strategy to elevate its plus-size business. H&M has included more shapely models in its shows, and Nike not long ago started selling its 1x through 3x plus-size collection. Designers such as Michael Kors and Christian Siriano recently featured a range of body types on their runways. Prabal Gurung and Isabel Toledo, among other designers, have created limited-edition, large-size collections for Lane Bryant.

Some of Kmart’s women’s brands did sell large sizes before, such as Attention. But according to Cook, Attention has been a brand new assortment with more sizes up to 4x. Other in-house brands, such as Attention, now have large sizes for the first time. Key brands at Kmart also include Adam Levine, Jaclyn Smith, Basic Editions, Everlast and Joe Boxer.

“We give her all the looks from desk to date night, conservative to super trendy,” Cook added. She said Kmart’s “fabulously sized” range is “on par” with the regular sizes. “We have just about every kind of look she is going to want, from little black dresses, to jeans, to vegan faux-leather skirts, to floral shirts. As these women increasingly embrace their size, we saw a huge opportunity to grow our apparel business and offer our members more choices,” Cook said.

“This decision was also heavily influenced by the fact that there’s a solid trend on the market around diversity promotion and body positivity.”

She also said Kmart noticed “a big body positive focus in the teen and Millennial markets.” Citing research from NPD Group, Cook noted that the number of teens buying extended sizing clothing in the U.S. has doubled since 2010, and that the proportion of teens buying extended sizing clothing is currently 34 percent, compared to 16 percent in 2010.

According to Cook, Kmart’s older female customers prefer to have a separate area for large sizes, which was the rationale for installing the “Fabulously Sized” sections with the Basic Editions and Jaclyn Smith brands. For other Kmart merchandise, including Attention, Joe Boxer, active and swim, extended sizing is mixed with misses sizing in their brand shops. Kmart has rack toppers in all stores that read: “fabulously sized.” Kmart’s younger shoppers prefer to see the extended range integrated into the existing regular size assortments, such as within the Attention or Joe Box departments, rather than having it separate.

Large sizes represents 21 percent of Kmart’s women’s sales. While business has long been tough at the 482-unit chain, Kmart officials said the large-size program is already giving a lift to sales but declined to say how much.

Asked if Kmart had been under-serving its customers with large sizes, Cook replied, “I don’t want to say it’s been underplayed. We are responding to the demands of our members and adjusting our assortment accordingly.”

On Sunday, Kmart began its “I Can” campaign to promote its new offering on its web site and in social media, video, e-mail, mobile and display advertising, and in mid-September the campaign evolves into TV. “The ‘I Can’ campaign is simple. We’re telling women, ‘you can be whoever you want to be.’”