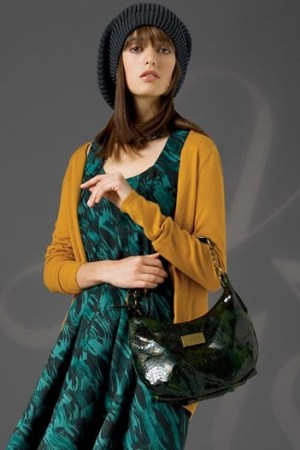 Kohl’s Corp., intent on accelerating its private and exclusive brand strategy, is relocating and expanding its New York design office.

The new location, at 1400 Broadway, is more than twice the size of Kohl’s existing design office at 1359 Broadway. The retailer plans to begin operating at 1400 Broadway in June.

“We continue to differentiate Kohl’s through our exclusive partnerships and remain committed to bringing world-class brands to customers nationwide,” said Kevin Mansell, chairman, president and chief executive officer. “Having a New York presence has been instrumental in growing our exclusive and private brand strategy, which accounted for 45 percent of sales through the third quarter of this year, up over 2 percent compared with last year. The new location allows us to manage our existing brands and support anticipated growth as we continue to focus on growing market share.”

“To support the growth and incredible success we’ve seen with our exclusive and private brands, it’s important our New York design office has a space that can sustain existing brands, while allowing for additional growth of our exclusive brand portfolio, so we can deliver the absolute best quality, style and value to shoppers,” said Peggy Eskenasi, executive vice president of product development.

Kohl’s, which has 1,059 stores and is based in Menomonee Falls, Wis., wants to further bolster its presence in New York by opening its first store in Manhattan. The retailer has checked out locations in Times Square and the busy 34th Street shopping district, as well farther north in the area of Columbus Circle, including 1775 Broadway, which is being renovated by Moinian Group, the landlord.

Kohl’s has also considered space in the vacant Argonault Building at 224 West 57th Street, on the southeast corner of 57th and Broadway. The retailer typically opens stores in the 80,000- to 90,000-square-foot range. It is believed that Kohl’s is not close to locking in on a location.

Nordstrom also has been searching for a site in Manhattan, but it is not easy to find a big enough location; Nordstrom wants at least 180,000 square feet. Establishing a New York presence would elevate the fashion images of both chains, and help them jump on fashion trends and collaborations with designers.