Some 90 percent of the company's stores have now reopened and sales are averaging 75 percent of that post-pandemic.

The pandemic has been painful, but it has also opened up some new avenues of opportunity for Kohl’s.

In a presentation at the Cowen and Co. New Retail Ecosystem Summit Tuesday morning, Michelle Gass, chief executive officer of the Wisconsin-based retailer, said although sales have plummeted since the company’s stores were forced to close in mid-March, there have been some bright spots that will now become a permanent part of the its strategy going forward.

The most dramatic change has been in digital. In April, the company’s online sales rose 60 percent, a number that jumped to 90 percent in May, when most Kohl’s stores were closed, she said. And while Gass acknowledged that online sales cannot begin to rival in-store sales, the move toward digital has significantly accelerated the company’s ominchannel strategy. 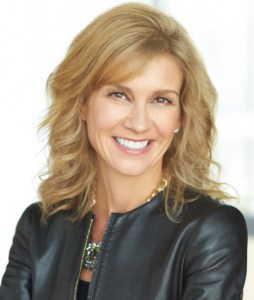 “So even as our stores have begun to open, we’ve seen the digital business continue to perform at very high levels,” she said. “And that’s driven off of a lot of things. It’s driven off of relevancy, adopting our site to be focusing on categories that people are interested in right now, like active and home and kids’ products. It’s about the marketing that we put in place. And lastly, it’s about the innovation, things like curbside drive up that we [instituted] very quickly.”

She said “in normal times,” getting to this penetration of online sales would have taken five years, but by adjusting the messaging it pushed out during the pandemic to “really speak to where people are at this point in time,” Kohl’s has reaped the benefits. “We really want to be a significant leader in omnichannel, and having a thriving digital business is part of that,” she said. “COVID-19 is the great accelerator on so many trends. And clearly, for us, we’re benefiting from the acceleration on an already high-growth channel for us.”

Turning to curbside pickup, which has become commonplace among grocery stores, Gass said it is still “fairly new to our industry.” But within two weeks, Kohl’s was able to implement the strategy and use its stores as fulfillment centers. During the pandemic, more than 40 percent of all digital orders were fulfilled by stores, which also allowed Kohl’s to “leverage that inventory that was sitting in the stores for six-plus weeks that we hadn’t been able to sell,” she said.

As a result, she said curbside pickup “will be something that we will continue forward because convenience is always really important to our customers.”

Kohl’s will also continue to narrow its assortment. “Phenomenal” national brands such as Under Armour, Nike, Adidas, Levi’s and Carter’s now represent 60 percent of the company’s sales, she said, and will continue to be an opportunity going forward. However, other brands will continue to shrink. On its earnings call last month, Kohl’s said it would exit eight underperforming women’s brands: Dana Buchman, Jennifer Lopez, Mudd, Candies, Rock and Republic, Popsugar, Elle and Juicy Couture. Gass said although that decision was made pre-pandemic, “I think you can expect to see more of that from us.

“When we’ve been at our best, we’ve been highly focused, we’ve had great clarity, we’ve narrowed our choices. You can expect to see more editing, especially on the private brand [front], as we make the shopping experience more clear to our customer.” Accessories, along with “the very dressy part of apparel,” are also expected to be trimmed, she said.

That’s not to say Kohl’s won’t be bringing in new brands or categories. Gass said the company will continue to add brands such as Nine West and Elizabeth and James that are targeted to young shoppers, and will also enhance its offerings in activewear, home and beauty. She said the company will expand a test it implemented in 12 stores to create beauty experiences.

“We are a small player today,” Gass said of the beauty test. “But what we’ve seen as we’ve put elevated product — probably the best example is what we’ve done with very high-end fragrances — the customer is responding. We’re in lots of conversations with lots of different brands, and I think we provide a new customer for these beauty players that they haven’t had access to before. More than 70 percent of our customers are women and with 65 million customers, that’s a tremendous opportunity.”

Gass and Jill Timm, chief financial officer, also acknowledged the impact of the coronavirus on the company’s business. In the first quarter, Kohl’s racked up net losses of $541 million as sales dropped more than 40 percent to $2.4 billion. In the prior year’s quarter, the company posted earnings of $62 million on sales of $4.1 billion.

Gass said Tuesday that Kohl’s has now reopened 90 percent of its stores, or 1,047 units, and those stores are performing at 75 percent of the productivity they would have experienced pre-pandemic.

Looking ahead, the company will cut 60 percent of its receipts for the second quarter — on top of a 30 percent cut in the first quarter — and is taking a “very conservative approach” to holiday, Timm said, but it will keep cash on hand to chase product that is performing well in season.

Gass said although Kohl’s is “encouraged with the signs,” she admitted it is “still a very fluid environment” and the future is uncertain. But, she remains optimistic. “I think we’re in a great position. We believe in our stores, we have a vast store base and we’re optimistic as we come out of this point in time, that we will rebuild our business.”