Kuwait Next on Bloomingdale’s International Agenda

After Kuwait, Bloomingdale's will open in Abu Dhabi along with Macy's. 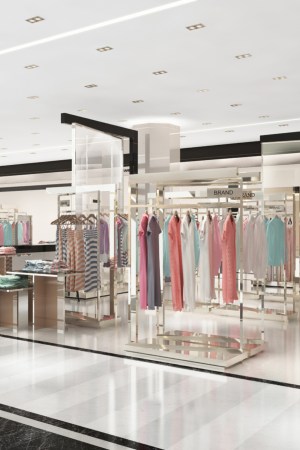 Macy’s Inc., reflecting a cautiously progressing international agenda, will open the first Bloomingdale’s in Kuwait in spring 2017 through a licensing arrangement with the Al Tayer Group.

Even though the opening is a year away, oil prices are expected to remain low for the foreseeable future and create economic pressures the region hasn’t seen in generations. But that’s an issue Al Tayer officials contend will not affect the long-term viability of retailing in the region.

“Kuwait has always been the cultural center of the Gulf region. It had oil much earlier than Abu Dhabi and Dubai and as a result, it has the most sophisticated and well-traveled people from the region,” said Khalid Al Tayer, chief executive officer of retail for the Al Tayer Group. “The people of Kuwait really, really understand what the world has to offer. Oil prices coming down for us is not good news, but the economy can weather the current downtrend. It’s quite a stable, resilient economy — oil based but with some of the best homegrown regional companies, in retail and logistics.”

The Bloomingdale’s store will occupy 93,000 square feet over three levels in the 360 Mall, a six-year-old upscale center in Al Zahra. The 360 Mall, developed and owned by the Tamdeen Group, houses such brands as Cartier, Gucci, Bottega Veneta, Prada, Burberry, Jimmy Choo, Tory Burch, as well as Gap and Abercrombie & Fitch.

The Bloomingdale’s store will be a tightly edited, scaled-down version of the typical Bloomingdale’s department store in the U.S. and similar in size and merchandise content to Bloomingdale’s in SoHo. The focus will be on advanced contemporary and designer ready-to-wear, footwear and accessories including handbags and jewelry. There will be no men’s wear, children’s wear or home products.

Macy’s has been criticized in some circles for being late to the international arena, but made its first move overseas in 2010 by opening Bloomingdale’s in Dubai, which is also licensed to Al Tayer. Last year, the corporation revealed that Macy’s will open its first overseas unit, in Abu Dhabi in 2018, in the mall where a Bloomingdale’s will also open that same year. Those two stores are licensed to Al Tayer as well.

In addition, Macy’s is working on launching an e-commerce site in China on Alibaba Group’s Tmall Global.

“The Bloomingdale’s brand positions itself as an international company,” said Tony Spring, Bloomingdale’s chairman and ceo. “It’s the result of a lot of years of work by lots of different leaders. We believe there is more opportunity for growth in all channels of business and international. So we will continue to look for those opportunities and be appropriately aggressive. It’s a matter of finding the right opportunity at the right time.”

Spring told WWD that the decision on Kuwait was based on the experience working with Al Tayer and the performance of the Dubai store. Spring described the arrangement with Al Tayer as a typical licensing partnership, where Al Tayer owns and operates the store, and Macy’s Inc. receives licensing fees and royalties based on sales. The difference is that Macy’s Inc. maintains a “close collaboration” with Al Tayer on the design and merchandising of the stores. Licensing enables Bloomingdale’s to expand internationally with a partner who knows the market and its consumers. It’s less risky than owning overseas stores though there is a sharing of the profits.

“As you look at other parts of the world, you have to find those partnerships and real estate opportunities that provide chances for growth. I wouldn’t rule out more of an international presence for Bloomingdale’s over time,” Spring said.

Spring described Bloomingdale’s Dubai as “one of our top-performing stores. It’s highly productive and is a great expression of the Bloomingdale’s brand.” Macy’s Inc. does not disclose the individual volumes of its stores.

While opening international stores does pose new challenges, an overseas agenda with greater momentum seems desirable given the difficulties many U.S. retailers are facing at home due to declining tourist spending and Americans shifting their spending habits away from fashion and toward restaurants, spas, traveling and other experiences.

In Kuwait, Bloomingdale’s will have “a significantly different assortment” from other Bloomingdale’s, largely due to what it won’t carry, said Jack Hruska, Bloomingdale’s executive vice president and creative director. He said the store will be “the market leader” in beauty, advanced contemporary and designer women’s apparel, footwear and accessories. “It’s a small store that’s going to overstate these three categories,” Hruska said. Some brands inside Bloomingdale’s will be exclusive to the market. The mix is still being determined.

The store will also have the familiar Bloomingdale’s signature interior design with the checkerboard floors and black framing around vendor presentations. Bloomingdale’s and Al Tayer will create a more “upscale and comfortable” array of personal shopping suites, and a big at-your-service beauty area for private consultations. The goal is to provide “a better experience and respect cultural norms,” Hruska said.

Hruska also noted that the store “will give us a lot of insight on what might be possible elsewhere.”

While Bloomingdale’s in Dubai caters to a local resident customer base as well as the highest level of tourism in the region, the Bloomingdale’s in Kuwait will be much more dependent on affluent residents, according to Al Tayer. Bearing that in mind, Kuwait will amplify personal shopping and concierge services to encourage loyalty including comfortable and convenient changing rooms, Al Tayer said.

Al Tayer agreed there could be further opportunities to open Bloomingdale’s in the Mideast, but like Spring, expressed caution about the future. “We are very particular about protecting the Bloomingdale’s brand and making sure it is in the right city and the right mall,” Al Tayer said.

Asked if the people of the Mideast are familiar with the Bloomingdale’s and Macy’s names, Al Tayer replied, “Absolutely. We conducted market research prior to making any commitment. there is a strong affinity and knowledge of both brands in our market.”

Asked if the Al Tayer Group could take Macy’s and Bloomingdale’s beyond the Mideast, Al Tayer said, “It’s not been part of our discussion. Our operations just focus on the Gulf area at this moment. We have our hands full.”

Al Tayer Group, based in Dubai, is involved in several sectors including automotive, contracting, distribution, retail and services in 12 countries. The group represents more than 600 brands.