L.A. Retailers Seek to Set Themselves Apart in Unstable Market

Los Angeles retailers have already weathered a three-month writers' strike and a steep housing market decline, but more tough times may be ahead. 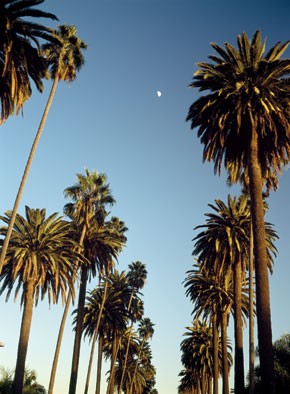 Los Angeles retailers have already weathered a three-month writers’ strike and a steep housing market decline, but more tough times may be ahead.

The retail situation is dire in L.A., in particular due to the strike, housing slump, tightening job market and consumer credit worries.

Buyers and store owners contended playing it safe is the order of the day in the design world, making it challenging for local stores to set themselves apart. Even the city’s boutiques have taken a hit, with some chains struggling to maintain a foothold in an unstable market.

“Business has been off, and a lot of the boutiques are competing for a shrinking number of clients. It’s tough to find things that stand out, that are new and different right now,” said Fraser Ross, owner of Kitson stores. “We’re always on the lookout for the next great brand, for something to set us apart, but it’s been hard because there’s a lot of sameness out there.”

Some store owners said the bleak economic outlook is reflected in apparel design offerings, with little new or different available to choose from.

“Designers have been emulating and copying one another, moving the whole idea of fashion backward,” said Alexandre Mouracade, who co-owns Kin boutique on Sunset Boulevard. “Everyone is so scared because retail is hurting that they’re not taking any risks or doing anything new.”

Ilse Metchek, executive director of the California Fashion Association, noted the lack of innovation in the marketplace further erodes sales, worsening the retail outlook for the rest of the year.

“Nothing is inspiring the consumer right now to reevaluate their wardrobes,” Metchek said. “It’s just not there, there’s not even a color you have to have.”

Rather than venture into new territory, retailers are relying on categories that have traditionally sold well in the Southern California market, like dresses, ornate tops and leggings. Must-haves are largely in the accessories category, where demand is relatively stronger than apparel.

“This is the time when you end up sticking to categories that are tried-and-true, like accessories and cashmere,” said Los Angeles boutique owner Lisa Kline, whose shops carry brands like Danang, Rebecca Taylor and Citizens of Humanity. “I’m not looking for anything too specific in apparel right now, but new accessories like bags and belts. It’s a great filler, and a good category for gift items year-round.”

Los Angeles retailers do seem to be stocking more affordable products — anything with a lower-than-usual price point.

“When things are down people always want a bargain, and our temporary sale store did better than the boutique for a while there,” Kline said.

Still, for cheaper goods, quality is a concern.

“Some of the designers that do have great ideas have production that’s of poor quality,” Mouracade said. “To save money, they send production to India or China, but the goods don’t come out well, don’t fit right and they lose business. The price point may be better, but I won’t even write orders anymore because the items fall apart.”

The good news, Metchek and LAEDC chief economist Jack Kyser agreed, is the weak dollar makes the U.S. retail market an attractive bargain for international shoppers, who might help offset the sales void left by a sagging economy.

“Tourist dollars are very important right now and will become more so, especially for the trendy shopping districts,” Kyser said. He pointed out the latest round of interest rate cuts and the federal government’s economic stimulus package should help stabilize the local economy and could help spare retailers an even rockier 2009.