L’Oréal Paris is committed to ramping up its product offerings in the second half, with a keen focus on delivering first-to-mass items. 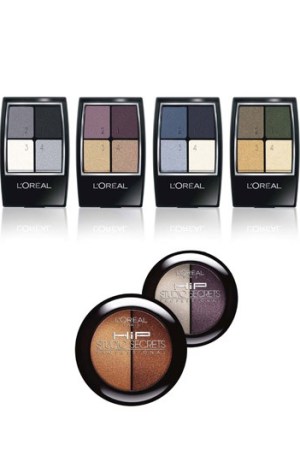 L’Oréal Paris is committed to ramping up its product offerings in the second half, with a keen focus on delivering first-to-mass items that continue to lure the department store customer.

The beauty division of L’Oréal USA need only point to the success of its first half as proof of its mettle, one where president Karen Fondu attributed sales goals to a high “level of innovation and formulas and packaging across the board.” Cosmetics sales were strong in the fourth quarter, she said, with the first half benefiting from Double Extend and True Match Roller, as well as Studio Secrets Magic Perfecting Base, which, Fondu said, “is leading in the foundation category in the mass market.”

In skin care, L’Oréal Paris realized “good momentum” via Go 360 Clean, which catapulted the brand to the number-five slot in facial cleansing, up from number 10. Go 360 Clean has surpassed one million units sold and is recruiting younger users to the L’Oréal franchise, added Fondu.

Retailers can expect second-half innovations from L’Oréal, including a first-to-mass offering, Collagen Micro-Pulse Eye. The two-step, antiaging, antipuff eye product starts with the application of a cream under the eye, followed by a massage with a micropulse massage wand.

“It was inspired by professional technology and devices and brings the micropulse massage to the mass market,” said Fondu. “L’Oréal USA launched the eye-roller technology [with Garnier Skin Renew Eye Roller] and this is the next generation.”

The cream formula contains marine collagen and Erasyl, a proprietary polypeptide, and Nylon 66, polyamide textile fibers, “to fill in wrinkles around the eye,” said Lydia Evans, a dermatologist with a practice in Chappaqua, N.Y., who is serving as a consultant for the brand, as she discussed with editors L’Oréal’s new skin care products. Immediate results include dark-circle reduction and smoother crow’s feet, said Evans, while after four weeks, results are more pronounced and include visibly diminished eye bags. Collagen Micro-Pulse will sell for $19.99 beginning in July.

Under RevitaLift, there is a new version, Complete Photoaging Repair with SPF 30, an innovation in that RevitaLift’s active ingredient, Pro-Retinol A, which tends to break down in the sun, does not with this formula, “so women can wear it in the day with SPF and they will get the retinol benefits,” said Evans. RevitaLift Complete launches in July and will sell for $16.99.

A key launch for L’Oréal Paris is Visible Lift Serum Absolute, one that has a more “luminous formula” and also features five antiagers — Pro-Retinol A, vitamin C hyaluronic, Pro-Lastyl and Pro-Xylane — to address the signs of antiaging. Available in 12 shades, complete with pearl extract for luminosity, Visible Left Serum Absolute is available in July and will sell for $14.95.

“This was something that we heard customers were complaining about,” said Fondu.

Fondu said L’Oréal studies found that women wanted to be more gentle to their hair and delay allover colorings to less than every three to four weeks. Root Rescue, she said, gives consumers that convenience and quickness. Formulas are quickly poured and shaken in a plastic container, which can be conveniently held in the back of Root Rescue’s box, where there’s a pop-out hole. The low-ammonia gel formula is intended to be used immediately after mixing and is permanent in nature. Root Rescue will launch in July and sell for $7.99.

Also set for the back half of the year are four smoky eye shadow quads under the Studio Secrets Professional brand. Each quad has been designed for a specific eye color (one for brown, green and blue eyes, and one meant for all eye colors) and gives instructions on the backs of packs on how to apply each color to the lid to create a smoky eye. Studio Secrets Professional, which also bears the HIP brand and occupies HIP’s one to two feet of shelf space in stores, will ultimately take over for the brand that launched several years ago.

“The whole concept is to bring professionally inspired lines to mass,” said Anne Talley, senior vice president of marketing at L’Oréal Paris. “We had that with HIP, but we wanted to take that to a new level and signed [makeup artist] James Kaliardos. So we took HIP and brought the other professional-inspired products by James and created the brand. And on top of that, it is organized in the store, so it’s easy to shop with eye colors all segmented by eye color. The face primer is in the line with color correctors and we have before-and-afters at the wall….HIP is still on some of the product, but not branded on in-store presentation. Ultimately, we will phase it out.”