By Joelle Diderich and Mimosa Spencer on November 8, 2017
View Slideshow 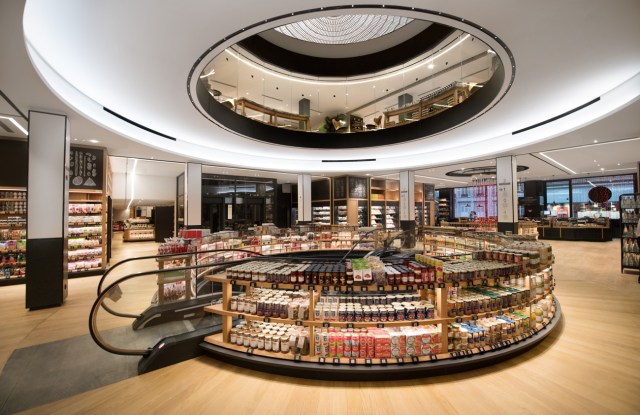 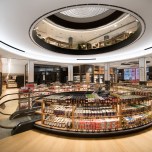 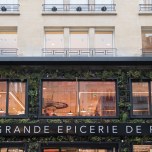 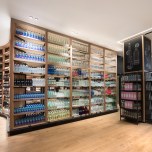 PARIS — La Grande Epicerie de Paris, the temple of upscale grocery shopping on the Left Bank, is spreading its wings across the river with the opening on Thursday of a second outpost in the tony 16th arrondissement.

It is the first branch of La Grande Epicerie, founded in 1978 as an offshoot of department store Le Bon Marché, which is owned by French luxury conglomerate LVMH Moët Hennessy Louis Vuitton.

“Even though many people unconsciously consider France as the pinnacle of gastronomy, until a few years ago, we were really lagging other countries in terms of food concepts,” Patrice Wagner, chief executive officer of Le Bon Marché, told WWD in an interview.

“The advent of hypermarkets forced the closure of many small groceries in city centers. What we are witnessing now is that people no longer see food shopping as just meeting a primary need. It’s also about quality, sourcing and traceability. Today, one of the biggest pleasures is treating yourself to good food or a nice meal,” he added.

To that end, La Grande Epicerie de Paris Rive Droite stocks 30,000 product references, including fresh produce. Among the 6,000 grocery items on offer are 100 varieties of potato chips, 150 types of oils, 350 sorts of jams and marmalade, 350 kinds of chocolate tablets and 150 water brands.

Chocolate bars are displayed in an arc-shaped nook, neatly packed in rows of tablet-sized shelves. The section is on the same floor as the coffee roasting machine that presides over a vast space for specialty teas and coffee beans sold in bulk. A gigantic copper vat, holding jars of jam and marmalade, was made expressly for the store.

There are four tasting counters, in addition to a 116-seat eatery on the top floor run by Mexican-born chef Beatriz Gonzalez, known for her Paris restaurants Neva Cuisine and Coretta. The contemporary space, painted in an olive hue, is accented by marble countertops in white, black and a bright green, with plants scattered throughout.

The store will have a staff of 180 who work closely with their counterparts at the Left Bank location, where the basement kitchens have been renovated and expanded by 60 percent to cater to extra demand. With three chefs at the helm, they churn out everything from fresh bread to deli counter food.

Wagner said the high staffing levels reflect the importance of customer service. “There is no better service we could offer than having competent people who are capable of reciting a poem about a piece of meat,” he said with a smile.

“People say that digital is killing bricks-and-mortar. If you want my opinion, that is just an excuse. The Internet is not the real problem today. The problem is retailers who are not capable of offering their customers anything interesting or attractive,” the executive remarked.

“Recent studies on Generation Z show that a large majority say they would prefer to make their purchases in physical stores. Nowadays, you don’t come to a store to buy a T-shirt. You come because there is a reason to come and a pleasurable experience,” added Wagner.

On the ground floor, the meat section faces the seafood stand, announced by a towering meat locker with glass doors that lay bare the contents inside: massive beef thighs wrapped in red, white and blue ribbon, indicating their French origin.

Like the mothership on Rue de Sèvres, the space is decorated with ceramic mosaics by Mathilde Jonquière — the liveliest of which presides over the seafood section: a school of oversized fish in blue, white and brown.

Behind the foie gras section is a long table where customers can sit for sampling, not too far from the chilled cases for smoked salmon and caviar. In the basement, the wine cellar, punctuated by a gigantic oak wine barrel, sits next to cheeses and cases of hanging legs of cured ham.

Key design aspects of the store include the criss-crossing escalator banks — the Bon Marché flagship’s signature — as well as the historic glass cupola. Floor plans are largely open, with daylight streaming in from windows on both sides. Mosaics and tiles are scattered throughout, including oversized renderings of pastries.

“You will recognize a lot of our DNA in the new Grande Epicerie, but there will also be evolutions,” Wagner said, citing an expanded organic food section as an example.

The executive declined to specify how much LVMH invested in the new store, but indicated the sum was “considerably” below 50 million euros. He expects the combined revenues of the two grocery stores will account for 20 percent to 22 percent of revenues at Le Bon Marché, versus 15 percent at present.

The store is geared mostly to a French clientele, which accounts for 60 percent of revenues at Le Bon Marché, helping the store weather the sharp drop in tourism seen after the terrorist attacks in Paris and Nice in 2015 and 2016, according to Wagner.

“What makes us special is a mix of architecture, events, products and private labels. It’s not about offering the lowest prices, but the best value for money,” he said. “Our approach is paying dividends, since we are the only store in Europe that has seen a double-digit increase in local customers over the last five years.”

Although Wagner has been approached to set up branches of Le Bon Marché and La Grande Epicerie in places as wide-reaching as New York, Tokyo, the United Arab Emirates and London, there are no plans for expansion at present.

“Our five-year plan does not include further locations for La Grande Epicerie,” he said. “We are slightly cautious and I think for the time being, we will focus on our operations here and we still have plenty to do.”

LVMH recently overhauled the Bon Marché’s e-commerce offer with the launch of its global site 24 Sevres, and plans to launch a separate food-focused e-commerce site in parallel. Wagner said he welcomed the competition from other retailers.

“It helps to create a market for premium food products. Going to the supermarket today is not just about buying washing-up liquid,” he said. “It’s about rewarding yourself, and taking care of your health and well-being.”