Lands’ End Pops Up in SoHo

The company has been reexamining its retail strategy.

By David Moin and Aria Hughes on September 9, 2016
View Slideshow 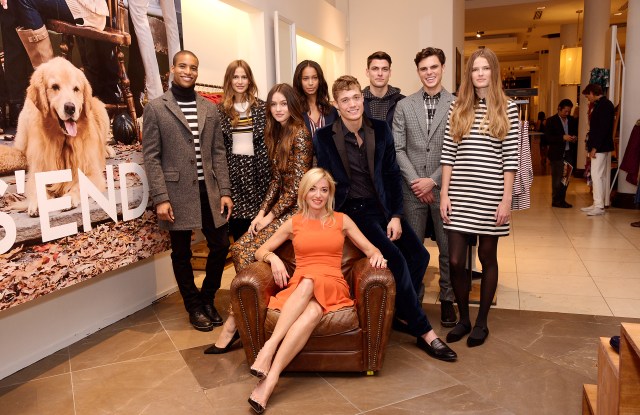 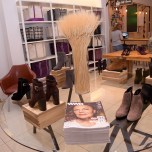 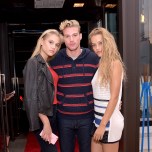 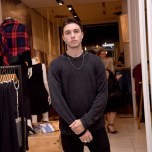 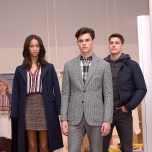 Lands’ End is seeking to widen its customer base and has a new SoHo pop-up store in Manhattan that embodies the strategy.

The two-level, 8,000-square-foot pop-up launched Thursday at 580 Broadway between Prince and Houston Streets. It showcases the new Canvas by Lands’ End and Lands’ End Sport collections, as well as a cashmere bar and a space for consumers to socialize and recharge both themselves and their mobile device, and have hot chocolate and cookies.

The store also sells the classic Lands’ End women’s line of apparel, accessories and footwear, has a men’s haberdashery shop, and areas for kids and home merchandise. In time for the holiday season, a gift shop will be installed at the front of the store.

While largely a direct-to-consumer business, the pop-up provides a different venue for Lands’ End and its growing product range. “Here we are introducing our family of brands,” said Federica Marchionni, president and chief executive officer of Lands’ End. “My goal is to keep our loyal customers and of course I need to recruit a new generation of shoppers.”

The main level also offers personalization services for monogramming, embroidering a patch and heat stamping for leather items including gloves, belts and handbags.

Depending on demand on the day, getting a garment personalized can take as little as 10 minutes, and costs $10.

Lands’ End marked the opening of the pop-up with a party on Wednesday night attended by Arianna Huffington; Anne Fulenwider, editor in chief of Marie Claire, and Cindi Leive, editor in chief of Glamour. The store will be open until Valentine’s Day. Lands’ End just a few days ago closed its pop-up store in Southampton, N.Y., which operated for a month. Last year, Lands’ End opened a pop-up on Fifth Avenue.

Canvas by Lands’ End was launched earlier this year after a hiatus of several years. “People were asking us to relaunch Canvas,” Marchionni said. Canvas has “more style and fashion content and is a little dressier,” with a smaller selection of product, compared to the Lands’ End label. But with Lands’ End, “I am elevating the core product. It’s an evolution customers will enjoy.”

Marchionni said the pop-up strategy is a good “exercise” for her team to test their mettle in retail and respond to the needs of customers in different ways. Lands’ End barely scratches the surface in retail, with just 10 Lands’ End Inlets selling a mix of clearance and regular-price merchandise. An 11th store, a premium outlet, will soon open in Aurora, Ill. Lands’ End has shops inside 222 Sears stores, but has been reducing its presence in the chain and will soon sell on Amazon.

A larger presence of freestanding stores could be seen one day. “I believe Lands’ End needs to consider retail as an additional channel, not on a big scale because people shop online, but to grow the awareness. It will be a good option. We are seriously weighing this,” Marchionni said.