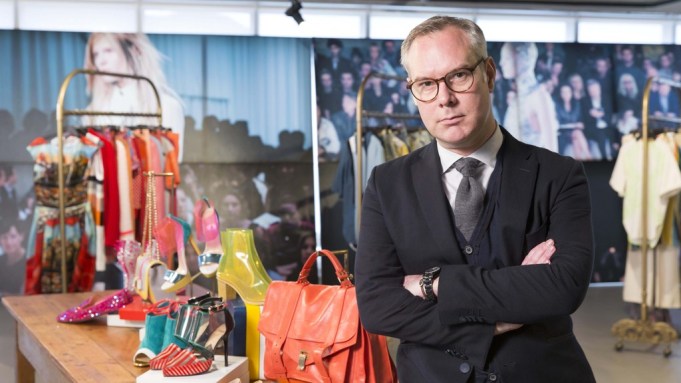 The Hong Kong-based retailer is gearing up to open two stores in mainland China — in Shanghai and Chengdu — this year, at a time when competition within luxury retailing is rapidly increasing both online and in brick-and-mortar players entering China.

Its goal is to add another two to three stores in Mainland China over the next few years.

The company, which offers a highly curated and edited selection of luxury and fashion brands ranging from J. Crew to Proenza Schouler, currently has a network of three flagships and two home furnishings stores in Hong Kong as well as two units in Beijing.

The Shanghai and Chengdu stores will bring a significant number of new brands to China for the first time. The company is planning to open a 150,000-square-foot store in Shanghai in August, which will be its largest, and an 82,000-square-foot store in Chengdu in December. The retailer is investing 500 million Hong Kong dollars, or $64.4 million, in the Shanghai store; it declined to reveal the investment in Chendgu.

“Our intention has always been to expand in China. I think the issue really has been a question of how we can sort of nail all of those bits at the right time,” Lane Crawford president Andrew Keith told WWD during an exclusive interview at the retailer’s headquarters here. The sprawling space, reminiscent of an art gallery, houses a ping-pong table employees can use during break time.

The retailer, part of the privately-held Lane Crawford Joyce Group, expects to post double-digit sales growth for its most recent fiscal year, which ended March 31. Last year, the company said it posted “record-breaking” revenue of $700 million, with comp store growth of 23 percent.

While it’s well documented that the Chinese luxury market is showing signs of slowing down, Keith said his company hasn’t felt it. While Lane Crawford noted reduced traffic at its stores last year, it actually saw higher average transaction levels, he explained. The executive attributed the performance to Lane Crawford’s loyal customers and the store’s attention to personalized service.

“I think that whenever you’ve got sort of retail cycles that happen through projected periods of expanded growth, you then have a correction as the market finds its balance again,” he said. “We are very fortunate in that our business is growing. We’re not really seeing any of that slowdown.”

Keith added that Lane Crawford, unlike other luxury retailers, hasn’t felt the impact of the anti-corruption and gifting crackdown that has been sweeping China in recent months. He said the store’s focus on women’s fashion — rather than traditional gift-associated categories like watches that generally are given to men — has helped shield the company from that dynamic. However, he remains cautious about the future.

“What will be interesting is to see where that will go,” he said of the luxury crackdown, adding that China’s wealthy could be on the way to welcoming a less ostentatious approach to gift-giving and lifestyle.

Lane Crawford is expanding its presence in China at a time when other multibrand retailers are entering the country. All of them are providing Chinese consumers with new ways to spend their money beyond the conventional luxury shopping experience in the country: monobrand stores in shopping malls and developments.

This fall, Galeries Lafayette plans to open a large store in Beijing through a partnership with Lane Crawford rival I.T. Just last week, Neiman Marcus staged a fashion show in Shanghai to tout its new e-commerce platform in China. Net-a-porter recently launched a Chinese version of its Web site as well, joining a crop of competitors including Yoox and Shangpin. At the same time, Lane Crawford is making its own online push — it spent five years developing an international e-commerce platform, which the retailer claims is seeing triple-digit growth and will become its largest single outlet in the next five years.

Meanwhile, McKinsey & Co. just released a report identifying China as the world’s second-largest e-commerce market, with estimates as high as $210 billion for revenues in 2012. While Keith acknowledged that China’s retail landscape is evolving at a clip, he’s also quick to point out that he sees Lane Crawford at a distinct advantage to many of its competitors. The retailer has a long history in the region — Scottish entrepreneurs founded the company in 1850 with a makeshift shop made of bamboo — and it doesn’t operate concessions. That model gives it the flexibility to adjust the product mix to cater to consumers and have its own dedicated sales staff, he said.

“The Chinese consumer…certainly for the customers that we’re talking to, are looking for points of differentiation, they’re looking for product that has got a newness to it, that is not by any means ubiquitous. I think that that’s the area that we’re in and that we excel in and I’m not sure where Galeries Lafayette fits in terms of that proposition,” Keith said, referencing the French department store’s format that features numerous shops-in-shop.

Similarly, Keith said Lane Crawford has an edge in the e-commerce arena over other online players as the Hong Kong-based retailer can use its physical stores to gain credibility with Chinese consumers still hesitant about buying full-price luxury goods online. Lane Crawford bills itself as the only omnichannel retailer in China.

“For us, what we’re seeing in actual fact is that customers are spending more when they’re interacting with the brand more,” Keith said. “We don’t see it as a cannibalization of any existing store business; we actually see it as a really amazing opportunity to grow the store business. If you don’t communicate and have physical stores, sometimes it can be difficult to execute in a way that the consumer understands the legitimacy of what you are doing because there’s all sorts of gray areas around China.”

In terms of the new physical stores, Keith said that the new Shanghai Times Square unit will be “the next generation” of Lane Crawford. Expanding on the concept of Lane Crawford’s flagship at Hong Kong’s IFC mall, the new Shanghai store will feature a large Platinum Suite to accommodate VIP customers as well as significant floor space dedicated to cosmetics, apparel and accessories. The smaller Chengdu store will incorporate many of the same concepts but offer a tweaked product assortment to accommodate for the local climate as the city is colder in winter than Shanghai, Keith explained.

Chengdu, a major hub in western China that has a population of some seven million people, has a large segment of high-net worth individuals thanks to a thriving technology industry. It also boasts a lively nightlife, Keith said. “It’s a very social city,” he said.

Keith acknowledged that Lane Crawford has learned a lot about operating in mainland China through trial and error. Just a few years ago, it had a cluster of stores in Shanghai, Harbin and Hangzhou through franchising agreements.

“There was some speculation around China in terms of short-term gain and at the time there was a decision to buy a bit of market share and operate Lane Crawford under a franchisee.…It was not the right way for the brand to be exposed in China,” said Keith. The stores were too small to adequately reflect the retailer’s vision, he said. Ultimately, Lane Crawford decided to terminate its franchise operations and closed those stores, which were about 20,000 square feet each.

The retailer returned to the mainland in October 2007, when it opened an 86,000-square-foot store in Seasons Place mall in Beijing under its own control. It later opened a second location in Beijing at Yintai Centre.

Further expansion into mainland China has encountered some delays and altered timetables. Lane Crawford has been talking about opening more stores in China for several years now.

“I think there is an element of the nature of the beast in terms of dealing with China, which means that you have to incorporate a certain amount of flexibility. The playing field changes, not just from a property development side, but also from logistics, import duty, customs and so you need to build that in. You’ve got to be flexible,” he said.

“It was too sophisticated, maybe too niche, maybe too fashion at a time when the ready-to-wear side had not started booming,” he said, adding that their early locations were “not the best.”

Torsten Stocker, head of consumer goods and retail at Monitor Deloitte in Hong Kong, agreed that times are different now and Lane Crawford stands to gain ground in a Mainland Chinese market devoid of many unique multibrand shopping options.

“More Chinese consumers are getting tired of the same monobrand stores in shopping malls and are now looking for an eclectic mix of well-known but also less well-known, interesting brands that Lane Crawford offers. In the past, maybe they were a little bit ahead of their time [in the Chinese market]. That demand was too small,” Stocker said.