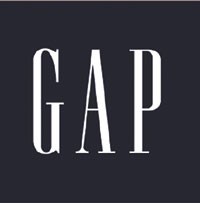 Fiscal 2004 revealed a shifting in rankings for some of the most well-known specialty retailers. Urban Outfitters and American Eagle Outfitters moved up the most in ranking from last year, while on the negative side, Wilsons, Talbots and Hot Topic lost the most standing. With the addition of New York & Co. to the specialty space last October, Wet Seal Inc., which had a challenging year, was dropped.

3. CHARMING SHOPPES INC.
Volume: $2.33 billion, up 2 percent
Last year’s rank: 3
Profits are up 70 percent in the past year for this plus-size specialty retailer, whose stores comprise Lane Bryant, Fashion Bug and Catherines.

5. AMERICAN EAGLE OUTFITTERS INC.
Volume: $1.88 billion, up 31.1 percent
Last year’s rank: 7
Although stores are primarily in the U.S. and Canada, American Eagle’s next plan is to expand via its e-commerce Web site. AE.com has begun shipping internationally to 24 countries.

7. TALBOTS INC.
Volume: $1.7 billion, up 6.5 percent
Last year’s rank: 5
Founded in 1947, Talbots serves a customer niche of women ages 35 and older. Approximately 70 percent of Talbots’ audience has a college education, and the majority are professionally employed.

9. GOODY’S FAMILY CLOTHING INC.
Volume: $1.27 billion, up 3.3 percent
Last year’s rank: 8
In March, Goody’s was ranked third as one of the top specialty retailers where women shop, according to a study conducted by BigResearch, a consumer intelligence firm.

15. THE CATO CORP.
Volume: $773.8 million, up 5.7 percent
Last year’s rank: 13
WWD said in March that Cato recently has begun placing extra emphasis on appealing store environment and customer service for its 950 stores in the U.S.

20. WILSONS THE LEATHER EXPERTS INC.
Volume: $441.1 million, down 15.3 percent
Last year’s rank: 17
In the spring of 2003, this leading retailer of leather outwear launched its exclusive line of Dale Earnhardt Incorporated clothing, which is targeted toward NASCAR’s 75 million fans.