It is the company's first store in Europe, a 3,000-square-foot boutique on London’s Westbourne Grove. 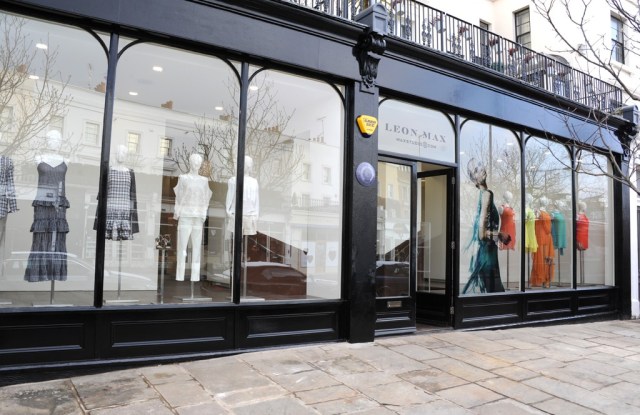 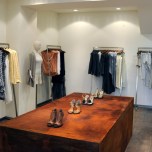 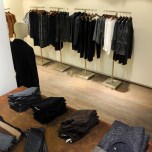 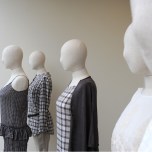 LONDON — Leon Max has opened his first store in Europe, a 3,000-square-foot boutique on London’s Westbourne Grove, whose design echoes that of Max’s stately home in the English countryside.

The shop bowed last month and has been a labor of love: Max and his team have spent the past year transforming the store into a cool, minimal space with waxed wood floors, metal banisters rusted with salt water and brushed chrome fittings.

The interior is in a similar style to that of Easton Neston, the Baroque stately home in Northamptonshire, England that Max, the company’s Russian-born founder and creative director, purchased and began renovating in 2005. It now serves as the base for the label’s U.K. business.

Simon Goldstein, managing director for U.K., Europe, and U.S. retail, said the brand looks for stores that are of “architectural interest,” but that also allow the label to express its individuality. Its neighbors on Westbourne Grove include Joseph, Aesop, Comptoir des Cotonniers, and Ralph Lauren. The interior design, created by Max, is a new concept to the brand.

The boutique follows the launch of Leon Max’s e-commerce site in the U.K. and Europe in 2010, and Goldstein said the label now counts 15,000 online customers in Europe.

The store carries both the higher end Leon Max collection and the Max Studio line, including floaty silk chiffon evening dresses in bold tones of orange, yellow and red, alongside more casual pieces such as wool coats, tunic shirts and silk shell tops.

Prices in the store run from 99 pounds, or $157, for a top through to 499 pounds, or $792, for a dress. Goldstein declined to give sales projections for the space. “The critical thing is to establish the business in Europe for the long term. I do think there is a niche in the market for this kind of product,” he said.

The label is currently pursuing locations in other areas of London, including Regent Street and the Cadogan Estate, which encompasses areas such as Sloane Street. The label also plans to expand into Western Europe, and is considering stores in France and Spain, according to Goldstein.