The Italian brand is expanding its retail presence in the U.S. as well as its partnership with Saks Fifth Avenue. 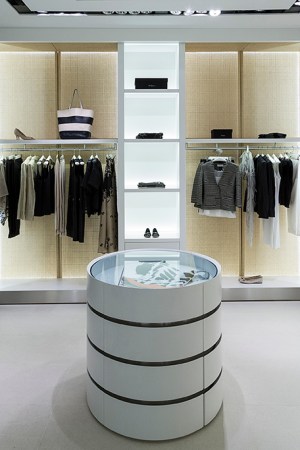 Italian knitwear label Les Copains is expanding its U.S. presence with two store openings, the first in the Buckhead area of Atlanta in July, the second in the River Oaks Shopping Center in Houston this fall.

Additionally, Les Copains, which is owned by Bologna, Italy-based BVM SpA, is deepening its partnership with Saks Fifth Avenue, which carries the line in 18 stores. Saks is taking on an exclusive capsule collection of Blue Les Copains, the diffusion line designed by Peter Som, to be sold in 11 of its stores in September. The capsule will retail from $245 to $685.

These developments are in line with the brand’s North America-focused retail strategy, which emphasizes markets outside of New York City. Les Copains operated a New York flagship at 807 Madison Avenue from 1996 to 2007 — the brand owned the entire building at the time — but shuttered the store after selling the building as an investment. “It’s easier for us to manage a plan outside a city as competitive as New York,” said Francesco Leone, chief executive officer of BVM USA. “We could give the opportunity to the company to start to accumulate more experience outside that market. It’s also more cost efficient to first reach the critical mass outside New York City.”