The former Disney executive is charged with developing experiences to attract more consumers to the QVC and HSN platforms.

Ferraro will begin her new job on Sept.16 and report to Mike George, president and chief executive officer of Qurate Retail, the company announced Tuesday.

In a statement, Qurate said Ferraro’s primary focus will be “to advance the company’s growth strategies by leveraging the power of video, storytelling and curated retail experiences on new and next-generation platforms.” A Qurate spokeswoman said George’s responsibilities remain the same. 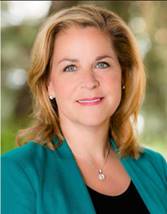 Ferraro was most recently co-chair of Disney Consumer Products and Interactive Media and president of Disney Consumer Products. She worked at Disney for 17 years. Given her strong background and one that’s relevant to Qurate’s mission, she could be considered a possible successor to the 57-year-od George one day. The company spokeswoman had no comment on any succession planning.

“Leslie’s extensive experience driving growth and innovation, particularly her impact on a global scale at Walt Disney Parks and Resorts, the world’s preeminent experiential brand, fits perfectly with our focus on delivering the world’s most engaging shopping experiences across all platforms and devices,” said George. He added that Ferraro’s track record of advancing consumer-centric initiatives will be important in Qurate’s efforts to get consumers to engage with QVC and HSN and “discover a new way to shop.”

At Disney, Ferraro led the Disney Store and retail businesses and a global organization that delivered products across the toy, book, home and apparel categories, connecting audiences to Disney, Pixar, Star Wars and Marvel brands.

She characterized her mission at Qurate Retail as elevating the QVC and HSN brands and “accelerating the implementation of strategies that will cement our position as a leader in experiential retail.”