Life on the Buy Side With Wendy Liebmann

For the retail expert, shopping is not only a personal passion — it's serious business. 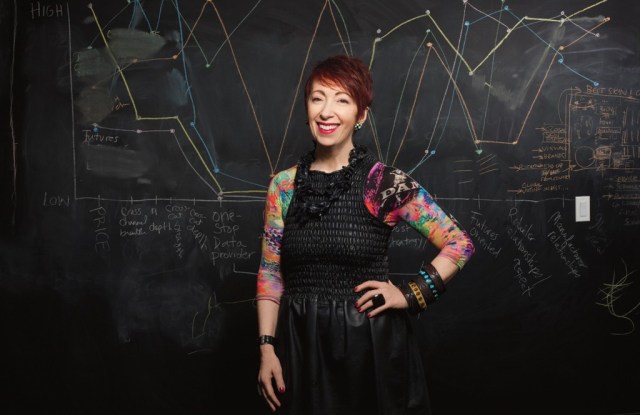 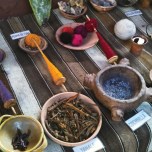 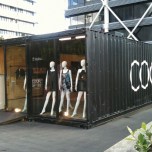 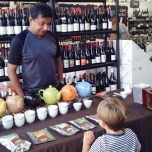 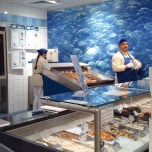 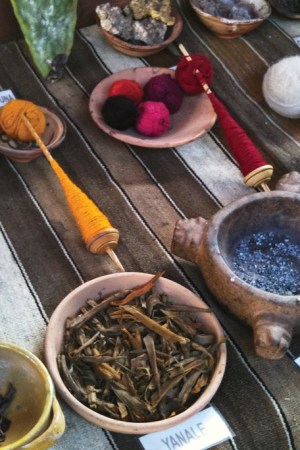 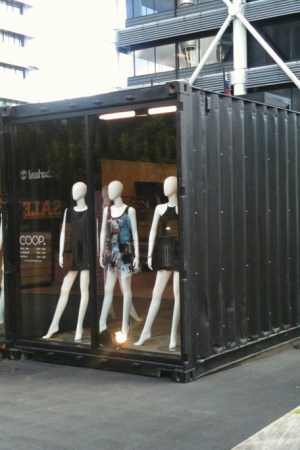 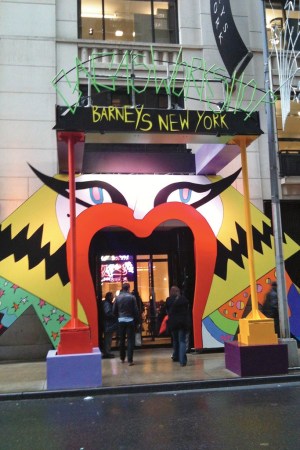 The Eataly of Fashion and Lifestyle: Green Pea Democratizes Sustainability

Wendy Liebmann is smitten with stores. The founder of WSL Strategic Retail speaks about the redemptive qualities of shopping the way some people talk about a Caribbean vacation or spa getaway. WSL, a consulting firm, helps clients create results-oriented retail strategies to drive business, advising them on everything from distribution strategies to corporate culture. Liebmann challenges retailers to find new approaches to selling products and services. While WSL has a special interest in retail and beauty, it counts food and beverage, pets, financial services and health care firms among its clients. As WSL’s chief executive and chief shopping officer, Liebmann travels around the world — she visited Bonn, Zurich and Lima, Peru, in 2011 — giving speeches about embracing change and preaching her message of customer-centricity. Not simply concerned with the here and now, Liebmann makes bold predictions about the industry’s future, looking out 10 to 15 years. Her strong belief in the preeminence of the consumer led Liebmann to develop “How America Shops,” a biannual survey that decodes the customer’s collective behavior and mind-set.

Whenever she visits a foreign country, Liebmann makes a point of seeing where and how the locals shop. “There are markets where things are bubbling up,” she says. “A lot of things are developing in Turkey, China and New Zealand.”

Mall culture is growing in Lima, for example, where entrepreneurs are modernizing the traditional juice stands found on city streets and bringing them to burgeoning shopping malls. Metro supermarket’s Real Future Store in Bonn, Germany, is a favorite of Liebmann’s because it tests new concepts, such as sound and smell showers in the seafood department that envelop customers with a wraparound un- derwater experience.

“I follow the shopper,” Liebmann is fond of saying. “She will lead us to the future and change the way retailers think. The reality of listening to shoppers makes our clients step back and listen. A client once said to me, ‘You make us feel uncomfortable.’ I shake them up a bit.”

There’s no sugarcoated advice falling from Liebmann’s lips. “I was giving a speech to a group of chief executives and I said, ‘Get rid of your real estate departments and turn them into digital marketing departments,’” she recalls. “You could hear all the air being sucked out of the room.”

Services such as nail spas and blow-dry bars are catching on at chains like Walgreens and Duane Reade, while Sephora is creating shop-in-shops for brands like Make Up For Ever at some locations. “We’re doing ongoing consumer research where consumers evaluate the in-store experience and tell us what they expect from beauty companies,” says Liebmann, who helped Boots U.K. develop a market-entry strategy when it decided to expand to the U.S.

After testing its concept at Target and CVS, Boots chose the mass retailer over the drug chain. “We wanted to bring our legendary service from the U.K. to the U.S.,” says Boots ceo Steve Lloyd. “Wendy very much helped us shape the approach we took in the trial. Putting service into the mass market was seen as a bit different. Wendy was very supportive and Target embraced the program.”

In 2007, Liebmann helped luxury and mass market clients navigate the recession. “They were fearful and stopped thinking about the future,” she says. Liebmann last year began urging clients to realistically consider the future, adjust their expectations and examine their business, warts and all. “Pragmatic provocateurs” is what Liebmann calls her team. “We provoke thinking and being really practical.” That’s not to say that Liebmann doesn’t appreciate a bit of fantasy and whimsy from time to time. Retail theater, in other words.

Liebmann invited a reporter to join her on a “retail safari,” a service WSL offers clients that includes tours of notable stores followed by a brainstorming session. On a recent rainy Friday, Liebmann was waiting inside Eataly, the vast Italian market-place with cafés, a gelato bar, restaurants, fresh meat, fish, pasta, produce and more. Liebmann understands the nature of the retail beast and dressed accordingly. For the Eataly excursion, she wore patterned pants, a black raincoat and black Converse sneakers. “Never underestimate the power of a comfortable pair of shoes,” she says. “When I go shopping, I like to go hands free.” Liebmann wasn’t carrying a handbag, but every so often, she pulled an iPhone out of her pocket and snapped something that caught her eye.

Walking into Eataly’s fish market, she recalled the time she took a fragrance client on safari to Whole Foods at Time Warner Center. As they descended the escalator, the sight and scent of fresh flowers became overwhelming. “Retailers forget that it’s okay to have smells,” she says. “Odors bring back memories. We don’t use smells and fragrance enough, natural or not.”

Despite her enthusiasm for beauty and fashion, two food retailers are at the top of Liebmann’s list of favorites in New York. “The holistic experience at Eataly is pretty stunning,” she says, adding that her other pick is Whole Foods at Time Warner Center. Both retailers do an extra-special job of creating experiences for shoppers. “Sight, sound, innovation, wonderful service — you just want to stay forever.”

Does shopping ever seem like a chore? “Shopping never feels like work for us,” Liebmann says. “You need to have a passion about shopping and retailing. You don’t have to love to shop, but you have to love the adventure of it, the journey. I love shopping for clothes the most and I appreciate a great lipstick.”

Liebmann was raised in a small town in Australia’s bush country surrounded by strong women. “I grew up in a family where you were allowed to speak your mind if you had the facts,” she says. “My mother was always the business ambassador. My grandmother worked with my father exporting sheepskin and wool to Europe for fashion and America for uniforms. Shopping was an adventure for us because we’d go to Sydney and have tea in a department store. The adventure of shopping and the experience of it was very exciting.”

Her mother taught Liebmann the importance of making a good first impression. “I’m very passionate about lipstick and hair color,” she says, patting her chestnut locks. Liebmann is devoted to a distinctive shade of lipstick, M.A.C. Red, that’s somewhere between red and orange. “My mother always said, ‘Keep your lipstick on straight and you can do anything.’”

Liebmann moved to the U.S. in 1979 and got a job at Revlon International. Af- ter six years, she left Revlon and did an 18-month stint at Del Labs working on Lip Quencher, which introduced her to key beauty players at Walgreens, CVS and Wal-Mart. She started her business in 1986 with the idea of helping companies determine the optimum distribution channels for their products. She also hit upon the notion that retailers might find it valuable to get a better understanding of their customers. “Big companies like Wal-Mart were saying, ‘I want to know about my shopper. She’s becoming much more complicated,’” Liebmann says. Her first client was Del Labs. Then, Quick Chek, a New Jersey–based chain of convenience stores selling gas, food and coffee that was looking to add beauty and pharmacy, asked Liebmann for help creating a new format that would appeal to women.

Retailers today have many more challenges. When she started WSL, Liebmann covered 10 different shopping channels. Today, she follows 30, including online, mobile, TV home shopping, social media and more. Then, there’s the economy. One of the unfortunate implications of the recession for retailers is the demise of the aspirational shopper, that post-college working woman who spent a disproportionate amount of her paycheck on fashion and beauty. “Saks Fifth Avenue is recognizing that the aspirational shopper isn’t coming back anymore,” Liebmann says. “You have to create unique experiences.”

“Wendy over the years has provided trend forecasting and consumer insights, how they’re thinking, shopping, saving and trading up,” says Stephen Sadove, chairman and ceo of Saks Fifth Avenue. “She has a perspective that cuts across all channels, from luxury to Wal-Mart. She’s very proactive in terms of how shopping behaviors influence [buying]. I’ve used Wendy for much broader trends than just beauty. She has a global perspective and she’s very well grounded.”

In 1993, Liebmann was interested in the TV shopping phenomenon and wanted to explore it further. She wondered if it was a ripple or a wave. That year, one network gave Liebmann access to its shoppers. “Our research busted all the myths,” she says. “All incomes bought jewelry. People are now willing to buy things without touching and feeling. You can never presume or assume. What’s interesting about TV shopping is that it hasn’t grown dramatically as a channel to buy things. TV can influence the way people buy product in other places. Look at Bare Escentuals. It built credibility through TV shopping and infomercials.”

Liebmann is closely watching mobile and digital commerce for signs of a ripple bubbling up to something bigger. “Ten years ago, dollar stores were a ripple,” she said. “Now, they’re a wave.”