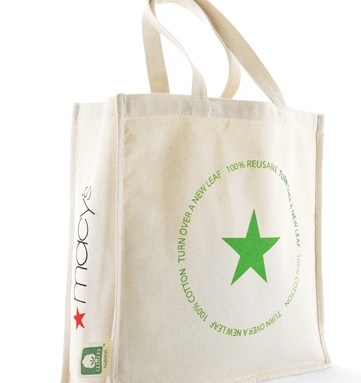 Last month, a Macy’s customer at an Orlando,Fla.–area mall couldn’t find the Donald Trump white dress shirt he wanted in his size: 17.5-inch neck, 36-inch sleeve. The man used the company’s customer feedback system to point this out to the store.

The comment shortly made its way to the Manhattan office of Macy’s Inc. vice chairman Tom Cole. Every morning, Cole and other senior managers receive a daily report that includes store scores and 20 random customer reactions. Cole, who, in addition to heading logistics, credit and systems at Macy’s, focuses on the store experience, was the right recipient.

“The retailers that win in the next decade are the retailers who can get this guy what he wants, when he wants it,” Cole says, noting that the shirt might have been in the stockroom or could have been shipped to the customer directly. The company’s desire is to never have to tell a customer, “No” or “I can’t.”

“It’s possible and we can get better and better at it,” Cole says. “While we’re running a huge company, it’s really about these personal experiences. No matter how good systems get, at the end of the day, it’s about people.”

Though logistics is still about getting the right product to the right person at the right cost, much has changed since Cole started with Allied Stores’ Polsky’s division in Akron, Ohio, in 1972. In 36 years with Macy’s, he’s witnessed three decades of department store consolidation and the meshing of corporate cultures that came with it. He’s seen systems overhaul the practice of logistics. And he’s watched the Internet revolutionize the direct-to-consumer business.

One of the biggest shifts in recent years is Macy’s increased focus on sustainability. It’s an initiative that Cole, a businessman who admittedly keeps a steely eye on cost, oversees directly.

“It’s better business to be green,” Cole notes. “Sustainability to me is about stopping wasted resources and the money that you’re spending to waste them.”

To that end, he says the company has stepped up efforts to measure results, reduce energy usage and move toward solar power. Among some of the retailer’s specific goals are:

Of course, going green doesn’t always help the bottom line. But the idea does so much to galvanize customers and employees that the benefits can outweigh the costs. Cole cited Macy’s switch from traditional packing peanuts for shipments as a case in point.

“We ended up making a signifi cant investment to go to a more expensive, but biodegradable fi ll which actually dissolves in water,” he says. “That was a case where we made a sustainability decision that listened to the customer, but that cost us a little more.”

Macy’s has tried to make the voice of the customer a guiding principle not just in sustainability, but in store design with the Reinvent project and the recently launched My Macy’s program. The move to localize management is still about creating personal experience for the customer.

“In a way, My Macy’s is trying to get back to the days when I worked at Polsky’s and there were two or three stores: local knowledge in a global market,” Cole says.