The retailer hosted a party celebrating the launch of the "Saturday Night Live" 40th anniversary collection and the Key to the Cure campaign on Monday. 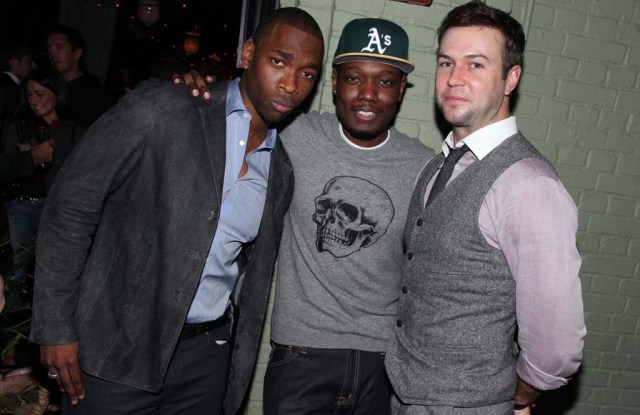 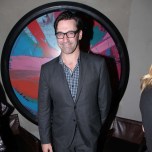 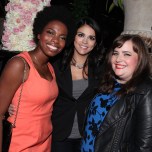 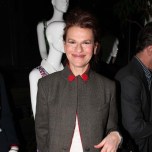 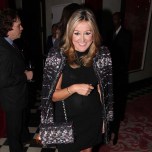 The professional jokesters were decidedly low-key, celebrating the launch of SNL’s 40th anniversary collection and the Key to the Cure campaign at the Gramercy Park Hotel. SNL-ers Ana Gasteyer, Colin Jost, Cecily Strong and Vanessa Bayer (all of whom appear in the KTTC Rag & Bone-designed T-shirts in this year’s ads) also made the rounds. Surprisingly, Strong said there were no real laughs during the photo shoot. “Not there — thank goodness,” she said.

Accustomed to seismometerlike sleep habits due to the show’s full-tilt days, Strong said, “On Saturday, we get there at 12:30 in the afternoon, the show’s over at 1 a.m. and then we have the after party. My sleep patterns are ridiculous. I woke up at 5 in the afternoon Sunday.”

Like many of the cast members, Saks Fifth Avenue’s Marigay McKee did not arrive at the stroke of 7 p.m., opting to be fashionably late. Rag & Bone’s Marcus Wainwright and David Neville were joined by the latter’s wife Gucci Westman, as well as such other fans of the brand as Jon Hamm, his wife Jennifer Westfeldt and the comedian Sandra Bernhard. Back from shooting “Black Mirror” in London, Hamm said, “It’s a show that no one in this country has ever seen,” he said. “I’ve worked over there for the past four years in a row so it’s always been fun. It’s similar but different. Everyone is very polite. They all talk funny, but you can understand them.”

Suno’s Max Osterweis and Erin Beatty had no trouble envisioning a Suno dress inspired by Kristen Wiig’s Gilly character for the anniversary collection that is being sold exclusively at Saks. Beatty said, “It was definitely a fun thing to research, watching old SNL episodes. I love Kristen Wiig and will do anything that she does. She is our kind of girl though — smart, funny and vivacious.”

The same might be said of Bernhard, who has a recurring role on Fox’s “Brooklyn Nine-Nine,” and is out pitching her own projects in L.A. and will be off to Nashville this weekend for her show “Sandyland.” “Every day is difficult to manage when you’re walking the planet but you do it and you love it, because you’re glad to be alive. So it’s always interesting and it’s always fun,” she said philosophically.