Liz Earle To Expand in U.S.

Liz Earle is ready to roll out its wholesome, botanicals-based beauty brand to the U.S. next year, with a focus on skin-care education. 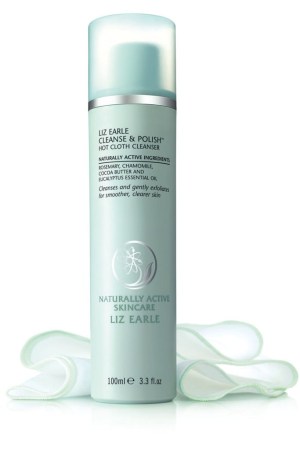 LONDON — Liz Earle is ready to roll out its wholesome, botanicals-based beauty brand to the U.S. next year, with a focus on skin-care education.

The British brand originally planted its flag in the U.S. in 2008 — two years before it was purchased by Avon — and current distribution remains limited. And principals believe there is enormous untapped potential.

In an interview here, Dana Kline, the brand’s U.S. ambassador, said there are plans to forge an exclusive deal with a single retailer with the aim of having key products — such as the brand hero, Cleanse & Polish cleanser — on counters by July or August. She added that talks with specialty and department store retailers are under way. The company is currently setting up an American subsidiary, and plans to relaunch its U.S. Web site next year. Kline said that staff would be sent from the company’s Isle of Wight headquarters in England to pack boxes, and ensure that company culture and levels of service are maintained.

The time is right to expand seriously into the U.S., Kline said: “We have a 24-hour call center on the Isle of Wight, and it was getting so many requests for us to be more present in the U.S.,” said Kline, adding that a selection of Liz Earle products has also been a sellout on Birchbox, where it launched last month.

“We sold three-and-a-half months’ worth of products in less than three weeks,” said Kline, adding that the brand will be available on the Web site once again in January with a further 150,000 samples.

With regard to any potential retail partnership, Kline said Liz Earle plans to go “narrow and deep, infuse the British feeling of service and offer the brand from a treatment perspective. We want to be very hands-on, with training and education at the core of what we do.” She added that the brand plans to pay staff so that they are in a position to do “honest consultations,” and not feel under pressure to sell on commission.

Kline said the brand would be positioned at the prestige level — the Cleanse & Polish Starter Kit is priced at $21.50 — and will compete alongside the likes of Clinique and Laura Mercier. Some 18 to 21 stockkeeping units will be on offer, including the Skin Repair Moisturiser, Instant Boost Skin Tonic and Superskin Concentrate products and Sheer Skin Tint, which also acts as a primer.

The brand plans to appeal to a wide range of women — from teenagers who have just begun to explore skin care to older ones whose skin may require the brand’s more heavy-duty nourishing products.

The products are known for their natural, nonirritating ingredients, such as borage, eucalyptus, sweet almond and avocado oils, beta-carotene, Vitamin E and jojoba beads for exfoliation.

The new e-commerce site, Kline said, will be lifestyle-driven, with a focus on themes such as “conscious living and eating better.” It will also be interactive, with customers able to enter into a dialogue with the service team.

Liz Earle was founded in 1995 by Earle, a former beauty editor and a mother of five, along with her business partner Kim Buckland. It quickly gained a cult following in the U.K., particularly for the Cleanse & Polish cleanser, and built up a following through mail-order catalogues, QVC, the brand’s Web site and its U.K. shops and distributors.

Earle is still involved in the business, although Buckland is not.

According to the company, a bottle of Cleanse & Polish is sold every 22 seconds in the U.K., while the brand’s latest fragrance, Botanical Essence No. 15, won the People’s Choice Award for Women at the FiFi UK Fragrance Awards last May.

Avon acquired the brand in 2010 and has continued to operate it as a freestanding entity. In 2011, the brand introduced color cosmetics, although Kline said they would not be rolled out to the U.S. market as part of the launch.

The company is still based on the quaint, pastoral Isle of Wight, where local employees pack boxes and operate the 24-hour call center, their office walls papered with thank you notes and photos from customers.

Kline declined to comment on business projections, but industry sources estimate that the U.K. wholesale business is 55 million pounds, or $88 million at current exchange, with half that now coming from the brand’s Web site. Three months ago in the U.K., Liz Earle landed on Boots’ shelves for the first time.

In the U.S., Liz Earle could generate $100 million at retail over the next two years, according to industry sources.

Kline said she is passionate about the British-ness of the brand and of the future opportunities. “We don’t want to be just another brand that comes in from Europe and lands in America. We’re most serious about education, and we want to be able to talk to our customers. And we think the U.S. opens up a lot of opportunities for us worldwide.”