The underground brand — the wares of which have been seen on celebrities such as Gigi Hadid and Kendall Jenner — will host a three-day takeover of Maxfield’s boutique. 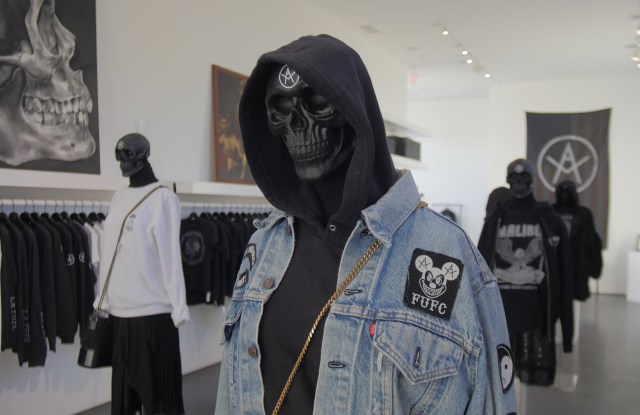 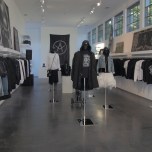 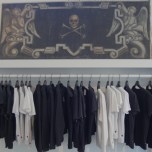 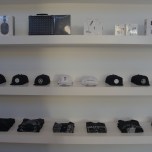 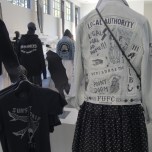 The pop-up strategy’s served Maxfield well at its Melrose Avenue digs. Now, it’s taking the concept to its Malibu store with Local Authority.

The Malibu-based clothing label — known for its edgy, one-of-a-kind pieces that draw from local punk, motorcycle and skate cultures — has taken over the Maxfield Malibu store for a three-day event starting Friday. The young company, launched in 2014 by Alan Sutcliffe and Jeff Skene, has had its pieces worn by Gigi Hadid, Kendall Jenner, David Beckham, Kourtney Kardashian, Kristen Stewart, Kendrick Lamar and The Weeknd. It’s now making strides at retail.

The takeover brings the Local Authority brand to life in nearly every square inch of the store with its clothing and design aesthetic. A few of the store’s existing brands will remain in the store to show how the brand works with other designers Maxfield carries, Sutcliffe said.

“The core elements of the brand are surf, motorcycle and skate,” Sutcliffe said.

That comes to life via a custom painted motorcycle, Seventies Chopper van, surfboards and skateboards throughout the space.

“It’s bridging art and fashion and really trying to spread how we feel about the surf and skate motorcycle culture of L.A. that’s not expressed in a way [in other area brands]. It’s more punk. It’s more hardcore and edgy,” Sutcliffe said.

This is the first time Local Authority has done a pop-up like this — but Maxfield’s no spring chicken when it comes to temporary stores. The fashion-forward boutique has been on a pop-up tear at its gallery space on Melrose Avenue, across from its main store. The most recent of those is Enfants Riches Déprimés along with Mike Amiri, Fear of God, Off-White and Vetements.

Local Authority, like many of the brands that have popped up at Maxfield, got its start there originally with a small line of reworked vintage product for the Malibu store. It’s currently sold in 75 stores globally such as Selfridges and Montaigne Market.

The brand is still relatively small, with about four employees and everything made in Los Angeles. The company next month expects to launch its online store. As for whether there’s more opportunity for Local Authority at physical retail, the answer is it depends.

“Retail’s obviously going through a tremendous change at the moment and opportunities like this [with Maxfield] are really exciting,” Sutcliffe said. “So I don’t know about us having a permanent location in the near term. In the long-term absolutely, but doing other events like this is definitely something that interests and excites us.”