The Loft division of AnnTaylor Stores Corp has a new store concept to generate greater productivity and create a warmer atmosphere. 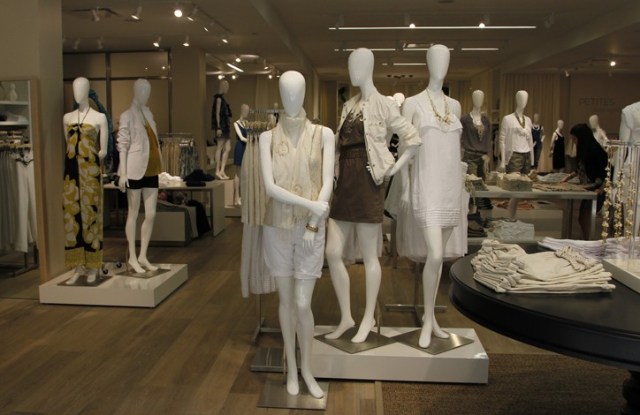 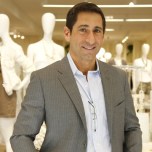 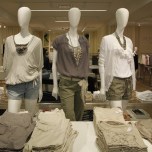 Living in a loft can be wonderful, but it’s not always ideal as retail space.

The Loft division of AnnTaylor Stores Corp., with stores that are typically like open boxes with little definition, has a prototype designed to better express the brand’s casual-chic attitude, generate greater productivity and add some warmth.

“We are taking the concept of a loft environment a little less literally,” Loft president Gary Muto said during a tour of the new format, which opened last week in the Paramus Park Mall in New Jersey.

Loft stores have typically been “very open and not as warm as they could have been,” Muto acknowledged. “You could see everything in the store from a single vantage before, but your eye didn’t go anywhere in particular.”

In the new 5,500-square-foot Loft, the focus is squarely front and center, on an array of glossy mannequins perched on platforms and spotlighting outfits and layering concepts. It’s the lead-in to the central 950-square-foot “marketplace.” Tables, modular fixtures, dress makers and mannequins display sportswear and accessories, as well as many of the season’s bestsellers, such as cropped cargo pants, tanks, metallic tops, T-shirts with ruched shoulders, novelty dresses and floppy takes on sweatshirts.

Flanking both sides of the marketplace are two “arcades,” each segmented into three spaces. The left arcade displays staples and clothes reflecting a somewhat dressed-up, structured approach, including blazers, blouses and dresses. The cash wrap is also on that side.

The right arcade takes a casual tack, with layered looks, scarves, jackets and embellished T-shirts. There’s a white boyfriend jacket paired with denim shorts, whereas, on the left side, a boyfriend jacket is shown with a white linen trouser.

In the back, a 500-square-foot “style closet” emphasizes sportswear alongside accessories to further suggest wardrobing options — like a cotton vest over a basic tank and a novelty skinny cropped trouser with elastic detail. A bauble bracelet is the finishing touch.

While the layout is simple, there’s greater visual impact than older Loft locations, which were on average 5,800 square feet and often overspaced.

“There’s a balance to this,” Muto said. “That’s important. It’s a feel-good thing.” And he acknowledges the redesign reflects his own personality. “I’m a symmetry freak.”

There are about 40 mannequins, twice as many as before, and higher tables, so there’s less bending for products and a less static environment. The store’s neutral color palette helps the clothes stand out, in a look that departs from the industrial, urban feel of other units.

This August, two stores will open under the new format, in Bayside, N.Y., and in Tustin, Calif. Another 10 stores being added to the 500-plus-unit chain in the second half of the year will incorporate elements of the format. Asked how long it will take to know if the prototype resonates with shoppers, Muto replied: “We are examining this every day. We need a couple of weeks to understand.”

Since Muto became president of the $940 million Loft in November 2008, much has been done to sharpen its image and improve results. Muto brought in new heads for marketing, merchandising and design, and the name was shortened to Loft, from Ann Taylor Loft.

“We clarified what the brand was and focused on who the client is,” Muto said. “Gone are the days of being professionally attired every day of the week. It’s one wardrobe today, one closet, and it’s about versatility — dress it up, dress it down. That’s not new news. It’s just about understanding how women behave and what women want.”