The multibrand contemporary shop is in a sprawling space that includes a coffee shop and lounge. 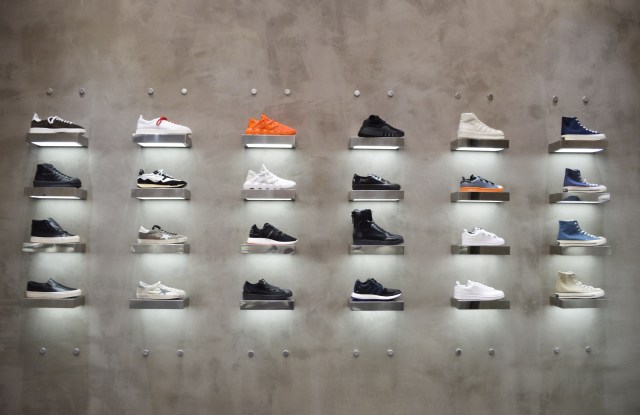 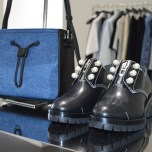 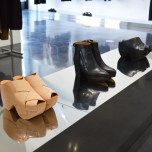 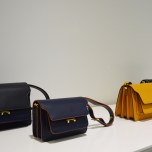 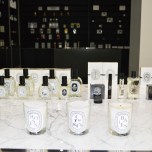 Come and stay awhile at Loit.

That’s what the owners of the spacious multibrand lifestyle boutique want guests to do at its newly opened downtown Los Angeles shop and café that now positions Loit on both ends of the country.

The company, with a store open in Fort Lee, N.J., for the past four years, has prime real estate at the corner of West Olympic Boulevard and Hill Street in the South Park neighborhood, which includes the Staples Center, L.A. Live and a well-manicured neighborhood feel that sets it off from other parts of downtown.

The boutique, with its opening, also brings high-end fashion to the immediate area with its mix of emerging and established designers. That brand roster includes 3.1 Phillip Lim, Ann Demeulemeester, APC, Comme des Garçons, Canada Goose, Vetements, The Great, Raquel Allegra, Rachel Comey and J.W. Anderson, among others. There’s also a good mix of apothecary in Fornasetti and Diptyque candles and fragrances from Byredo.

“A lot of different things obviously factor into the decision-making process [for real estate],” said director Sung Bang. “First was current distribution. The brands that we currently work with, we didn’t want to go into another area where it’s totally saturated already.”

The executive pointed to markets such as Manhattan and other pockets of L.A. where there’s already ample retail.

“It didn’t quite make sense for us to go join that bandwagon,” Bang said. “At the time, we were researching for an area that had a lot of potential for growth. Downtown L.A. obviously is a new, up-and-coming area and we’re just fortunate to have found it early enough to be one of the first ones in downtown L.A.”

While plenty of buzz has built up around the Arts District neighborhood, other parts of downtown are also seeing development activity, including South Park. Loit is located within a mixed-use project called South Park by Windsor that includes 12,500 square feet of retail space along with 284 apartments. It’s across from the Fashion Institute of Design & Merchandising and close to the Ace Hotel, Acne and APC.

The space is roughly 7,500 square feet with about 5,000 square feet dedicated to the retail store and the rest of it an adjoining cafe and lounge space serving up Loit’s own custom brew. That’s in addition to sizable outdoor seating. The New Jersey store also has its own food component, although not as large as Los Angeles.

The company has plans to hold a grand opening Aug. 10.

Loit intends to open more stores in the future, although nothing is currently in development. Consideration of potentially launching Loit-branded product is also something the executive team has thought about, but that’s much farther out and would more than likely follow exclusive collaborations with brands that could roll out as early as within the next few seasons, Bang said.

Loit’s business has been gaining ground. The company began with its New Jersey store, breaking into the business first with men’s wear driven by the success of Japanese denim lines. In April of last year it bowed its online boutique. Merchandise is comprised of about 65 percent women’s and the rest men’s. The company saw gross sales roughly quadruple last year as a result of the boost from online, Bang reported. But strides in the business have also been measured in the number and caliber of brands the boutique is now working with.

“Four, five years ago when we first started, the biggest obstacle was trying to get initial brands into the store,” Bang said. “It’s probably one of the toughest tasks. That’s another reason why we had to start with men’s wear. Being able to build that brand matrix as we’ve gone on in that short period of time, I think that alone is an achievement for us.”

Westfield Aims to Differentiate with Boost to Service Offerings

The Rise – and Ugly Fall – of L.A. Retailer Kitson