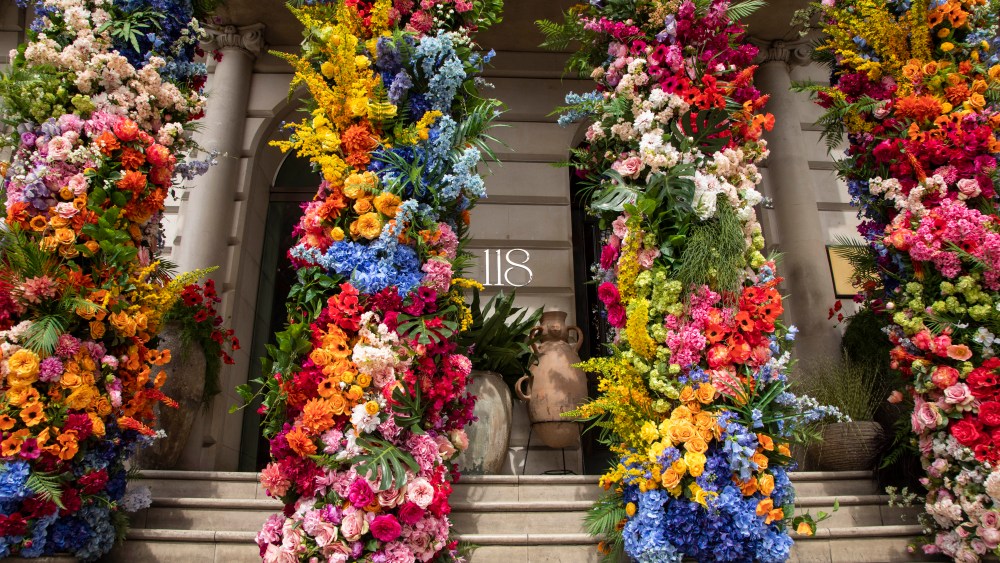 LONDON — Eat in? Or takeaway?

The last time anyone had a dining option like that was back in mid-December, just before Prime Minister Boris Johnson canceled Christmas and told the country’s retail and hospitality businesses to shut once again, indefinitely.

Now the quick vaccine rollout has meant that businesses are reopening once again as part of Johnson’s strategic easing of lockdown. Physical retail and outdoor dining returned in April, and — finally! — pubs, restaurants, hotels, museums, cinemas and West End theaters are allowed to open for indoor socializing this week.

Life is returning to normal: Traffic is clogging the streets anew, taxi drivers are moaning about the addition of cycle lanes and too many cyclists on the road and some Underground trains are standing room only.

People are still required to wear masks indoors, and to keep their distance from one another, but that hasn’t stopped them from flocking to restaurants and bars, in addition to physical shops and salons, which opened last month.

They’re enjoying themselves indoors — and outdoors — despite the rainy, thundery May weather and the threat of a new COVID-19 variant from India that’s hit certain parts of the country.

“People are desperate to come out, and we have been blown away by the positive response from the local community,” said Steve Medway, place manager for the Cadogan Estate in Chelsea.

Medway has been managing the gradual unlocking of businesses and public spaces in neighborhoods such as Sloane Square, Sloane Street and the King’s Road.

He said the number of outdoor tables has doubled to 900 across the estate compared with last year, while the hospitality businesses that have reopened are already expecting to outstrip their performance in 2019, before the pandemic struck. 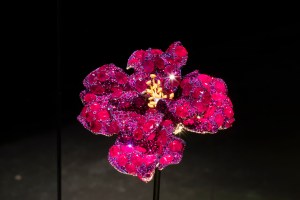 Cindy Chao’s brooch, part of the permanent display in the V&A jewelry galleries.

But it’s not all good news: Medway said footfall at neighborhood businesses, which include Tiffany & Co., Chanel, Louis Vuitton, Ralph Lauren and a variety of restaurants, bars and pubs, is currently down 25 to 30 percent on 2019, compared with the West End, which is 55 to 60 percent lower than two years ago, due to travel restrictions and a lack of international tourists.

People’s habits have also changed due to lockdown, he argued, with Londoners behaving ever more like Continental Europeans, and dining alfresco.

“There’s been a behavioral change — usually the English weather prevented people from sitting outdoors, but now they’re happy to wrap up warmly” and sip that drink.

Jason Tesoriere, general manager at Colbert in Sloane Square, part of the Corbin & King portfolio and sister to The Wolseley, Brasserie Zédel, Fischer’s and The Delaunay, said that Colbert’s outdoor terrace has been packed since April, with people eager to dine out “in any way, shape or form.”

Colbert has also joined its neighbors, The Botanist restaurant and the Royal Court Bar (part of the nearby theater), to put tables in Sloane Square. Colbert has also opened a pop-up cocktail bar and earmarked part of the square for games of Pétanque.

Tesoriere said that people have been returning with gusto indoors and outdoors. On Wednesday morning, he said, Colbert was completely full within 20 minutes of opening at 8 a.m.

That momentum is set to build in the coming months.

Jace Tyrrell, chief executive officer of New West End Company, which represents hundreds of businesses around Mayfair and Oxford Street, said he’s seeing “increasing consumer confidence, and pent-up demand from office workers desperate to get back to their workplaces” (yes, those people do exist) adding they would boost footfall and spending potential for those businesses.

Museums, galleries and collections are also reopening in earnest, with new David Hockney and Michael Armitage shows at The Royal Academy of Arts; a blockbuster Thomas Becket show, “Murder and the Making of a Saint,” at the British Museum, and “Sneakers Unboxed: Studio to Street” at the Design Museum all opening this month.

The Victoria & Albert Museum is making way for a series of events, including a show exploring the “global impact” of “Alice in Wonderland” and the arrival of the artist-jeweler Cindy Chao’s Peony Brooch, which will be on permanent display at the museum’s William and Judith Bollinger Gallery.

Set with rubies and purple-tinted titanium, the brooch took Chao a decade to make and is the third Chao design to become part of a museum collection.

In early June, the much-anticipated “Royal Style in the Making” will open at the newly restored Orangery at Kensington Palace with original sketches, fabric swatches and unseen photographs exploring royals’ relationships with their couturiers.

There will be a major focus on Princess Diana — who would have turned 60 on July 1 — and her circle of designers, which included David Sassoon, Bruce Oldfield and Catherine Walker.

Where to Drink, Eat and Chill Indoors as London Opens for Business