The retailer is taking its Nomad concept to Berlin, and plans to set up shop in an abandoned supermarket in Mitte.

Browns will take its Nomad concept to Berlin in November.

LONDON – Browns is taking its show on the road, to an abandoned supermarket in Berlin, where it plans to open a three-day pop-up in November, WWD has learned.

The London retailer is working with Reference Studios, the fashion and lifestyle communications agency and consultancy, on Browns Berlin, an experiential retail concept in the Mitte district. A full schedule for the three days has yet to be announced.

This is the third iteration of Browns Nomad, after Browns East in London and a stop in Los Angeles.

Browns Berlin will look to immerse the local community in its world through a series of experiences and exclusive partnerships across fashion, art and music. Customers will be able to shop with guaranteed next day delivery via the Browns Fashion app.

Holli Rogers, chief executive officer of Browns, said the store will stay true to its Nomad ethos by fusing local and international partners and brands together “to create a multi-sensory experience. Germany represents a key growth market for Browns, and Berlin has a burgeoning creative community that resonates with our luxury offering.” 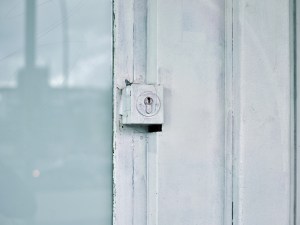 Browns is headed to Berlin with its latest Nomad traveling retail concept.

Browns East opened two years ago in London’s Shoreditch with the aim of blending physical and digital retail. The idea has been to keep the shop floor fluid and flexible, with concepts that can be packed up and transported to various cities for different lengths of time.

Tyler Psarras, brand engagement director of Browns, said that a core brand pillar is creating a cultural experience for the community where it exists.

“When we decided on Berlin as the next location for Nomad, Reference Studios was the only partner that came to mind to execute this program with us – we have an incredible synergy and a creative connection which felt very organic from the beginning. We are so excited to build some amazing stories in Berlin,” she said.

Mumi Haiati, chief executive officer and founder of Reference Studios, said the plan is “to form a big picture” across various disciplines. “Reference’s expertise consists in bringing spaces to life, and there is plenty of space in our hometown Berlin,” Haiati said.

The retailer has said it wants to “a constantly- evolving space” for the customer. So far, Browns East has organized community-facing events and collaborations with media titles, brands such as Burberry and Off-White, and retailers such as Stadium Goods and Chinatown Market.

It has hosted workshops, custom labs, educational talks, parties, dinners and has looked to create a hub that spotlights its  luxury fashion offer.

Next year, the store which is owned by Farfetch, will mark its 50th anniversary and plans to relocate its flagship store from South Molton Street to Brook Street.