London Retailers Lash Out at Climate Protests as Sales Plummet

The New West End Company has called on Mayor Sadiq Khan and the Met Police to take control of the protests.

By Samantha Conti
with contributions from Sara Liberati
on April 17, 2019

LONDON — London’s West End retailers have lost more than 12 million pounds in sales due to the climate change protests that began earlier this week, resulting in 300 arrests — and chaos for commuters and visitors alike.

The weeks before and after the Easter holiday are critical for London retailers in particular, with tourists from around the world flooding into the capital, many of them with children in tow, looking to take advantage of the weaker, Brexit-rattled pound.

When they are not taking to the streets with their “Tell the Truth” banners, the activists have been setting up camps and sleeping around Waterloo Bridge, Parliament Square and Oxford Circus — and even taking to extreme measures like climbing on top of a train with a “Climate Emergency” banner or chaining themselves outside the house of Labour party leader Jeremy Corbyn.

Protesters outside Oxford Street also focused their criticism on the retail industry: “We need to stop buying so much stuff, because we are just buying and consuming at such a rapid rate. We can reuse and upcycle a lot of the clothes that we wear. A lot of Extinction Rebellion activists have even set up a clothes exchange, where they are swapping clothes,” said one protester who was camping outside the busy shopping thoroughfare. 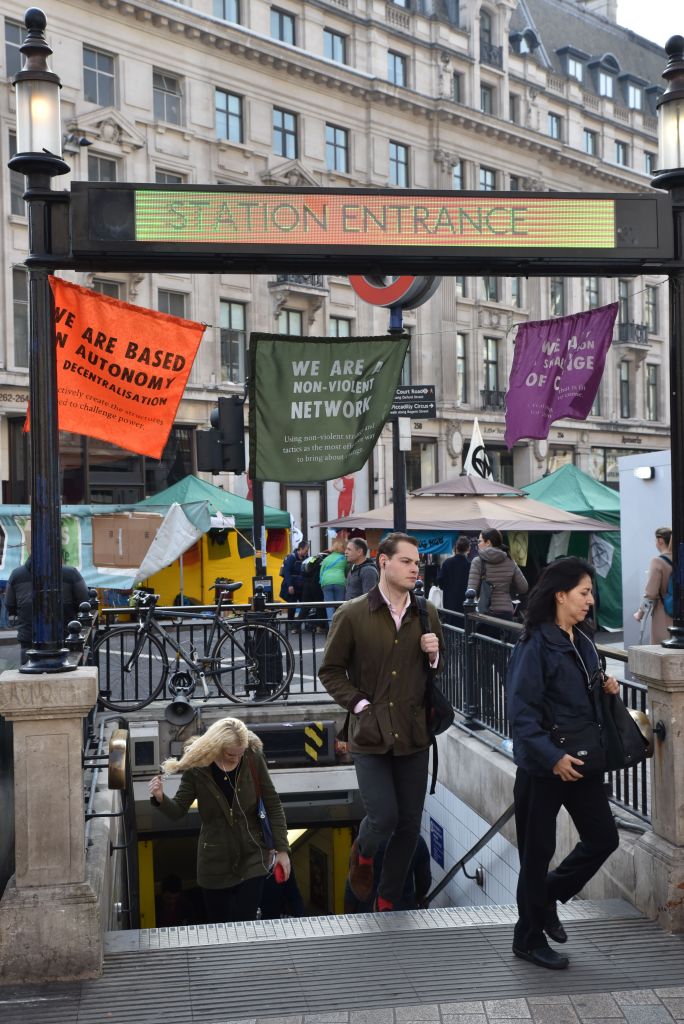 Jace Tyrrell, chief executive officer of New West End Company, said businesses in the area “are deeply concerned by the continued disruption being caused in central London by the Extinction Rebellion protesters.”

“While we fully support the right to peaceful protest, we do not believe that it is acceptable to block, for such a long period of time, some of London’s busiest streets,” he continued. “At a time when our high streets are struggling, this additional pressure is deeply damaging to London’s economy and reputation.”

Tyrrell added that some stores have been seeing a 25 percent decrease in sales and footfall. The main shopping streets of London, as well as the London Underground, are usually teeming with tourists and visitors at this time of year, but with traffic gridlocked and threats of protesters’ disruption on the Tube, many have chosen to stay away from the city center.

New West End Company has penned a letter of complaint to the Mayor of London, Sadiq Khan, and is calling on the Metropolitan Police “to take control of the situation,” and enable companies and their employees to get back to business as usual ahead of the bank holiday weekend, which runs from April 19 through 22. 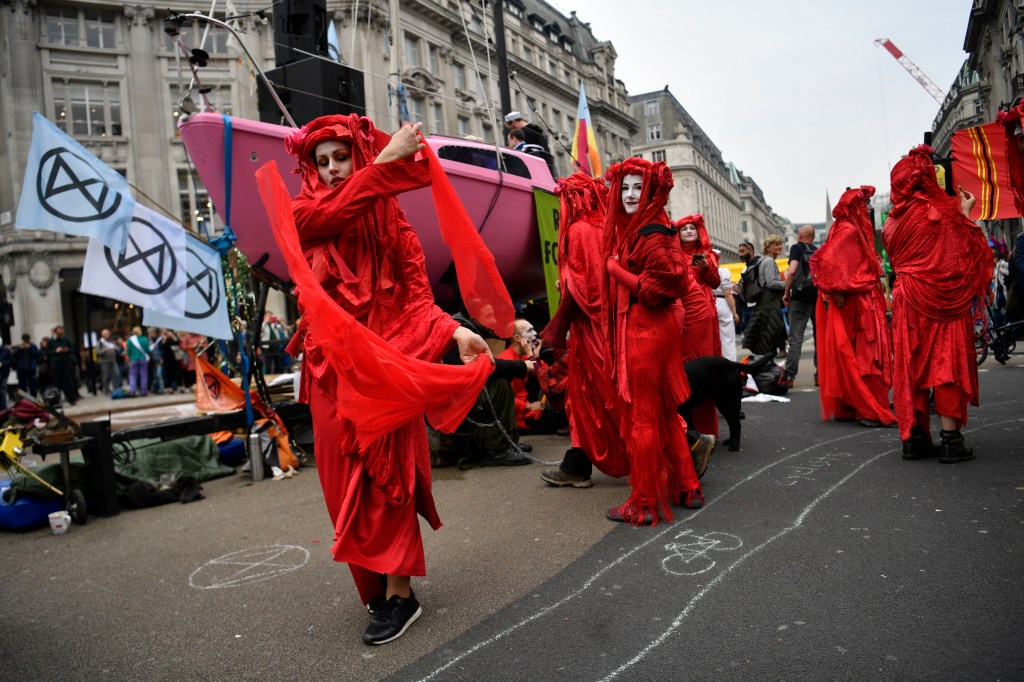 “The West End is resilient, and we know people will still come out over the Easter period to enjoy the shopping and culture, but we want their experience here to be a positive one,” said Tyrrell.

Although protests are taking place — and disrupting traffic in cities across the U.K. and worldwide — London retailers are particularly vulnerable, having to deal with the uncertainty, delay and costly forward planning ahead of Brexit, which has a new deadline of Oct. 31.

London retailers in particular are also facing a host of underlying problems, including rising taxes, falling footfall and cautious shoppers.

The disruption will be especially painful this year, as the retail organization Springboard had earlier forecast a 2.1 percent uptick in footfall for the Easter weekend. Springboard said its forecast of a bounce back over the long weekend compares with “an exceptionally poor Easter last year.”