Westminster City Council plans to pour 150 million pounds into Oxford Street and its environs to transform the area into one of the “most sustainable” districts of its kind.

LONDON — The British capital remains fully locked down with no date set for lifting restrictions, but a pinpoint of light is on the horizon with plans for a reimagination of Oxford Street and its environs.

Westminster City Council has unveiled plans to pour 150 million pounds into the Oxford Street District framework, with the aim of transforming the area into one of the “greenest, smartest and most sustainable” districts of its kind.

Plans to refurbish the area were already in place pre-pandemic, but Westminster said it will accelerate them as London comes out of lockdown later this year.

On Feb. 22, Prime Minister Boris Johnson is set to outline his plan for easing restrictions here as the successful vaccine rollout continues and deaths and infection rates decline.

The council said Tuesday that shovels should be in the ground in the Oxford Street area “within weeks” as part of a package of interim support to aid post-pandemic recovery. The plan is to restore the area into a “must visit destination” of choice for domestic and international visitors when restrictions ease, “as well as the place to start, grow and expand businesses.”

There are plans afoot for a new Marble Arch Hill temporary visitor attraction at the west end of Oxford Street; a “greening” program; a “pedestrian first” approach to the area, and zero-emission transport network. 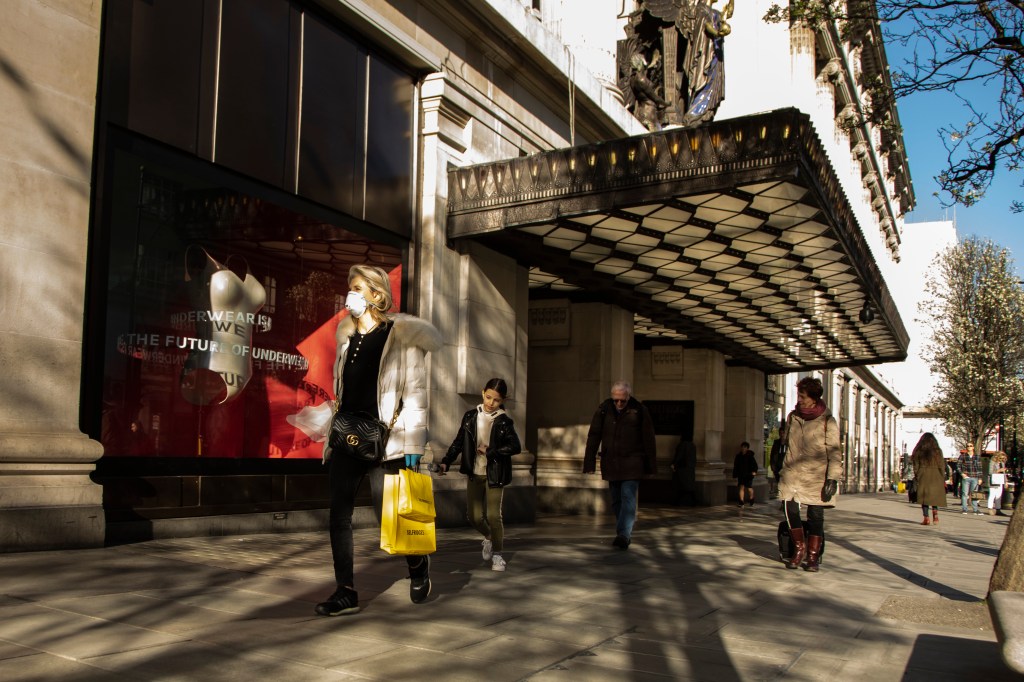 There are also plans to “reuse and reimagine” existing buildings, “explore new models of living and working” and support small and medium-sized enterprises including shops, pop-ups, offices, restaurants and leisure activities.

The council said it wants the area to be a global center for culture, arts, leisure and creative industries.

Marble Arch Hill will be a 25-meter-high attraction that could attract 200,000 visitors and support millions of pounds in incremental spending for the local economy across the retail, hospitality and leisure sectors in the West End, according to the council.

He said the past 12 months have been the toughest on record for businesses on Oxford Street and the surrounding area, “and these ambitious plans are a sign of a forward thinking, sustainable and agile future for the district, creating an altogether stronger and more exciting high street that caters to the needs of the ever-evolving consumer.”

Westminster City Council Leader Rachael Robathan described the West End as “the engine of the London economy” and a huge employer which has been hit hard by the effects of COVID-19.

“We are confident that our bold plans will secure the district’s long-term success, running alongside our creative, interim plans to boost the capital’s post-pandemic recovery. We want to focus attention on this iconic center of our city which has been increasingly overlooked and to cement its status for the future as a key central London destination.”

Westminster City Council certainly has its work cut out.

Oxford Street and the surrounding neighborhoods are deserted and when stores do reopen, there will be gaping holes where Debenhams, and all the units belonging to the Arcadia brands used to be.

Debenhams and the Arcadia brands were sold to online retailers Boohoo, Asos and Australia’s City Chic Collective, but their physical stores were not part of the deal. 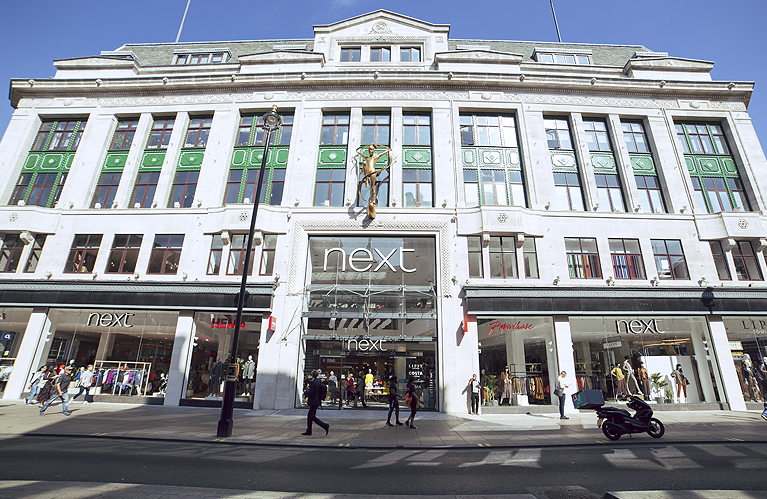 The Next flagship on Oxford Street in London.  Courtesy Photo

It remains unclear what will happen to the Topshop/Topman flagship in Oxford Circus — the biggest and most strategically located of the Arcadia properties — as it is being sold separately.

The neighborhood around Oxford Street is also set to see a major reshuffle as many other brands have gone bust or seen their leases expire during lockdown. Indeed, thousands of stores are closing and tens of thousands of jobs are being lost in the sector.

The Centre for Retail Research is expecting the first half of 2021 to be worse than 2020 as a whole, with 200,000 job losses set for the sector and more corporate failures. In 2020 total job losses amounted to 182,564 — mitigated by a generous government furlough program — while 16,045 stores closed.

Others are wondering how long it will take international tourists to return to the U.K. post-pandemic.

Last week Brian Bickell, CEO of the West End property company Shaftesbury told The Telegraph newspaper that overseas visitors may not return in numbers before “late 2022, perhaps not until into 2023, being realistic.”

But the pandemic’s aftermath, and the threat of ongoing social distancing measures, won’t be the only deterrent for foreign tourists in London.

As reported, the U.K. Treasury has wiped out all VAT rebates, or tax free shopping, for tourists, a move that has rankled retailers, retail property owners, and industry organizations. With no cash benefit to shopping in the U.K., retailers are worried that tourists will make their purchases on the European Continent instead.