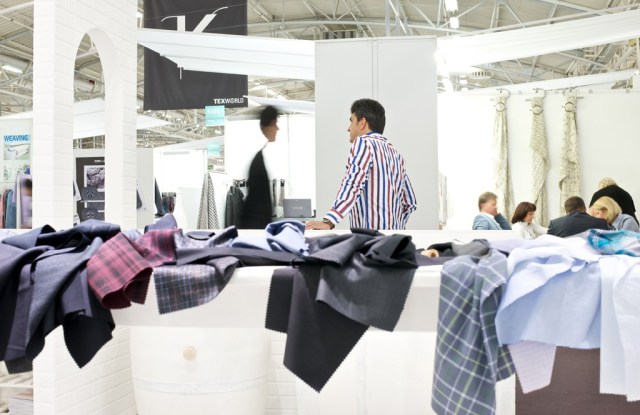 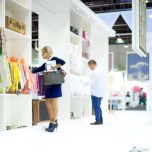 PARIS — With global sourcing in flux and Europe’s sluggish economy weighing on trade, participants at the upcoming Texworld and Apparel Sourcing fairs are sure to focus on scouting for even better prices and new products to gain a competitive edge.

“Globally speaking, we’re not in a period of strong growth, everyone knows that,” said Michael Scherpe, president of Messe Frankfurt France, the organizer of the Texworld and Apparel Sourcing fairs held at Le Bourget here for four days starting Feb. 12. “Europe remains in a mood of stagnation, even recession, which of course weighs on the rest of the global economy. But despite everything, the economy exists. It has become more difficult, it is more competitive and errors are rapidly sanctioned.”

Scherpe said companies today need to be highly flexible, meaning they have to be able to target a market and then possibly six months later target another “because certain givens have changed too much.”

“There are opportunities in the global market, but they are more fluctuating,” he said.

To seize those opportunities and improve a company’s economic outlook, Scherpe said a powerful solution lay in “motivated” negotiating for lower prices, better conditions and searching for new products, all of which are best achieved through individual contact at venues such as trade shows.

“Especially during this crisis, we need people to come together to fix it,” he said. “They won’t do it alone and they will solve it if they meet — better prices can be found at a trade show. Those who are motivated will reap all the benefits.”

Those attending the Paris shows will have their pick of 625 weavers and manufacturers set to show their spring 2014 collections at Texworld and Apparel Sourcing. The 85 new weavers at Texworld will represent offers from South Korea, China, Egypt, India, Hong Kong, Thailand and Turkey. Apparel Sourcing will showcase 17 clothing manufacturers new to the show, including six from the European Mediterranean basin, and the number of their exhibitors is up by 15 percent. The Chinese New Year is expected to slightly decrease the number of weavers at Texworld.

“Buyers in recent years try to diversify more, so as not to be dependent on a single source,” in case of political and economic turmoil or natural disaster in those places, said Scherpe. “There has been a balancing of sourcing, but at this point, the industrial fabric hasn’t changed a lot. We can’t do everything near home (in Europe and around the Mediterranean basin) because the industrial means is lacking — there aren’t enough factories. And reindustrialization doesn’t happen just by pushing a button.”

Closer to Europe, Turkey has benefited from sourcing redistribution and is now the country with the second-largest number of companies showing at Texworld.

New exhibitors to Apparel Sourcing, with a focus on manufacturing, come from Bangladesh, Egypt, India, Portugal and Tunisia.

“We are working closely with Messe Frankfurt’s offices in the main countries for sourcing and with organizations for export assistance, in addition to national associations so that new manufacturing companies are encouraged to come to Paris,” he said. “Last September, three Pakistani companies came to Paris, augmenting the ranges offered at the exhibition thanks to the support of CBI,” a Dutch organization that helps promote exports from developing countries to Europe, added Scherpe. CBI will also be present at the show with new exhibitors from the Mediterranean area.

Show organizers also said that due to tighter budgets, demand is up for more practical items, such as men’s shirting. As a result, Apparel Sourcing is expanding its range of shirting manufacturers from Turkey and Tunisia.

Texworld will be artistically organized around the theme of “desire” and new exhibitors include Balsoy Tekstil from Turkey, known for its innovation in woven and dyed cottons; Gemma Knits from Thailand, with technical fabrics for lounge, beachwear and lingerie; MJ Youna Co. from South Korea, with ultralight Lurex styles for day or eveningwear, and Turkey’s Antik Dantel, which will show its high-end and middle-range lace and stress its ability to produce large quantities quickly.