Looking for the Right Blend 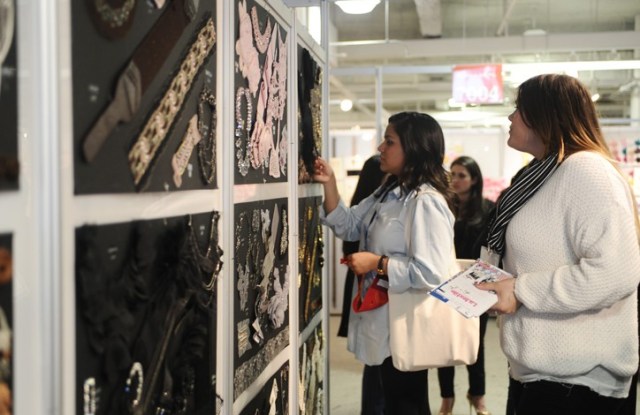 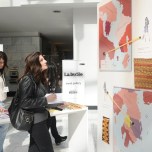 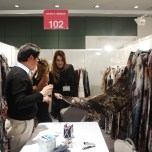 Held at the California Market Center, the three-day show that ended Wednesday drew designers from various parts of California and as far away as Hawaii in search of textured textiles and novelty. Exhibitors and attendees said they continued to grapple with a challenged economy that keeps encountering obstacles despite some gradual improvement.

“We expect 2012 to hopefully be better,” said T.H. Min, president of Fashion Flying, a textile maker based in Seoul. “There are unexpected problems like the Middle East war and Japan’s earthquake and tsunami. [Consumers] are worried about the future and don’t want to spend money on clothes.”

On the bright side, Min and other Korean executives said they hoped the imminent passing of a free trade agreement between South Korea and the U.S. would eliminate taxes and tariffs that add as much as 33 percent to prices.

“For the textile [industry], it’ll help a lot,” Min said, “because there’s a lot of price difference between Korea-made and China-made [fabrics].”

“I’m looking for new prints with movement,” said Sobolev, eyeing one swatch printed with an image of horses running in water.

Thinking of how sensitive her customers are to pricing, she pondered using the digital print on polyester instead of silk, thus saving $8 a yard.

“We’re doing a lot of fabric mixing — silk on front and knit on back,” she said of another cost-cutting technique.

Lissette Guzman, designer of a lingerie line called Madame X in San Diego, sought lace, sequins and dynamic color combinations such as black and red to give her customers the neo-vintage trend that was popularized in the movie “Burlesque.” Keeping her retail prices between $30 and $90, she felt she had little choice but to work with foreign mills that were more competitively priced than their domestic counterparts.

“A lot of people are not spending so you have to keep your cost low,” she said. “Foreign markets offer a lot better pricing.”

Deena Tearney, designer of women’s contemporary label Umee in Honolulu, preferred natural, breathable fabrics that would suit the Hawaiian climate. Although cotton and silk were her top choices, she was concerned about their rising costs.

“I was looking at some alternatives,” she said, adding that bamboo and hemp were possible new fabrics she’d try. Blending other fibers with cotton was another option, but “it’d have to feel right,” she said.

Textured textiles attracted Fran Farmer, a San Anselmo, Calif.-based designer who is working on launching a contemporary knits line. In addition to double knits and ponte, she also liked bouclé and crepe with a high twist. Even though the expo was highlighting the spring 2012 season, she was shopping for materials for her fall debut collection.

Exhibitors appealed to buyers with an array of eye-catching fabrics. Avetco Inc., based in Pacoima, Calif., layered lace over cowhide that was priced at $5 a square foot. Japan’s Yagi offered a heavyweight heathered French terry for $16 a yard. Los Angeles’ City Textile Inc. made its debut at the trade fair with colorful polyester knits costing $4.50 to $5 a yard. Despite prices running from $40 to $90 a yard, France’s Solstiss received attention for its cotton guipure displaying a variety of patterns, such as cobweb-inspired circles and big flowers. Epic Textiles pushed novelty in the form of eyelet and crinkled mesh dotted with tiny nubs.

“You can get basics in the big-box stores,” said Connie Crebbin, a sales representative for Epic Textiles in Vernon, Calif. “It’s great to have texture. It’s great to stand out on the rack.”

The show’s Premium Korea Pavilion gathered 13 brands in the CMC’s Fashion Theatre on the first floor. Lenzing, the Austrian-based fiber producer that owns the trademark for Tencel, more than quadrupled the number of participants in its grouping in the penthouse to 22 from four. As cotton’s pricing and supply have become less stable and the demand for a soft, draping fabric like Tencel has risen, Lenzing said it’s been receiving more requests from mills to switch from spinning cotton to producing Tencel, which averages in price from $3 to $6 a yard.

“People are looking for alternatives,” said Tricia Carey, a merchandising manager at Lenzing.