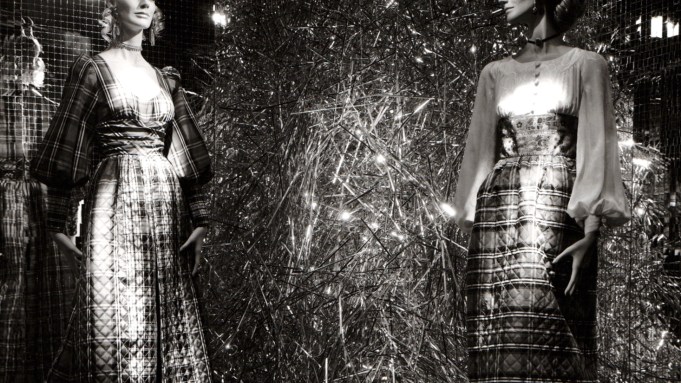 Fifth Avenue’s magic during the holidays is due in part from the Christmas windows that are on display to celebrate the season. Here is a look at some of the windows at Lord & Taylor from years past.

The early years, in this case starting from December 1935, were photographed in black and white. The themes then appear more traditional in nature, with the required Christmas tree, wreath or presents on display. But times change and it wasn’t until later on — 1980 is this group of photos — that color film was used. That change also seemed to have coincided with a shift in the visuals of the windows, now more intricate in detail and, at times, even whimsical, such as the clown scene in 2000 or the “Puss in Boots” from 2005.

The photos are part of the Lord & Taylor archives made available from WindowsWear Pro.

WindowsWear has an archival collection of select fashion windows and visual displays dating back to 1931. The collection provides retailers, designers, brands and creative professionals with photos for competitive research, inspiration and trend ideas over the years as they look to create visuals for today’s store windows.

The creator of the digital look book on store window displays counts as clients Nordstrom, Macy’s, Calvin Klein, and fashion schools such as Fashion Institute of Technology and LIM College.