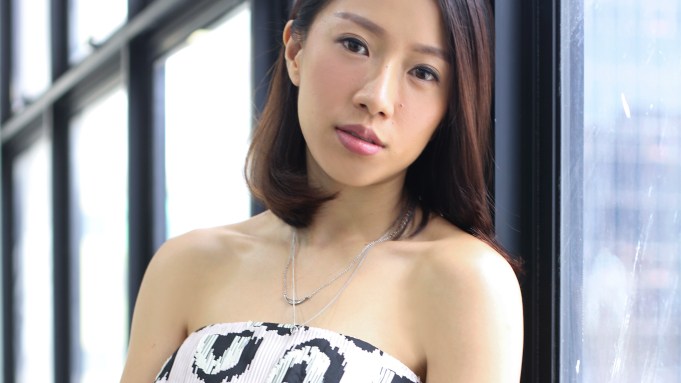 BANGKOK — In 2010, Rachel Lim was at a crossroads. With two of her best friends, Velda and Viola Tan, she had been selling used clothing for the past three years from their popular “blog shop,” Bonito Chico. With their e-boutique, the three young women were able to gain a loyal following in Singapore during the halcyon days of online shopping.

It appears that the gamble has paid off. Revamped as Love, Bonito in 2010 and producing clothing they designed, the trio’s brand has taken off in Southeast Asia as the go-to online store for young Asian women. As chief executive officer of the company, Lim was named one of Forbes’ “30 Under 30” in Asia’s retail and e-commerce sector last year.

But their 10-year journey was filled with mistakes, she admitted, as the bulk of their challenges came from dipping their toes into online retailing, which was still unexplored at the time.

“On the know-how and skill sets in terms of running a business, it was hard, because having an online clothing label back then was one of a kind,” Lim said. “There were no hard and fast rules, or any go-to rules per say.”

With a rapidly growing population of middle-class consumers, retailers and brands are starting to take note of Southeast Asia’s potential, opting to open traditional brick-and-mortar stores in nontraditional cities like Phnom Penh or Hanoi. But e-commerce is a tougher nut to crack, according to a report last year by management consulting firm Bain & Co. It found that of the 400 million potential consumers, only 150 million are willing to venture online for their shopping needs.

However, the market is reaching a tipping point.

“While 100 million consumers in Southeast Asia have made a digital purchase, a far larger group — 150 million — has taken the first big step of researching products or engaging with sellers online,” the Bain study said. “Online retail penetration may be small, yet consumers are highly influenced by digital content.”

Another recent study by Google and Temasek Holdings showed that the regional e-commerce market is expected to be worth $87.8 million in 2025, a “modest” 6.4 percent of total retail sales, said Desmond Sim, CBRE’s head of research for Singapore and Southeast Asia.

“This would be a substantial portion of retail sales, but not to the extent that physical brick-and-mortar shops are cannibalized,” Sim said, adding that with the rise of Internet users in the region, as well as a sizable youth demographic, the future looks promising.

“In fact, Indonesia is expected to comprise 52 percent of e-commerce in Southeast Asia by 2025,” Sim said. “By 2025, Vietnam, the Philippines, Thailand and Malaysia will all be sizable markets with e-commerce sales ranging from $8 to $11 billion.”

For Love, Bonito, the online playing field has already changed drastically in the last 10 years. The company has grown significantly since its early days when Lim and her cofounders were hawking used clothing on Friendster and Live Journal.

With its eye set on attracting young working Asian women, Love, Bonito’s price points range from $25 to $50 and their designs are simple, favoring muted colors in boxy and A-line shapes. Cutouts, asymmetric hemlines and jumpsuits also abound, though the overall sense of being put-together pervades the entire site. The brand has also previously worked with designers, such as Parisian couturier Julien Fournie and Indonesian dress designer Tex Saverio, to create collaborative lines in an attempt to meld high fashion with fast fashion.

Today it also has pop-up stores in Singapore, Indonesia and Malaysia, as well as a brick-and-mortar store in Cambodia. It delivers more than 6,000 packages each week all over the world, said Lim — a substantial jump from 2010, when it shipped roughly 200 packages, mostly within Singapore.

After overcoming the issue of logistics and payment — the early days of e-commerce relied on ATM bank transfers, a huge point of contention from customers who had never online shopped before — Lim said the biggest challenge is to stay on message with their target audience. In today’s ultracompetitive world — where online retail giant Zalora reigns — one might be tempted to do something for everyone, Lim said, but their 10-year tenure has taught them otherwise.

“That’s one lesson we learned early in the days, to not be greedy and cater to every single kind of woman,” she said. “There are so many thousands of competitors here and we [Southeast Asians] wouldn’t give our attention to a brand that is unclear and trying to find its footing.”