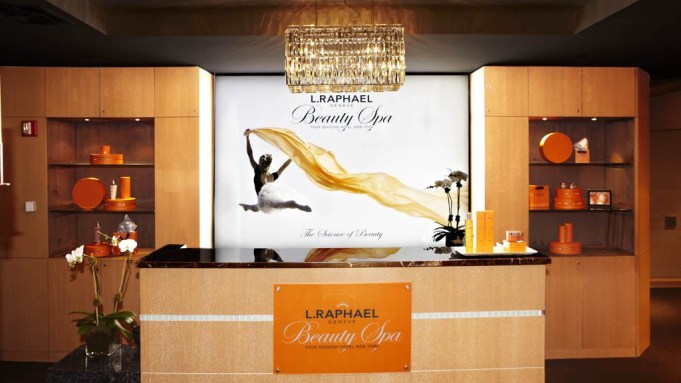 Geneva-based spa L.Raphael, whose focus is on bespoke services and time saving for its high-end clientele, is in expansion mode.

“We are very strong on time management because with our clients we see they have all the money in the world, but they don’t have the time to spend it,” said Ronit Raphael Leitersdorf, founder and chief executive officer of L.Raphael. “If a client wants to benefit from a few treatments but does not necessarily have the time to spend more than an hour at the spa, we build a program with our therapists, based on two or three treatments to be performed in the same room.”

The spa’s first location, L.Raphael Temple of Beauty, opened in 2005 on Rue du Rhône in Geneva. Since then, Leitersdorf has opened 17 doors worldwide, including Italy, Israel, Russia and, most recently, New York via a spa within the Four Seasons and a stand-alone location called La Maison at 4 West 58th Street. Between the two U.S. spas, industry sources estimate they will generate between $8 million and $10 million by the end of the year. Over the next two years, plans call for four new locations in the U.S., two in London and several in the Middle East. Looking to 24 months from now, industry sources estimate the business will be worth more than $100 million, generated from 23 to 25 locations.

“At L.Raphael, we pride ourselves on catering to the nuanced needs of our discerning clientele, who do not have the luxury of time to pamper themselves and take care of their skin,” said Leitersdorf, adding that the spa has also just signed on to open a medical antiaging space in private, Geneva-based clinic Clinique Générale-Beaulieu. “Having recently opened two locations in the U.S., and one in Russia, we look forward to even greater global expansion as we set our sights on the Far East.”

Services, which are priced between $500 and $3,000, include everything from oxygen-based facial and body sculpting treatments to hair styling and high-definition makeup, a less-invasive alternative to permanent makeup. Also available at the spa locations and online is a 22-piece product line, priced between $90 and $950, designed to mimic the salon experience. In June the brand will extend the lineup with a highly concentrated vitamin C treatment said to promote collagen production.